Opinion: Not everyone is happy this New West street is safer

Few letters to the editor are able to make my heart soar. Thirty years in journalism will make a person jaded like that.
Aug 1, 2020 5:24 AM By: Chris Campbell 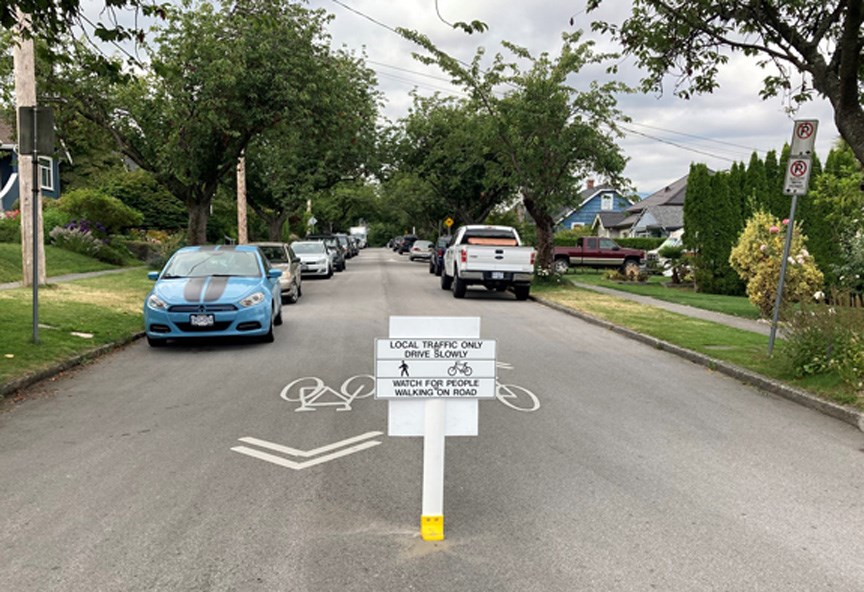 A sign in the 400 block of Fader Street in New Westminster. Submitted

Few letters to the editor are able to make my heart soar.

Thirty years in journalism will make a person jaded like that. Most of letters I’ve read over the years are cranky diatribes that usually centre around taxes being too high or crying because things “aren’t the way they used to be.”

And then I received a letter to the editor from a resident of Fader Street in New Westminster.

Written by Brennan Anstey, the letter is full of joy about how residents got together and took advantage of the City of New Westminster’s Streets for People initiative.

You can read the letter here, but it outlines how it took just six weeks for folks in the 400 block to get a proposal approved to have this street marked as “local traffic only.”

“Other cities are doing it,” Anstey wrote. “Let’s talk to each other and create a better place to live for all our neighbourhoods, one street at a time.”

The letter was one of our most-read articles in July and received some really positive feedback.

Well, for one day, at least.

Now I’m receiving hate mail towards the city for approving the Fader changes.

The hate towards the city, and the Fader residents, involves people on nearby streets who say their traffic has increased noticeably since Fader went to local traffic only.

What’s “ridiculous” is being so angry about this situation that you write “was someone paid off?” about some road changes. It never ceases to amaze me the conspiracy theories people put forward when it comes to city politics.

In all, I’ve received emails from four different residents of either Kelly or Garrett. None want their names used, of course, but they all want to scream at the Fader residents and the city for trying to make a street a little safer.

And yet, I get their point. It’s great to make one street safe, but there are sometimes unintended consequences.

I refer you to an area in North Burnaby that has street humps one some of the streets along a notorious ratrunner route in which drivers try to avoid Hastings. Residents say drivers know which Heights streets don’t have the humps and so they race along the next streets over. The area needs a total traffic approach to improve safety.

So I feel for other residents if drivers just take the next street over to go too fast. But don’t write anonymous snipes to the newspaper and spin conspiracy theories about it.

The City of New Westminster has opened its ears to residents and is listening to proposals and ideas. So get off your duff, go door to door to your neighbours and put together a proposal.

Ansteysaid he wrote to City Engineering (engpost@newwestcity.ca) about the situation and things moved from there.

This is just the beginning of Streets for People and it is refreshing. It's not some evil plot, so stop acting like it is.

Be thankful you don’t live in Burnaby, where the traffic safety committee turns requests from residents into a Bataan Death March, seemingly in hope that people will just give up.

Almost two-thirds of Canadians support idea of vaccine passports: poll
May 6, 2021 6:00 AM