On June 22, New Westminster City Council approved the city’s participation in an inter-municipal business licence for ride-hailing agencies to operate in the region.
Jul 10, 2020 8:00 AM By: Elliot Rossiter 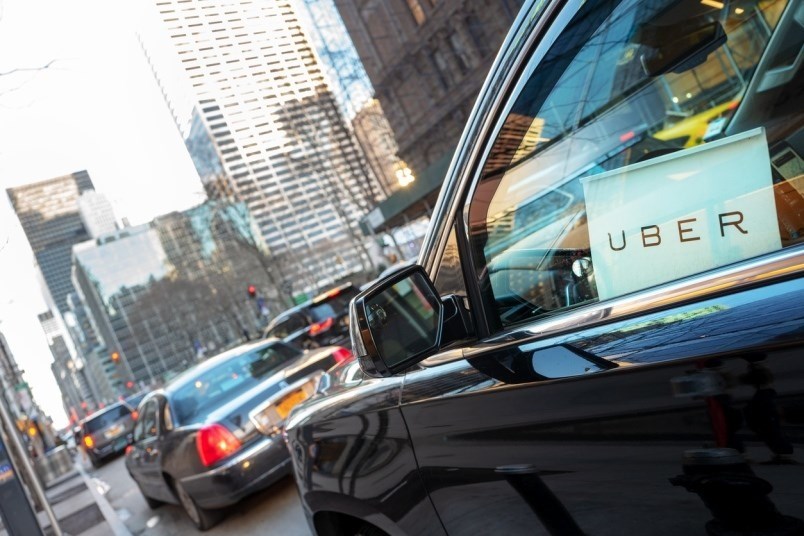 On June 22, New Westminster City Council approved the city’s participation in an inter-municipal business licence for ride-hailing agencies to operate in the region.

While there are some merits to participating in this licence scheme around the integration of transportation options and data collection, I think that a basic condition for ride-hailing agencies such as Uber and Lyft, as well as food-delivery services such as Skip The Dishes and DoorDash, to operate in the Metro Vancouver region should be that workers for these types of companies must be classified as employees and not as independent contractors.

These workers must be guaranteed employment rights and paid at least a minimum wage net of vehicle expenses and other incidentals.

There are many reasons why the failure to ensure this basic floor is economically unjust, but the problem of the distribution of economic risk is worth considering in the growth of the gig economy.

One of the broad trends in the economy over the last 50 years or so has been the downloading of risk from the aggregate to the individual in ways that have increased economic insecurity for many people.

In The Great Risk Shift, the political scientist Jacob Hacker describes various aspects in which the downloading of risk has been harmful in society: the decline of defined-benefit pensions has led to more retirement insecurity for individuals, the deregulation of financial institutions has led to various kinds of financial insecurity, and the erosion of collective bargaining and the outsourcing of employment have led to increased insecurities for workers.

The rise of the gig economy increases economic insecurity. It doesn't just merely unlock certain side jobs for people who are already affluent; rather it shifts more economic risk from the employer to the employee, as outsourcing leaves workers with fewer protections and less stability.

While outsourcing in the gig economy has undeniably led to increased income inequality – with all of its attendant problems – another important issue to consider is the way in which the gig economy has increased income volatility such that lows in month-to-month income fluctuations have become lower for average workers, and this has seriously harmful effects not just for individual workers but for the community more broadly.

To get a more detailed sense of the problems faced by gig workers in Canada, the following two resources are worth consulting: The Tyee’s “Life in the Gig Economy” series outlines the challenges and pressures faced by gig workers; and CPA Canada’s “The Perils of Living Paycheque to Paycheque” explores the serious problem of income volatility in the Canadian context. The economic realities described in these resources should lead us to fight for income security for workers in the gig economy.

A common objection is the "if you don't like the work conditions, why don't you get another job?" type of response. But this objection has at least two problems with it.

First, the objection seems to presume that there exists a plentiful supply of secure jobs such that any one individual could reasonably opt out of contingent jobs structured in a model like Uber or DoorDash and move to more secure structures in the economy.

If this were really the case, there wouldn't be as much of a problem here. But the gig economy is something that is growing in scale and we should be deeply concerned about a situation where a large class of workers can't find work outside of precarious gig structures. Thus, it is important to limit and even reverse some of the pernicious elements of the gig economy.

Second, the objection arbitrarily locates responsibility with the worker rather than with the employer. Indeed, one could just as easily say the following to executives and investors at a company like Uber or DoorDash: "If you don't like ensuring a minimum floor for workers or can’t do it while maintaining a viable level of profitability, then why don't you start a different kind of business where you can do these things?”

A licence to operate a ride-hailing agency or delivery service isn’t a right, but a privilege that should require meeting some basic threshold of ethical and legal standards – ensuring the provision of a minimum wage net of vehicle expenses and other incidentals is one such standard.

I want to conclude by emphasizing that none of this is to disparage the invaluable work done by transportation and delivery workers in our community. Helping someone to ferry groceries home or delivering a meal to someone immunocompromised in the midst of our current moment are examples of things that do our community a great service; thus, the province is right to classify these kinds of work as essential.

But if our praise of these workers is to have substance, it needs to be accompanied by a demand for economic justice.

In fact, I would argue that reciprocal fairness demands that workers who provide for our essential needs should themselves be provided with a living wage sufficient to meet their own essential needs.

While it would certainly be worth exploring how governments and businesses could work together to ensure a living wage for workers, a good place to begin is by ensuring that gig workers are never paid below a minimum wage.

Elliot Rossiter is a resident of New Westminster and faculty member at Douglas College.