Editor: An open letter to Mayor Jonathon Cote and city councillors: I read today with pride that once again New Westminster’s City Council has taken a leading position on an issue of major importance in our province and our country: dealing with clim
Nov 8, 2019 12:19 PM By: Blair Armitage 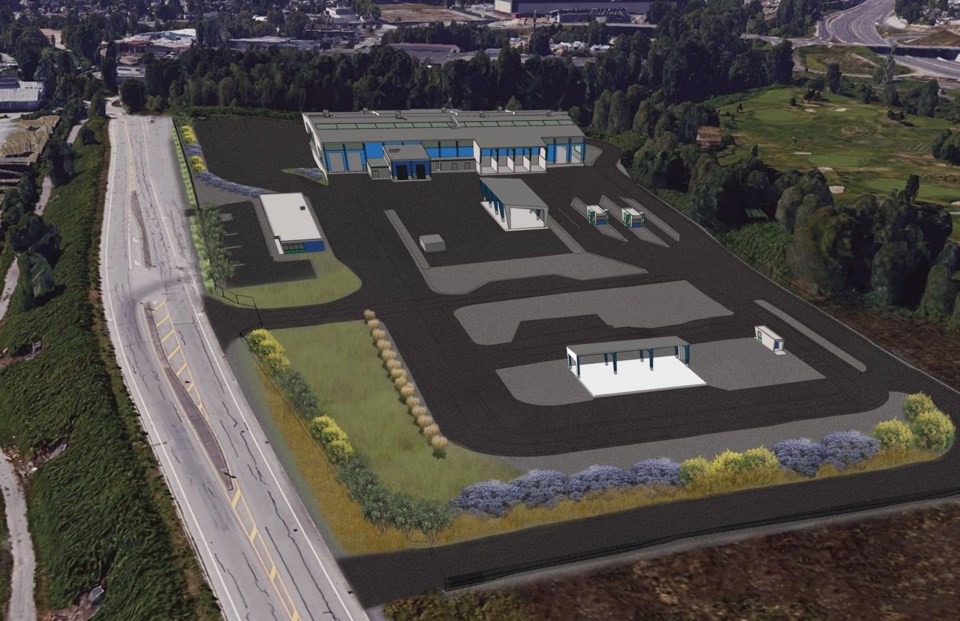 New Westminster is taking part in a new regional facility set to open on United Boulevard in 2020. The new Coquitlam Transfer Station, shown in this rendering, will replace and expand on services currently offered at the New Westminster Recycling Depot.Contributed

An open letter to Mayor Jonathon Cote and city councillors:

I read today with pride that once again New Westminster’s City Council has taken a leading position on an issue of major importance in our province and our country: dealing with climate change.

Regrettably, I fear that such a bold initiative will be seriously overshadowed by council’s recent decision to eliminate our local recycling depot.

I moved here in 2000 from Peterborough, Ont., a community that thought itself on the leading edge of the environmental movement. I was always impressed by the efforts of the City of Peterborough, its university activists and local environmentalists with their zeal towards what we then naively called the three “Rs”.

At the time, I thought the city really was way ahead of the rest of the country. As I look back, Peterborough could have taken lessons from New Westminster. You introduced us to rain barrels and compost containers. You dared to go the distance when you introduced food scraps and green waste collection. To me, the most in your face and daring initiative was to introduce those extra-large green waste containers andcharge each homeowner a hefty fee, albeit subsidized.

And no apologies were demanded.

I know that New Westminster city staff have done the research and presented council with very valid reasons to abandon the present recycling depot. I’m not going to argue those reasons here, but I must present a case that does not fit into the practical or financial guidelines presented by staff – the human element.

In Peterborough during the ‘90s, no one was an advocate for recycling in the city until the municipality made it convenient. Your worship, councillors, this is a step backward if you make it inconvenient to recycle.

How can something so simple be ignored?

I draw your attention to three issues that galvanized the electorate in the past: the storm sewers flooding homes that resulted in major sewer separation in Moody Park, an outdoor swimming pool, and a liquor licence for a 12th Street establishment.

On the surface, these issues seem very tame, but they roused the electorate in a fashion that even today seems improbable.

If you continue your path to relocate the recycling depot, you may find that a revitalization of those political constituencies will rise up against your decision. At the end of the day, this will not be good for New Westminster.

During the last election I voted for many of you on council today. You’ve done a good job on many issues over the past year. I urge you to reverse this decision and look for an alternative to keep our recycling depot in the city.