Letter: 'Lack of political gonad’ when it comes to addressing climate change 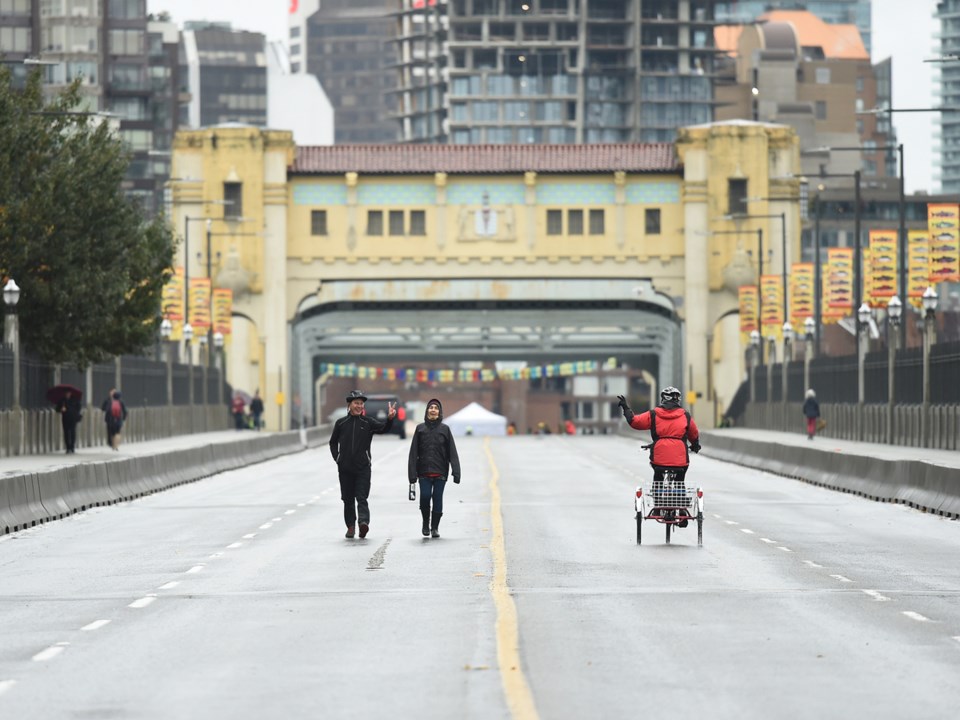 Climate-action protests like the one that closed down Burrard Bridge in Vancovuer on Monday are urgently needed, says a letter writer. Photo Dan Toulgoet

Whether it’s single-use plastics clogging life-bearing waters, the mass deforestation and incineration of the Amazonian rainforest (the ecosystem biomass of which produces 20 per cent of Earth’s oxygen), unprecedented stalling hurricanes, a B.C. midsummer’s snowfall, a vicious heatwave, an endangered whale species gradually dying off, record-breaking flooding or geologically invasive/destructive fracking or drier forests resulting in unmatched wildfires or a myriad of other categories of large-scale toxic pollutant emissions and dumps — there’s discouragingly insufficient political gonad planet-wide to sufficiently address it.

For too long, what politically mattered most was — and, astonishingly, for too many it still does — the seemingly euphoria-inducing creation of jobs, however temporary, and stimulating the economy, however intangible when compared to the destruction of our natural environment.