Letter: How did the New West beer drinker cross the road? With great difficulty

Editor: I am a resident of Sapperton and I live adjacent to the Royal Columbian Hospital.
Jul 13, 2020 9:16 AM By: New West Record 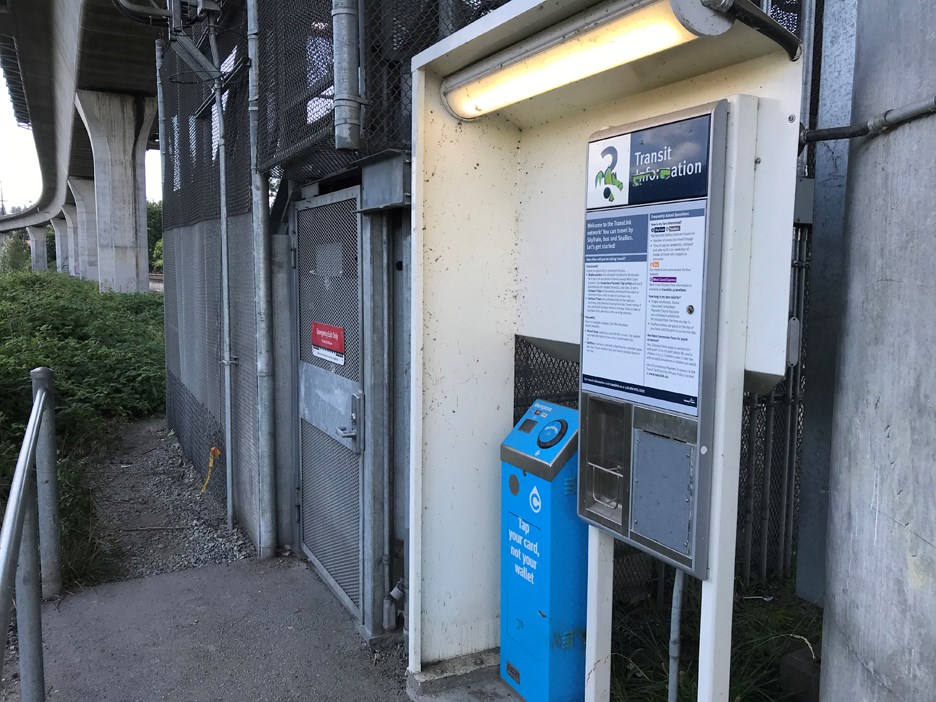 A gate at the Sapperton SkyTrain station. Submitted photo

I am a resident of Sapperton and I live adjacent to the Royal Columbian Hospital.

Recently, I discovered that there is an amazing new microbrewery here in Sapperton operating out of the industrial park just south of Sapperton SkyTrain station.

As the crow flies, Another Beer Company is about four city blocks from my front door and should take about five to seven minutes to walk to. Sadly, the route between the village of Sapperton and the industrial park is bisected by Brunette Avenue, the railway and the SkyTrain.

The route I was forced to take took me 30 minutes and I was forced to detour about three kilometres via the Braid Street railway crossing on Brunette and through a winding series of industrial park streets that were very unsafe to walk as a pedestrian.

I eventually arrived at ABC and sat in their lovely in-house tasting room with a dozen other people who had made the journey to sample their brewery offerings. Amazing staff, pleasant surroundings, great beer.

It should be noted that ABC is about a block south of Sapperton station, whereas I live two blocks north of the station, so instead of detouring around the Braid crossing again, I decided to use the “south end stairs” access to Sapperton station.

I used my Compass card to access the stairs and walked down the platform and out the main exit/entrance to access the north side of the station.

Unfortunately, my compass card was deducted $4.50 for the privilege of walking through the station and being inside the Compass system for only a few minutes.

I am therefore advocating that TransLink reset the card system at Sapperton station to allow “pass through” access for pedestrians to the south end of the station and that they also install signage and way-finding that allow for “south station” access.

At present, there is legal entrance access at the base of the south stairs, but no signage inside the station indicating there is an entrance/exit. It’s a secret.

It is clear that when Sapperton station was built that there was little need for south station access, although it was engineered into the construction of the station.

Presently, due to the explosive growth of Sapperton, there is an immediate and direct need for pedestrians to access the south station stairs for commuting in both directions and to also allow for pedestrian “pass through” to access the area south of the station, as this is the only safe access due to a lack of pedestrian accessibility by any other means.

I have brought this matter to TransLink and I am advocating that the City of New Westminster, as well as the growing business and residential community to the north and south of the station, improve access via Sapperton station and thereby improve the pedestrian safety and business visibility of this rapidly growing community.