The folks at Century House are keen on a free shuttle service in New Westminster – and encouraging other seniors to give it a whirl.
Mar 18, 2016 2:04 PM By: New West Record 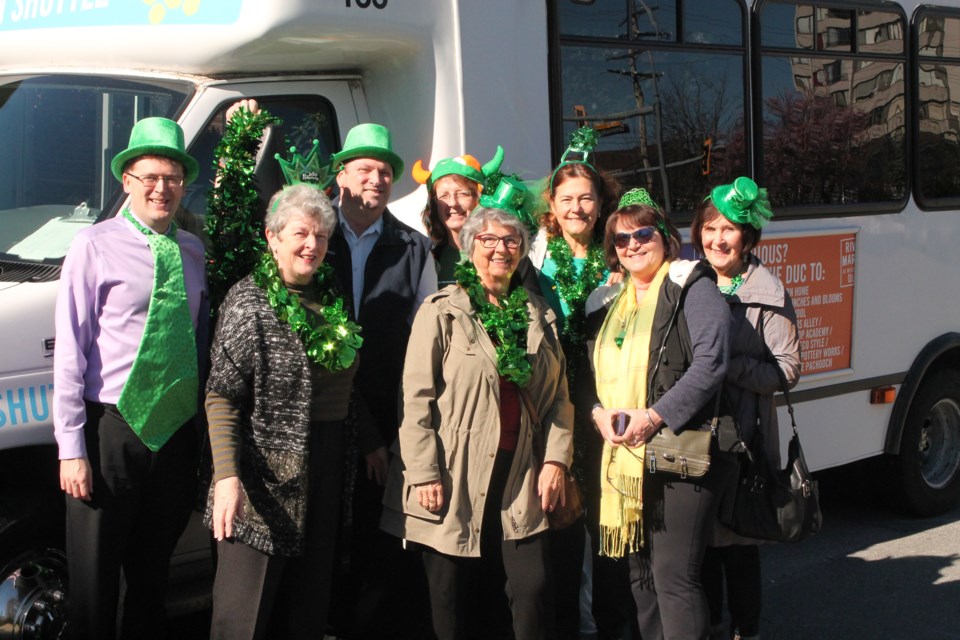 Mayor Jonathan Cote joined local seniors for a ride on the DUC to hear firsthand how much New West seniors appreciate the free shuttle service.Contributed

The folks at Century House are keen on a free shuttle service in New Westminster – and encouraging other seniors to give it a whirl.

River Market, Bosa and Westminster Savings have been funding the DUC service, with the five-month pilot project ending at the end of March. River Market is pledging to carry on for another year – with or without sponsorship.

Seniors at Century House recently invited Mayor Jonathan Cote to ride the DUC with them on St. Patrick’s Day so he could see firsthand whey they’re so keen on the shuttle and want it to continue.

“It’s extremely important,” said Robyn McGuinness, manager of youth and seniors services in the city’s parks, culture and recreation department. “For those people who live in the uptown and can walk to Century House, that’s great. If you live in the downtown, that’s an added expense to get on public transit and get up here.”

McGuinness said a high percentage of New Westminster’s population is immigrants, many who bring older family members to Canada with them. Like all seniors in the community, transportation to services helps those folks participate in community activities.

“When we surveyed seniors, one of the number one barriers to participation in social, recreational or other activities that have helpful benefits is transportation,” McGuinness said.

Seniors attending programs at Century House have found the DUC to be valuable, as it makes a number of stops on its route. The free downtown/uptown shuttle operates Thursday to Sunday from 11 a.m. to 4 p.m.

“It is particularly helpful on Thursday and Friday when people are still having medial appointments etc. and helping people getting to those,” McGuinness said. “We have a number of low-income seniors in the area. It is a free service. There are so many stops around the uptown and downtown. It’s very convenient for them.”

“It’s really valuable,” McGuinness said. “We’d like to see it continue for so many great reasons.”

Salim Hassan, marketing manager at River Market, said River Market has had very positive feedback about the DUC and its ridership has been increasing each week.