Despite some improvement during pandemic, many B.C. residents struggle with work-life balance: poll

More than one-third of B.C. workers say their jobs have strained their relationships with their family and friends.
Apr 15, 2021 6:00 AM By: Mario Canseco 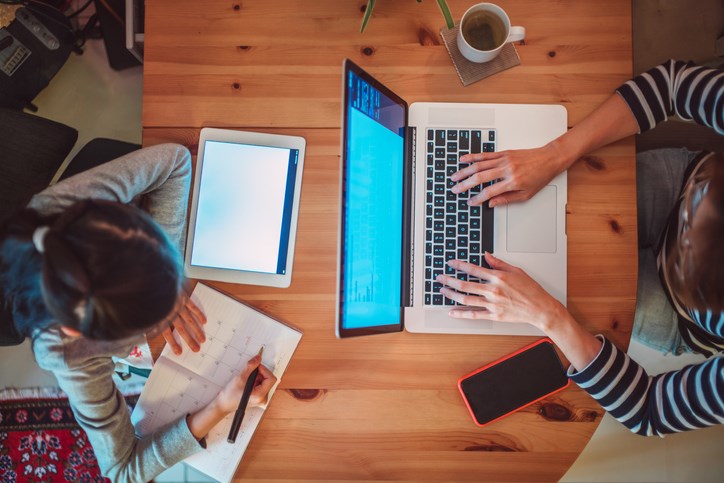 Images By Tang Ming Tung/DigitalVision/Getty
Two years ago, Research Co. and Glacier Media took an initial look at the complexities of people who work in British Columbia.

At the time, we were curious about the way employed residents felt about their obligations, how they viewed their experience compared with that of their parents, and whether their relationships had suffered because of the amount of work they had to deal with on a given week.

A lot has changed in our world since that survey was first completed. COVID-19 has brought modifications as to how some of us are performing our jobs, with only 10% of those who are working from home telling us in March that they expect to return to their usual office full time once the pandemic is over.

It is important to note that women are significantly more likely to feel that their lifestyle is being abandoned (50%) than men (40%). And while only 33% of employed British Columbians aged 55 and over are experiencing the same situation, the proportion climbs to 47% among those aged 35 to 54 and to 50% among those aged 18 to 34.

On a regional basis, almost three in five employed residents of northern B.C. (58%) believe that work is taking precedence over lifestyle. The imbalance is also evident for at least two in five employed British Columbians in Metro Vancouver (48%), Vancouver Island (41%) and southern B.C. (40%).

The Fraser Valley emerges as a glorious place to pursue a career, with just 30% of employed residents saying work is taking precedence and 21% who acknowledge that their lifestyle is the big winner – the highest proportion in the entire province.

Asking about work following us home may seem odd at a time when many British Columbians are labouring from their own dwellings in an effort to curb the spread of COVID-19. Still, there is an expectation that the duties of the office – even when performed remotely – will not reach into our nights and weekends.

We asked employed British Columbians about six “nuisances” associated with the difficulty of establishing a clear difference between work time and leisure time. One-third of respondents (33%) did not have to deal with any of them over the past six months, up from 26% when we asked to years ago.

Still, the incidence on this question was not uniform across generations. While 58% of employed British Columbians aged 55 and over were not bothered by any of these work-related intrusions, the numbers fell to 30% among those aged 35 to 54 and to 19% among those aged 18 to 34. This means that, among the province’s residents who are currently working, the youngest adults and the next-oldest generation continue to be deeply affected by the expectations of their employers.

Staying late at work remains the biggest hurdle, with 35% of employed British Columbians saying they had to do this at least once in the past six months, down 12 points since 2019. More than a quarter (28%, up three points) had to take a work call while they were with family or friends, while slightly fewer had to reply to a work email under the same circumstances (24%, down four points) or had to work from home on a weekend (also 24%, unchanged).

More than one in five employed British Columbians (22%, up one point) had to work from home at night, and 17% (down 12 points) missed a “lifestyle” engagement, such as a virtual or live family gathering or leisure activity, because of work. As expected, younger British Columbians are being exposed to these discrepancies more often. B.C.’s youngest adults are at the top of the list on staying late and missing engagements, while those aged 35 to 54 are more likely to be taking calls or replying to e-mails during what is supposed to be “free time.”

The situation is not particularly great for our mental health, with 35% of employed British Columbians saying that work has put a strain on their relationships with family and friends. While down from 42% in 2019, the proportion reaches 47% among those aged 18 to 34. Income does not play a role in this conundrum, with very similar proportions of those in the low (33%), middle (36%) and high (35%) income brackets acknowledging a struggle.

Across the province, only 16% of employed British Columbians think it is easier now to achieve a work-life balance than it was for their parents. Many may be looking back fondly at their own upbringing and a time without cellphones and laptops.

On some of the issues related to achieving a work-life balance, the numbers appear to be trending in a pleasant direction for employed British Columbians. Compared to 2019, fewer think work is winning over lifestyle. Still, there is little change on how many had their minds at the office late at night or on weekends.

Results are based on an online study conducted from April 3 to April 6, 2021, among 650 adults in British Columbia who are employed full time or part time. The data has been statistically weighted according to Canadian census figures for age, gender and region in British Columbia. The margin of error, which measures sample variability, is plus or minus 3.9 percentage points, 19 times out of 20.