I was still feeling emotional this morning, so I did what I always do: I wrote. This time, though, it wasn't really meant to be a blog post. It was a simple thank-you letter to Hillary Rodham Clinton for her groundbreaking campaign.
Nov 10, 2016 1:51 PM By: Julie Maclellan

I was still feeling emotional this morning, so I did what I always do: I wrote. This time, though, it wasn't really meant to be a blog post. It was a simple thank-you letter to Hillary Rodham Clinton for her groundbreaking campaign.

I mailed her a copy this morning: yes, a real, paper, signed, stamped copy. I don't know whether she'll ever see it, or whether it will get lost in a pile of the thousands (nay, millions) of letters that are undoubtedly heading her way this week.

I do know that I wanted to let her know what her run had meant to me: as a woman, and as a mother.

And I decided to share it here in case there's anyone out there feeling the same way, who - in the face of anger, hatred and vitriol from all sides - just needed to heard it said out loud.

I cried yesterday morning. I was holding it together pretty well until you sent your message to little girls. Then I lost it, because of this one. This little girl right here, who is indeed "valuable and powerful and deserving of every chance and opportunity in the world." 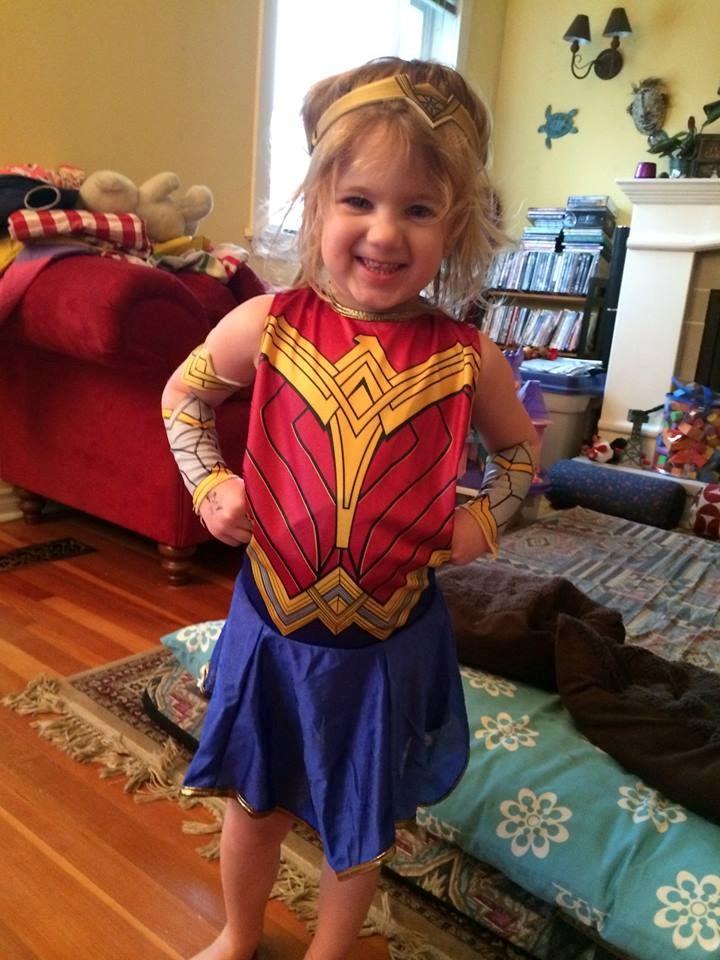 Her name is Charlotte. She is four years old. I cried because you were so right, and because I wanted a different outcome for her. I cried because were so very close to the moment when little girls everywhere could have seen the truth of that eloquent assertion for themselves, with a woman holding the most powerful political post on the planet.

I’m Canadian, by the way. I couldn’t vote; if I were American, my vote would have been yours.

As it is, you won my support, my trust, my profound respect, and my heart.

Fact is, you rocked it. You rocked it for all of us. For women everywhere who have striven to be the best that they could be at whatever it is they set their minds to. For little girls who have dreamed big dreams of being queens and explorers, artists and engineers, teachers and doctors, astronauts and scientists and, yes, presidents.

You made it possible for all of us to believe – in ourselves, and in the possibility for change. You made it possible for us to see that the fight of our mothers, our grandmothers and our great-grandmothers has not been in vain. That in the span of a few short generations we have gone from not having the vote – to not even being seen as “persons” in the eyes of Canadian law – to a world where a woman can literally do anything.

You didn’t do it by simply being in the race, although that was an enormous achievement unto itself. You did it by being in the race with intelligence, with grace, with confidence, with compassion, with strength. You did it by squaring your shoulders and keeping your chin up and facing everything that came your way – all the vitriol and bile and hatred and venom that made the rest of us feel ill just watching it – with a calm dignity that put your opponent and your detractors to shame.

You did it by standing your ground in the face of opposition such as no one has ever faced before and by not allowing the insanity around you to dampen your determination to do it, and to do it right.

You did it by staring down misogyny and hatred and saying, This isn’t good enough. Not here, not today. America deserves better.

America did deserve better. It deserved you, and my heart breaks for you and for your country.

That you would have been a great president I have no doubt. I had no doubt watching you campaign, and I had no doubt when my colleagues and I gathered around a computer in the office to watch you deliver your gracious and inspiring concession speech.

Please know this: You may not have shattered that highest glass ceiling of them all. But you put a crack in it; a crack so huge that it’s only a matter of time before the next woman will step into your shoes and shatter it once and for all. And when she does, she will know what a debt of gratitude she owes to you for paving the way.

Your name will be one for the history books. Generations from now, the world will remember your trailblazing tenaciousness and it will give you the enormous respect that you deserve.

And right here, right now? Right now we will all put on our pantsuits and take up your rallying cry. We will have faith in each other. We will not grow weary. We will not lose heart. There are more seasons to come, and more work to do.

Thank you, from the deepest reaches of my heart, for leading the way for all of us.