Positive views of our neighbours to the south dipped to a staggering low this summer. With Trump headed out this month, are we liking the U.S. more?
Jan 7, 2021 6:00 AM By: Mario Canseco 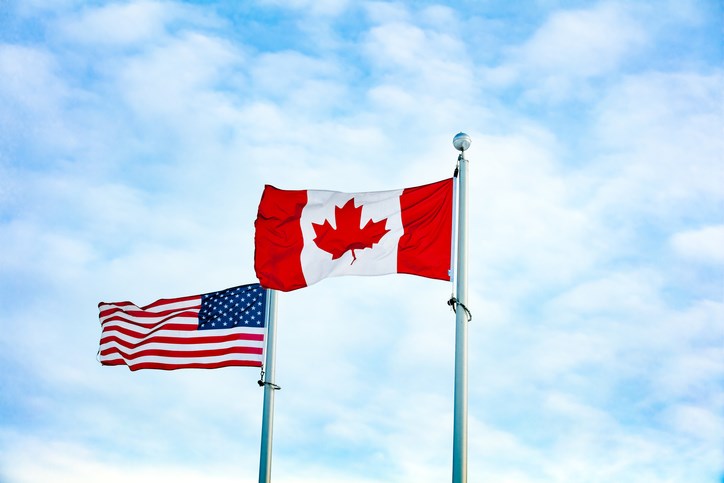 How are Canadians feeling about the United States now that Joe Biden has been declared the winner of the 2020 Presidential election?Katie Wintersgill/iStock/Getty Images Plus

Twice a year, Research Co. and Glacier Media ask Canadians about their perceptions of other countries. We have seen consistently high ratings for the United Kingdom and extremely negative perceptions on traditional non-allies such as Iran, Saudi Arabia and North Korea. The opinions of Canadians have also turned remarkably sour on Russia, China and the United States.

The past six months gave us plenty of reasons to re-ask these questions to Canadians. The handling of the COVID-19 pandemic has led to a rise in international coverage across domestic media outlets, effectively exposing residents to the state of affairs in parts of the world where mitigation efforts and vaccine rollouts have differed greatly from our own experience.

Last year, residents of the former Cold War rival nations participated in two crucial democratic processes—only one of which was thoroughly dishonest. In Russia, a constitutional referendum allowed Vladimir Putin to seek two more six-year terms as president, effectively turning him into a ruler for life. Closer to home, comical court challenges and delusion have marked the last days in office of Donald Trump, an American president whom most Canadians thoroughly dislike.

At this point, there are only five countries that garner positive mentions from at least seven in 10 Canadians: the United Kingdom (78%, up five points since July 2020), Italy (75%, up six points), Germany (72%, up five points), France (71%, up two points) and Japan (also 71%, up one point). The camaraderie between Canadians and practically every member of the G7 continues.

The United States is a different story. In December 2019, almost half of Canadians (47%) held a positive view of our most important trading partner. In July 2020, as the experience with the COVID-19 pandemic was significantly worse south of the 49th parallel, positive mentions dropped by 15 points to a paltry 32%, just ahead of Russia and China.

Now, after Americans decided to show Trump the door, the numbers have shifted again. As the word awaits the arrival of Joe Biden to the White House, 42% of Canadians hold a positive opinion of the United States, up 10 points since the summer. This still leaves half of Canadians (51%, down 11 points) who harbour negative views.

Even as a change in leadership looms in Washington, there are specific groups of Canadians who have not changed their minds about America. Men are significantly more likely to hold positive views now (47%) than women (36%). Just over a third of Canadians aged 18 to 34 (35%) have a favourable opinion of the United States, compared to 42% among those aged 55 and over and 43% among those aged 35 to 54.

On a regional basis, only in Alberta do we find a majority of residents (54%) who hold positive views when asked about the United States. The proportion is lower across all other provinces: 45% in Saskatchewan and Manitoba, 44% in Atlantic Canada, 40% in Ontario, 37% in Quebec and 36% in British Columbia.

In past presidential terms, political affiliation has swayed the perceptions of Canadians on the United States. Those who voted for the Liberal Party and the New Democratic Party (NDP) in federal elections were more likely to regard America in a positive light when Barack Obama was president than their Conservative counterparts.

In the dying days of the Trump presidency, the situation is similar. While 61% of Tory voters from 2019 have a positive view of the United States, the proportion plummets to 38% for Liberal voters and to just 24% among NDP voters. We will have to wait to see if Biden’s actions and decisions have an effect on these numbers.

There is an increase in the proportion of Canadians who hold positive views on Mexico (61%, up seven points) and India (44%, also up seven points). Perceptions remained stable on South Korea (60%, up one point) and Venezuela (31%, down two points).

Five countries are at the bottom of the list. In Russia, there is no change since July, with 26% of Canadians saying they have a positive view of the country—slightly ahead of Saudi Arabia (23%, up three points). Iran (15%, down one point) and North Korea (12%, also down one point) have the lowest ratings.

For the first time, fewer than one in five Canadians (19%, down two points) have a favourable view of China, while seven in 10 (70%, up three points) hold a negative opinion. With no resolution in sight to the incomprehensible detention of Michael Spavor and Michael Kovrig, Canadians currently hold Saudi Arabia—yes, Saudi Arabia—in higher regard than China.

Results are based on an online study conducted from December 12 to December 14, 2020, among 1,000 adults in Canada. The data has been statistically weighted according to Canadian census figures for age, gender and region. The margin of error, which measures sample variability, is plus or minus 3.1 percentage points, 19 times out of 20.