MONTREAL — A Montreal suburb's plan to charge its citizens to reserve picnic tables in city parks is stirring up debate over how best to manage the increased demand for green space amid the COVID-19 pandemic.
Apr 29, 2021 12:04 PM By: Canadian Press 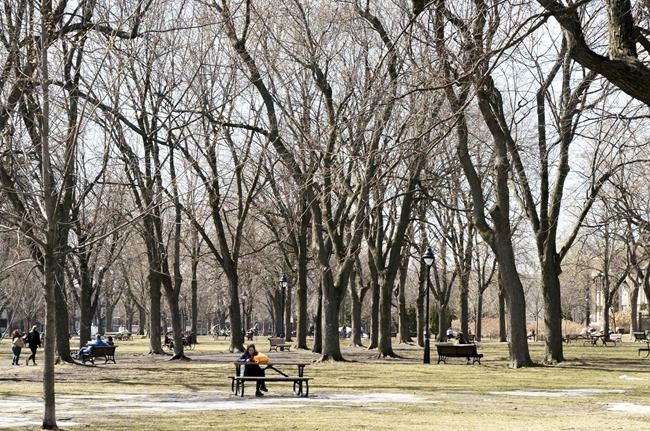 MONTREAL — A Montreal suburb's plan to charge its citizens to reserve picnic tables in city parks is stirring up debate over how best to manage the increased demand for green space amid the COVID-19 pandemic.

A draft bylaw by Dorval city council proposes charging $10 for residents to reserve a picnic table for four hours and $25 for non-residents. Gazebos are priced at $88 for three hours and are only available to residents.

The city would also hire monitors to ensure the rules are followed. A spokesman for the city said the idea arose after the COVID-19 pandemic caused a surge in demand last year.

"Our parks were overwhelmed with a lot of people coming in to see our waterfront, and we received a lot of complaints from our citizens that they weren't able to access their park and access the installations in the parks," Sébastien Gauthier said.

He admitted, however, the idea has prompted a "lot of questions" from residents, some of whom were angry at the prospect of paying for something their taxes cover. Gauthier also acknowledged concerns that lower-income residents, many of whom do not have backyards, may feel excluded.

He said the reservation system will only apply in two of the busiest parks and only on weekends, adding that it's not necessary to pay for a table in order to use one that hasn't been reserved.

The system will allow people who are planning a small birthday party or family picnic to ensure they have a table, and to make sure one group doesn't hog a bench for an entire day, he said.

Councillors had debated whether to implement a reservation system without a fee for residents, but ultimately decided the price tag would help ensure people actually show up after booking a table, he said. Gauthier added that the city is open to reviewing its plan and modifying the bylaw before it's scheduled to be adopted in mid-May.

Gauthier said adding more tables to Pine Beach and Walters park is "absolutely" an option, but he said that would probably not be enough to relieve the crowding.

Many parks reported soaring attendance numbers last year, as the pandemic limited other options and pushed people outdoors, where the virus is harder to transmit.

Quebec provincial parks reported a 14 per cent increase in visits, even with measures in place to limit overcrowding and viral transmission.

And Alberta's environment minister announced this week the introduction of a fee of $15 a day or $90 for an annual pass to visit the Kananaskis Country recreation area west of Calgary, saying the money will go toward maintenance and managing the recent surge in demand.

A project manager for Park People, a charity that supports more than 1,000 community park groups across the country, says most of the Canadian municipalities the organization surveyed last year had reported increased park use during the pandemic.

Adri Stark said her group isn't generally in favour of parks charging fees because it creates a barrier for community associations and low-income people.

"To see these schemes extended to something as simple as a picnic table, I think it could be a bit of a dangerous precedent, especially because we see picnic tables as what I would describe as a basic amenity," she said from Toronto.

The issue, she added, raises concerns that more bylaw officers or security guards will be sent to patrol, which could have some "troubling consequences from an equity perspective."

She said cities should remember that despite the challenges, increased park use benefits people's physical and mental health.

Rather than limiting access, Stark said cities should try to create more public spaces, encourage people to use less-busy parks and educate residents on how to use parks responsibly.

This report by The Canadian Press was first published April 29, 2021.