US productivity in Q4 falls by largest amount in 39 years

WASHINGTON — U.S. productivity in the October-December quarter fell by the largest amount in 39 years as the coronavirus pandemic roiled the labour market. Productivity dropped at a rate of 4.
Feb 4, 2021 7:23 AM By: Canadian Press 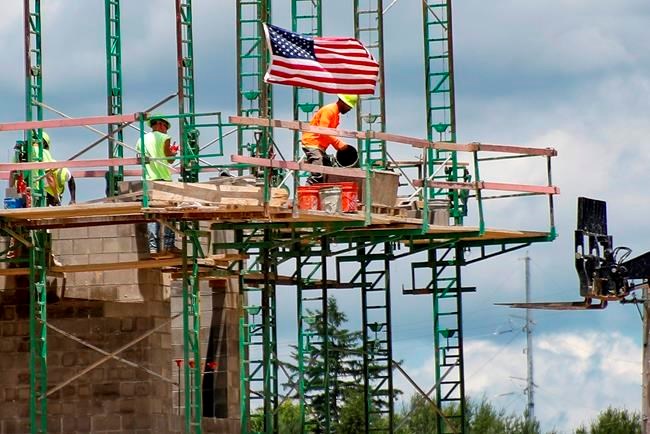 WASHINGTON — U.S. productivity in the October-December quarter fell by the largest amount in 39 years as the coronavirus pandemic roiled the market.

Productivity dropped at a rate of 4.8% in the fourth quarter after having risen strongly in the two previous quarters, (backslash)the Labor Department reported Thursday. The decline was the biggest quarterly setback since a 5.1% rate of decline in the second quarter of 1981.

costs rose at an annual rate of 6.8% in the fourth quarter after having fallen at a 7% rate in the third quarter.

Productivity, the amount of work per hour of output, has produced some major swings since the pandemic hit early last year, pushing the country into a recession.

After falling 0.3% in the first quarter, productivity shot up at a 10.6% rate in the second quarter as millions of people lost their jobs. With employment falling faster than output, productivity increased.

Lydia Boussour, lead U.S. economist at Oxford Economics, said she expected productivity growth to rebound in coming months as the economy gets a boost from the rollout of vaccines and another sizeable fiscal stimulus package which President Joe Biden is lobbying to get Congress to approve.

She said it was less clear how the COVID-19 recession will change productivity over the long term.

“The rapid digital adoption driven by the covid crisis could provide a boost to productivity growth in the long run,” she said. But she said other factors such as lower mobility of the force might act to depress productivity gains.

Productivity is a key factor in boosting living standards because more efficiency allows employers to pay workers more without increasing inflation. But since the 2008 financial crisis, productivity has lagged with economists not sure exactly what factors are causing the slowdown.