TORONTO — Twitter Inc. will be bulking up on Canadian talent this year with a hiring spree meant to add dozens of engineers in the country to its staff. The San Francisco, Calif.
Mar 4, 2021 1:00 AM By: Canadian Press 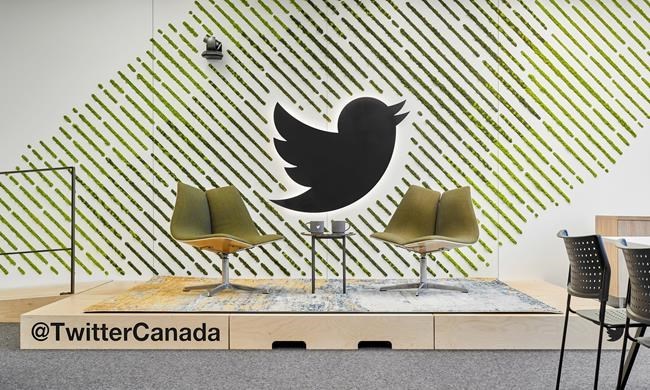 TORONTO — Twitter Inc. will be bulking up on Canadian talent this year with a hiring spree meant to add dozens of engineers in the country to its staff.

The San Francisco, Calif.-based social media giant said Thursday that it plans to form its first Canadian engineering hub with at least 24 workers it will soon hire.

"We have folks that are from Canadian schools or have Canadian backgrounds and they've just been really successful in growing their careers here," said Tristan Jung, a senior engineering manager involved with Twitter's hiring, in a video call from the Bay Area.

"The thought process was why don't we just go to the source instead of having to pull them all into the Bay Area? Toronto was the best place to do so."

Twitter's increased interest in the market comes as global competition for tech talent is intensifying. Encouraged by the COVID-19 pandemic's work-from-home measures, companies have begun hiring beyond their current borders, allowing them to source talent in new or unexpected places.

In a 2019 visit to Toronto, Twitter co-founder Jack Dorsey preached the values of a "decentralized" company and said the "centre of gravity shouldn’t be San Francisco:"

Last March, he doubled down on his beliefs when he announced Twitter workers will be allowed to work remotely permanently.

"We serve global audiences and so we believe fundamentally that our talent mix should reflect the communities that we serve," said Paul Burns, managing director of Twitter's Canadian operations, on the same call as Jung.

"You shouldn't have to move to Silicon Valley to have an impact and build a meaningful career."

Twitter's Thursday announcement is zeroing in on the Canadian market because of the technical talent it has seen evolving in the country recently.

Several of Twitter's senior hires in the U.S. and other markets have come from Canada and even junior workers have flocked from the country to the company's global offices.

Since it opened in 2013, the office Burns runs in Toronto has been home to sales, partnerships, policy, marketing, research and curation workers.

A few engineers on global teams have worked remotely in Canada, but the company has never attempted to cluster engineers in the market until now.

Those hired will work within three teams. One will be responsible for engineering work linked to discovery and connection on the platform, another will build tools that enable users to easily create content and the last group will aim to maximize safety and minimize harms on Twitter.

Filling these positions will come with plenty of competition.

E-commerce giant Shopify Inc. announced in January that it will add 2,021 to its company this year to work in technical roles involving front-end and back-end development, data, mobile and infrastructure tasks.

On Wednesday, social discovery platform Pinterest said its Toronto office will get 50 new hires this year in engineering, sales, insight and marketing roles — it's biggest expansion since the office opened in 2018.

The engineers will include front-end, full-stack and machine-learning experts and the city was chosen because of the emphasis Canadian universities place on these skills, said Erin Elofson, Pinterest's head of Canada and Australia in an email.

Burns and Jung don't worry about competing for talent because they said Twitter attracts workers who believe strongly in the company's ability to connect people and want to have a direct impact on making conversations across the platform more efficient and safe.

They expect hiring to begin shortly and are excited to see what innovations the new hires come up with.

Burns said, "We're just really excited about the investment in Canada, and I think it's the start of something that'll you'll see … grow over time."

This report by The Canadian Press was first published March 4, 2021.