One in six independent businesses in danger of closing amid pandemic: report

HALIFAX — It started a generation ago by a group of Irish immigrants committed to preserving an ancient craft.
Jan 21, 2021 1:10 PM By: Canadian Press 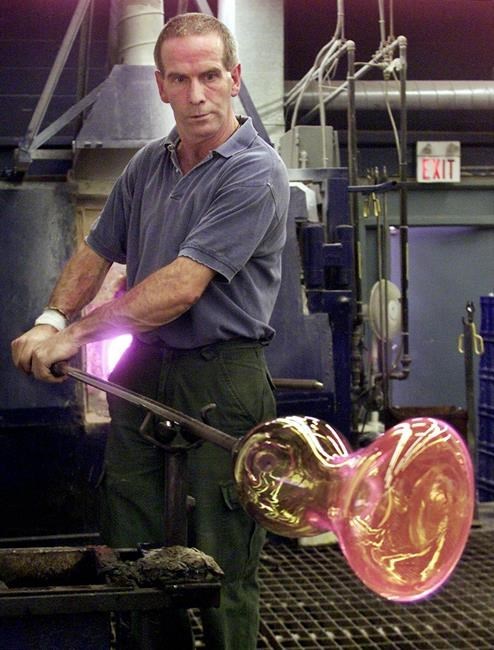 HALIFAX — It started a generation ago by a group of Irish immigrants committed to preserving an ancient craft.

But the magical art of glass blowing kept alive by the Nova Scotia business is now the latest casualty of the COVID-19 crisis.

The company announced it will be shutting down at the end of February, one of more than 200,000 businesses on the brink of closure as the resurgence of the virus worsens across much of the country, according to new research.

The Canadian Federation of Independent Business said Thursday one in six or about 181,000 Canadian small business owners are now seriously contemplating closing.

Based on the organization's updated forecast, more than 2.4 million people could be out of work – a staggering 20 per cent of private sector jobs.

At NovaScotian Crystal, 37 employees and craftsmen will be laid off, the company said in a statement.

"We are not able to envision a sustainable business in the foreseeable future," NovaScotian Crystal said. "We are extremely disheartened. Despite producing a world-class product ... the current obstacles cannot be overcome."

The announcement of the closure comes less than a month after the company got a shout-out from a Saturday Night Live cast member.

On Christmas Day, American actor and comedian Kenan Thompson posted a video online of a pair of NovaScotian Crystal tumblers he received under the tree.

"This year has been crazy but there are little gems to be celebrated," he said in the Instagram post. "Much like this boutique shop in Nova Scotia where they do incredible work with glass and crystal ... Every single piece is hand crafted by amazing professionals."

While NovaScotian Crystal has benefited from online sales, the company said it wasn't enough to make up for the loss of cruise ship passengers and other tourists that make up the bulk of sales from its retail showroom.

"The responsible choice is to close in an orderly fashion while fulfilling our obligations to our employees, suppliers and partners," NovaScotian Crystal said.

Simon Gaudreault, CFIB's senior director of national research, said there is an alarming increase in the number of businesses considering closing.

"We are not headed in the right direction and each week that passes without improvement on the business front pushes more owners to make that final decision," he said in a statement. "The more businesses that disappear, the more jobs we will lose and the harder it will be for the economy to recover."

In total, one in five businesses are at risk of permanent closure by the end of the pandemic, the organization said.

That's an increase from one in seven or 158,000 businesses the CFIB said were at risk of going under as a result of the pandemic in a July study.

The grim new research comes after a brutal year for Canadian businesses.

"The beginning of 2021 feels more like the fifth quarter of 2020 than a new year," said Laura Jones, executive vice-president of the CFIB, in a statement.

Only 47 per cent of businesses are now fully open – down from 62 per cent at the end of November, the organization said.

But those numbers fall even further in provinces under lockdown restrictions.

In Ontario, for example, only 37 per cent of businesses are fully open.

"There's a lot at stake now from jobs, to tax revenue to support for local soccer teams. Let's make 2021 the year we help small business survive and then get back to thriving," she said.

This report by The Canadian Press was first published Jan. 21, 2021.