Prolonged lockdowns meant to quell the spread of COVID-19 are making it tough for Lightspeed POS Inc. to pick up new customers.
Feb 4, 2021 8:11 AM By: Canadian Press 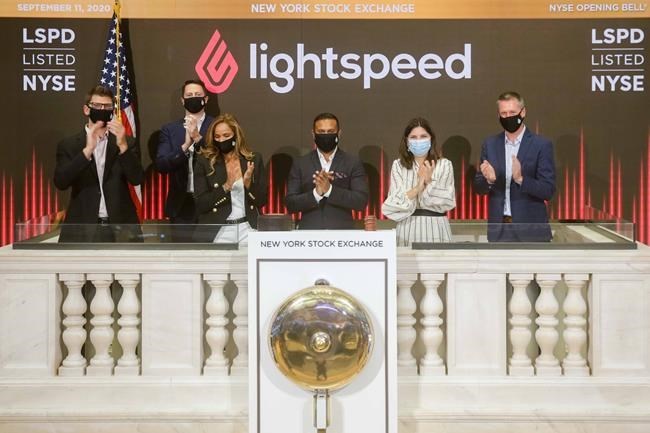 Prolonged lockdowns meant to quell the spread of COVID-19 are making it tough for Lightspeed POS Inc. to pick up new customers.

Dax Dasilva, the Montreal-based e-commerce company's founder and chief executive, said Thursday that the temporary closure of businesses is hampering Lightspeed's ability to drum up business and grow its gross merchandise value or how much merchandise is sold through its software.

"We cannot know how long the pandemic will continue to impact us, but we are optimistic, not only about our prospects in an eventual recovery, but the role our resilient merchants will play in driving a reopening economy," he told a conference call with financial analysts.

Despite the troubles the lockdown has brought, he boasted about powering 115,000 customer locations and winning business from French hotel and restaurant brand Groupe Arteloge and the Ski Banff resort chain in recent months.

Dasilva's remarks came as Lightspeed reported a US$42.7-million loss in its latest quarter, but managed to post a 79 per cent jump in revenue.

The company, which keeps its books in U.S. dollars, said its loss amounted to 39 cents per share for the quarter ended Dec. 31 compared with a loss of US$15.8 million or 18 cents per share a year earlier.

Revenue in what was the company's third quarter totalled US$57.6 million, up from US$32.3 million.

Analysts on average had expected an adjusted loss of 17 cents per share and US$50.2 million in revenue, according to financial data firm Refinitiv.

Lightspeed spent most of the quarter scooping up companies.

It purchased cloud-based point of sale system ShopKeep in November for US$145.2 million in cash and about 7.4 million subordinate voting shares.

In December it added restaurant management platform Upserve to its acquisition roster for an estimated total consideration of $430 million.

Lightspeed is developing an expertise in integrating acquisitions, but has no interest in maintaining a portfolio of brands, Dasilva said Thursday.

"The goal is to integrate all of our acquisitions and be in market with one Lightspeed solution for retail and one for hospitality, all under one Lightspeed brand," he said.

The pace at which Lightspeed integrates acquisitions will always vary, but the ShopKeep and Upserve integration is expected to be complete by the end of summer.

In its outlook for its fourth quarter, Lightspeed said it expects revenue between $68 million and $70 million and its adjusted earnings before interest, taxes, depreciation and amortization to show a loss of $12 million to $14 million.

This report by The Canadian Press was first published Feb. 4, 2021.

Companies in this story: (TSX:LSPD)