They’ve got a bit of momentum going, so now it’s up to the New Westminster Hyacks senior boys basketball team to put it to use.
Feb 3, 2020 9:52 AM By: Dan Olson 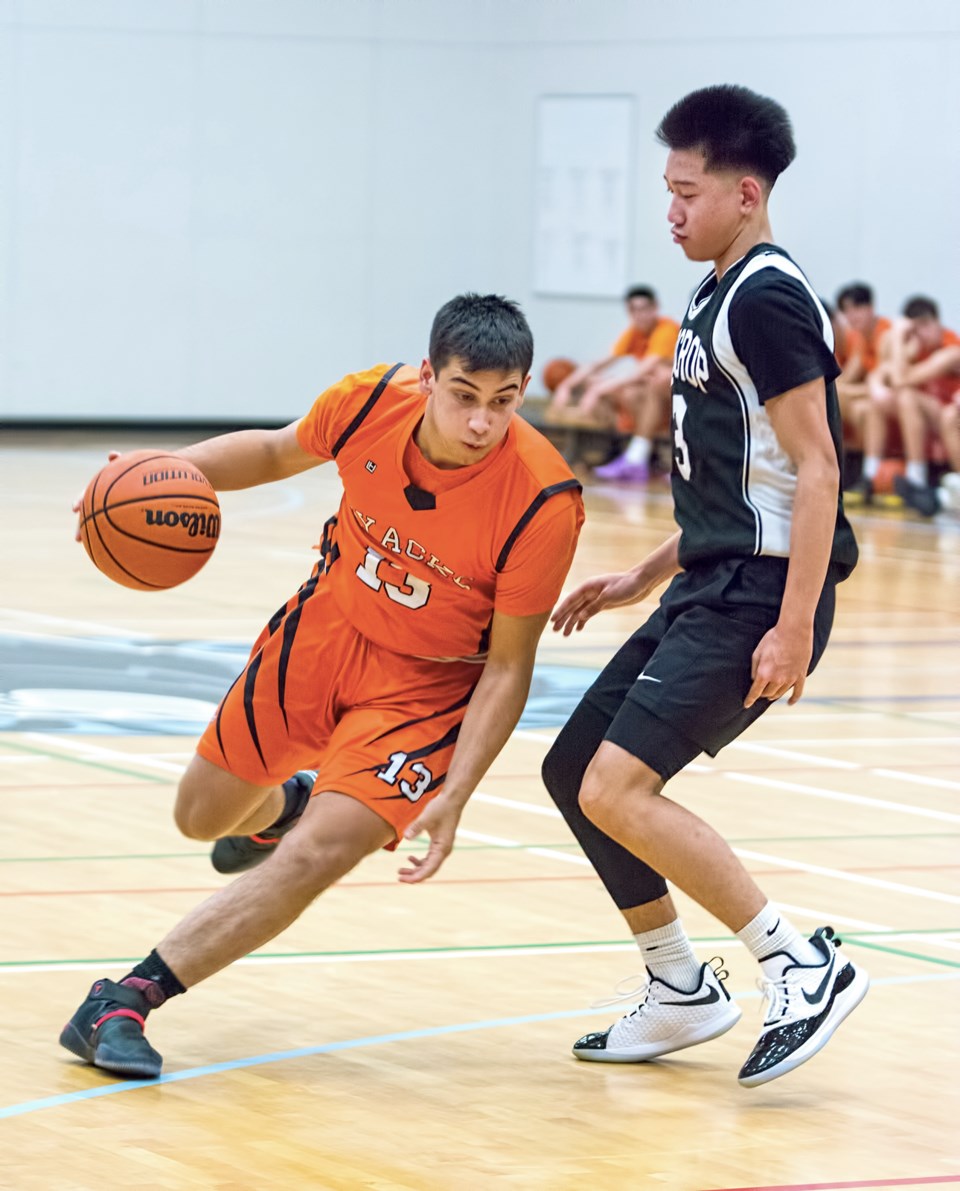 New Westminster's Russell Moir drives to the outside during a recent league game against Moscrop.Chung Chow

They’ve got a bit of momentum going, so now it’s up to the New Westminster Hyacks senior boys basketball team to put it to use.

The Hyacks enter the last stretch of the regular season on the strength of five wins – two in last week’s Midtown Showdown tournament in Vancouver, and a trio of league victories, including Thursday’s 104-53 triumph over Burnaby Central.

While the calibre of opponent wasn’t the toughest, New West coach Ted Cusick feels getting some wins strung together before the Burnaby-New West league playoffs begin in two weeks.

“You get some wins under your belt and it just seems so much easier,” said Cusick.

At 4-1 in league action, the Hyacks still have yet to face undefeated rivals Burnaby South (who they visit tonight -- Monday) and Byrne Creek (Feb. 5).

In the absence of team leader Kirk Bothwell, forward Luke Dixon lit it up on Thursday, cashing in for 27 points, including three of eight from three-point range, plus 10 rebounds. Udhay Mangat counted 17 points and 12 boards, while guard Brayd Sanderson netted 13 points and four assists.

The Midtown tourney started with a tough 90-87 loss to Point Grey. Leading by 10 points in the third quarter, New West saw it slip away after five of their nine players fouled out, putting them at four-on-five for nearly two minutes at the end.

An injury made it three-on-five for more than 40 seconds, as Point Grey turned the score around but was still unable to run away with it. A last-second three-point attempt nearly dropped to tie the game.

“It was the most weird experience I’ve ever had,” recalled Cusick. “You couldn’t say it was bad officiating, but they just had no feel for the game.”

Bothwell scored 20 points and added 10 boards before fouling out. Leberg tallied 14 points and 14 rebounds before also leaving the game. Cashing in for 14 points was Kevin Guillermo, while Dixon chipped in 13.

A day later, they triumphed 105-69 over Van Tech, with Bothwell hitting a tourney-high 44 points.