Unlike a century ago, NHL should consider cancelling season 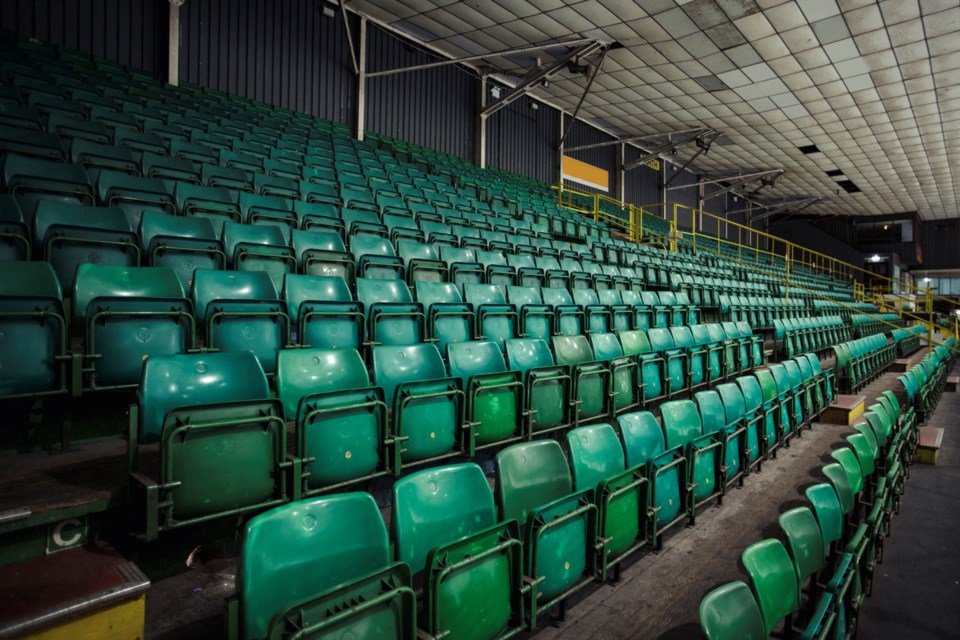 The NHL needs to understand that this pandemic could take a long time, says Daniel Wagner. While medical science has taken leaps and bounds in the last century, there’s no guarantee that the COVID-19 pandemic will be dealt with any faster than that of the 1918 flu pandemic. Photo Getty Images

The COVID-19 pandemic has provoked comparisons to past outbreaks, such as the 2009 H1N1 swine flu pandemic or the SARS outbreak in 2002 and 2003. In terms of overall global impact, however, the best comparison may be the 1918 influenza pandemic, which was inaccurately named “Spanish Flu.”

The NHL’s response to COVID-19 has likewise been compared to the 1918 pandemic for obvious reasons: the only year the Stanley Cup was not awarded was 1919, because of a flu outbreak that ravaged the roster of the Montreal Canadiens during the playoff series. The timeline for the pandemic and the hockey season deserves some closer scrutiny, however, as it provides an important warning.

Just like now, the 1918 pandemic threw the world of sports into chaos. College football games were cancelled or postponed, though some ignored bans and played games in front of large crowds anyway. Bowling alleys were closed, to great protest, and the public was urged to stop gathering together for games of rugby and baseball.

Professional sports, however, continued unabated. The Major League Baseball season continued even as the flu spread across the United States. When the league ended the regular season early in September, it was because of World War I shutting down non-essential industries, not the flu, and the league still played the World Series later that month.

Perhaps it was for the best: the second wave of the flu struck in October and November, the deadliest wave of the pandemic. The early end to the MLB season might have saved lives.

The NHL, meanwhile, chose to begin their season as planned in December, despite the danger. To be fair, the league wasn’t playing to thousands of fans in large arenas at the time. The Montreal Canadiens played in Jubilee Arena, with a seating capacity of 3,000.

It was also a much, much smaller league. Just three teams played during the 1918-19 season: the Canadiens, Toronto Arenas, and Ottawa Senators. It was just the second season for the fledgling NHL and what threatened the league’s operations wasn’t influenza, but legal actions and competing leagues. This was despite one player, Hamby Shore of the Senators, already having died from the pandemic in October.

Only 18 games of the planned 20-game season were played, but again, it wasn’t because of concerns due to the flu. The Arenas, who were the defending Stanley Cup champions, were a mess behind the scenes — their players didn’t have contracts and were being paid under the table and attendance for the struggling Arenas was abysmal — and officially withdrew from the league in February.

The Canadiens defeated the Senators for the NHL championship and travelled to Seattle to play the Pacific Coast Hockey Association champion Seattle Metropolitans. Worry over the flu pandemic had subsided to a certain extent. After all, it had been a full year since the first outbreak in the US.

In Seattle, the schools had reopened in January. By March, no influenza deaths were reported in the city. It seemed like the danger had largely passed, so why not play for the Stanley Cup?

Then, in Game 5, veteran defenceman Joe Hall collapsed on the ice. He was hospitalized with a temperature of 104 F. Players on both teams reported symptoms of the flu and, eventually, all but three of the Canadiens players were diagnosed.

The Canadiens tried to forfeit the Cup to Seattle, but the Metropolitans refused to win the Cup that way and the series was cancelled. Hall contracted pneumonia and passed away a few days after the final game was to be played.

What can the NHL learn from this experience? One important aspect is that they can’t let their guard down. It seemed like the worst had passed when the Canadiens travelled to Seattle, but that clearly wasn’t the case. That strain of the flu even came back for another wave in 1920.

The other aspect is how quickly the flu was able to spread through the entire Canadiens roster. The NHL can’t get back to playing before there are clear protocols for identifying who is carrying the COVID-19 virus and quarantining those affected. That can’t happen until tests are widespread and readily available to the general population.

Most importantly, the NHL needs to understand that this could take a long time. While medical science has taken leaps and bounds in the last century, there’s no guarantee that the COVID-19 pandemic will be dealt with any faster than that of the 1918 flu pandemic. Fortunately, the league appears to be taking this pandemic far more seriously than a century ago.

7 Under the more progressive PCHA rules, which allowed forward passing in all zones of the ice, the Metropolitans dominated the Canadiens in 1919, scoring 7 goals in Games 1 and 3. The Canadiens won two games played under NHL rules, while Game 4 ended in a tie.

A tap of the stick to all the healthcare workers in Vancouver, British Columbia, and around the world that are on the frontlines of this pandemic. In a just world, you’d all be paid like professional hockey players.

A stick-tap to Vancouver residents who have taken to cheering for said health care workers every evening at 7 p.m. Without being able to cheer for the Canucks, you’ve chosen the right people to cheer on.

Former Canuck Ryan Kesler opens up about the problem of painkillers in the NHL in TSN report
Sep 25, 2020 9:55 AM
Comments