The Record sports in brief 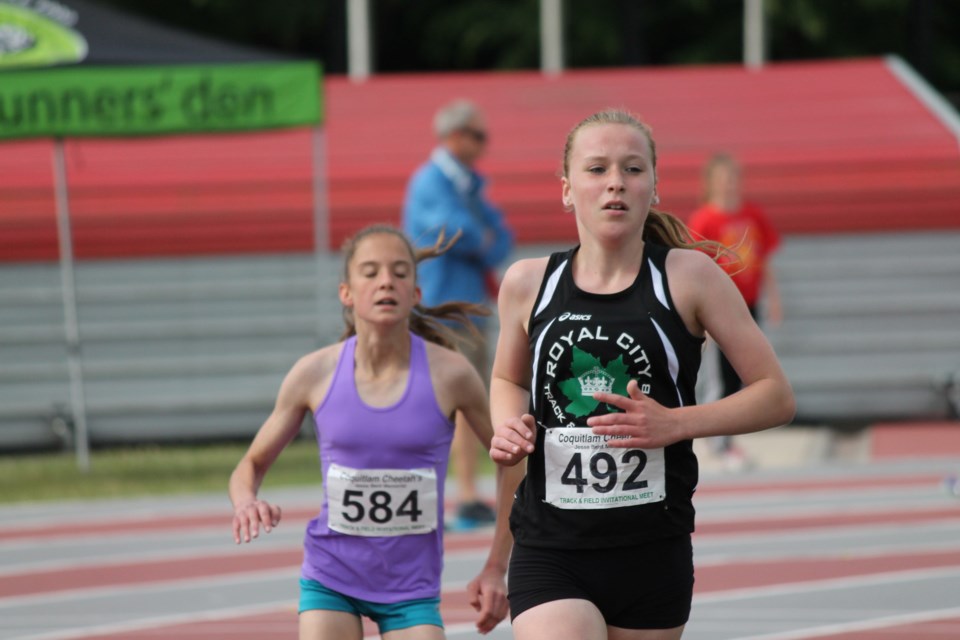 Grace Fetherstonhaugh ran the fastest 2,000 metres by a midget girl in B.C. this season at the recent provincial track and field jamboree in Nanaimofile photo

Grace Fetherstonhaugh ran the fastest midget time in B.C. this season, following a gold medal in the 14/15 girls’ 2,000 metres at the recent B.C. Athletics championships jamboree in Nanaimo.

Fetherstonhaugh won the middle distance race in a time of 6:35.75. The Royal City Track and Field athlete also earned a bronze medal at 1,200m.

Jenevieve Patry-Smith won a silver medal in midget girls’ javelin with a throw of 30.23 metres.

Lauren Vanee took bronze in the 16/17 girls’ javelin with a 36.87m toss. Other Royal City bronze medalists were Taylor Morrison in the 1,500m racewalk, Finnley Cookson in the pole vault and Jack Foster in the triple jump.

Sr. B Caps in tough with Pioneers

The Royal City Capitals fell behind 2-1 to the Ladner Pioneers in their best-of-five West Coast Senior Lacrosse Association playoff semifinal.

The Capitals lost 8-5 in Ladner on Monday after tying the series10-6 the night before at Queen’s Park Arena.

Peyton Lupul was the offensive star for the Caps, garnering a six-point night, including a pair of back-to-back goals in the second period. Neil Tyacke got the win in goal with a .833 save percentage.

Ladner opened the series with a 12-9 win despite a four-goal outing by lefthander Mark Negrin.

New West to Junior B final

The regular season runner-up swept the best-of-three semifinal with Ridge Meadows, downing the Burrards 17-8 on Monday. Coquitlam advanced to the junior B final after getting by Delta in straight games.

Frances Klimo won the junior boys’ 100, 200 and 400 metre races at the provincial track and field jamboree in Nanaimo.