A complete list of medal winners from New Westminster at B.C. Winter Games in Mission
Feb 27, 2014 3:25 PM By: Tom Berridge 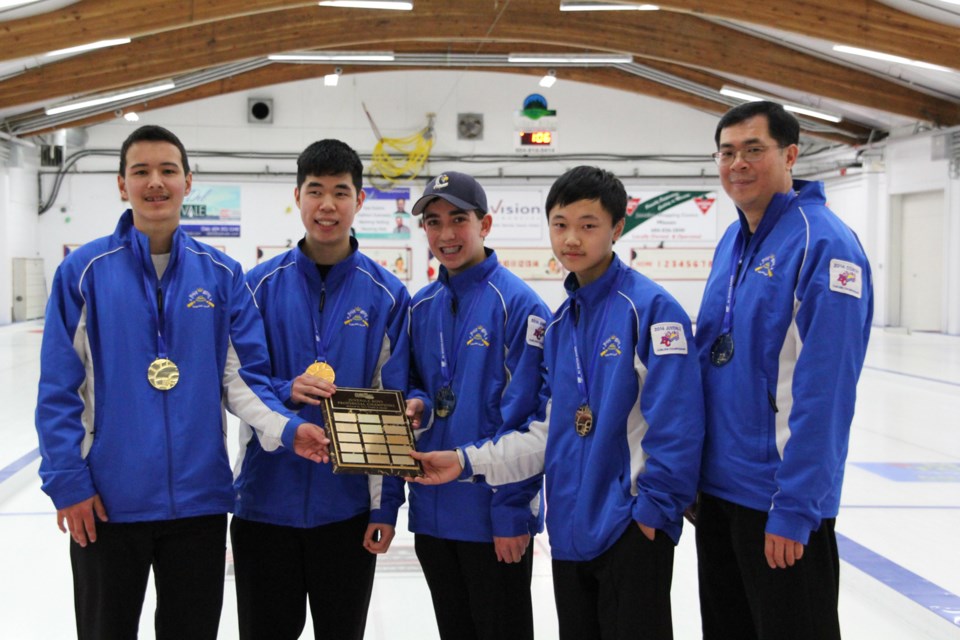 Two teams from the Royal City Curling Club gave New Westminster its only gold medal at the B.C. Winter Games.

The juvenile women’s team of skip Dezaray Hawes and the juvenile men’s team of Brayden Carpenter both topped the podium at the biennial Games, held this year in Mission.

They hit a snag in their second draw at the Mission Granite Curling Club, falling 4-2 to eventual bronze medallists Team Tinkler from the Juan de Fuca, but bounced back the following day, winning both their draws and the chance to play in the final.

Hawse made no mistake, scoring an emphatic 8-1 victory over Team Connell from Prince George in the gold-medal final.

Team Carpenter, rounded out by third Tyler Proctor, second Breyden Chong and lead Horace Mak of New Westminster, defeated Team Ueda from the North Shore Winter Club 5-4, scoring a deuce in the eighth and a game-winning steal in the ninth in the gold-medal final.

“The B.C. Winter Games is an incredible opportunity, and I am so happy and honoured to be part of it,” said 14-year-old Manson in an email. “This whole experience had been amazing.”

The zone girls’ hockey team, including Melissa Phillips and Hailee Piendl, also brought home a silver medal from the Games.