Thursday night was draft night in the Western Lacrosse Association
Feb 13, 2021 9:12 AM By: Staff Reporter 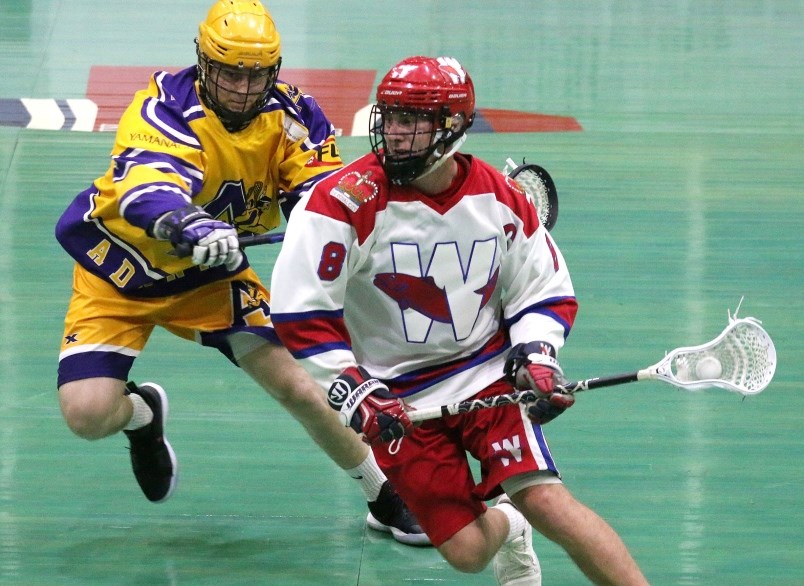 Thursday night was draft night in the Western Lacrosse Association and the Senior A New Westminster Salmonbellies dramatically strengthened their forward line by using their Territorial Protection option to add Will Malcom to the bench.

The move was hardly a surprise. Malcom is already a proven scorer with a season of National Lacrosse League competition under his belt.

He was the BCJALL’s Rookie of the Year in 2018 and that league’s top scorer just a year later. The local product will join his brother Anthony on the team, and follow in the WLA footsteps of his father, Dean, and uncle, Tony.

GM Ray Porcellato says it was the perfect way to use the team’s first ever territorial protection.

“We are fortunate to be able to protect a player like Will,” Porcellato said. “I’m sure he will fit in great with Mitch and Logan on our left side. The Malcom family is synonymous with lacrosse in New Westminster so we are proud to have Anthony and now Will and be able to continue the tradition. And he has confidence that fans will see an impact on the scoresheet early on. He’s ready to play at this level now, having already gained professional experience with the best players in the world.”

The Salmonbellies made the most of a draft year in which they lacked either a first or second round pick. In the second round, the Bellies traded their 2021 third round pick and their 2023 first rounder to Nanaimo to earn the 12th overall pick. New Westminster used it to bring goaltender Brody Harris (from the Junior Delta Islanders) to the club.

In the 5th round, the Bellies kept with their family tradition, selecting another goaltender in Riley Richardson. Riley is also the son of assistant GM John Richardson, making the list of Richardsons affiliated with the team even longer. In the 6th round, another familiar surname was added, with Adam Fulton chosen from the Junior Adanacs.