Jordan McBride may not have hit the floor at Queen’s Park Arena with the Senior Salmonbellies this summer, but his lacrosse skills were recognized on the international stage.
Aug 28, 2020 2:49 PM By: Theresa Mcmanus 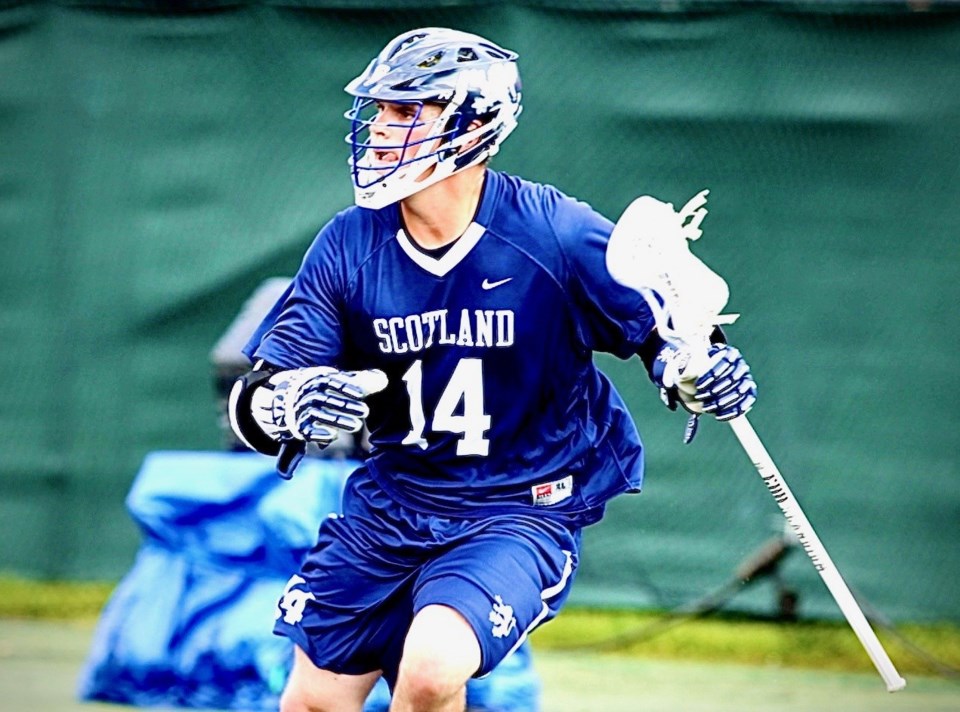 Jordan McBride may not have hit the wooden floor at Queen's Park Arena this summer because of COVID-19 - but he did become a member of the Scotland Lacrosse Hall of Fame’s Class of 2020.Contributed

Jordan McBride may not have hit the floor at Queen’s Park Arena with the Senior Salmonbellies this summer, but his lacrosse skills were recognized on the international stage.

McBride, who was born and raised in New Westminster, has been named as a member of the Scotland Lacrosse Hall of Fame’s Class of 2020. His lacrosse career has included playing for teams like the New Westminster Salmonbellies in the Western Lacrosse League, the Vancouver Warriors in the National Lacrosse League and Stony Brook Sea Wolves in National Collegiate Athletic Association. He’s currently a member of the Vancouver Warriors and was expected to return to the Salmonbellies’ lineup this summer before the season was cancelled because of COVID-19.

“Jordan is being inducted as an inspirational player and a prolific goal scorer,” said a notice on the Scotland Hall of Fame’s website. “He led Scotland to its best finish ever, sixth, with a team-high 38 points at the 2014 Federation of International Lacrosse World Championships in Denver. He was one of the 10 players named to the President’s team at the event.”

Jordan’s younger brother Jimmy also plays for Team Scotland, and the Record has been told they were “a force to be reckoned with” during the 2014 World Championships in Denver.

It’s not the first time McBride’s lacrosse skills have been recognized, as he was inducted into Stony Brook University Athletics’ Hall of Fame in 2018.

“McBride not only broke the Stony Brook record for career goals scored during his career, he shattered it,” stated the university’s website. “His 175 career goals bested the nine-year-old record by 42 goals. During his four seasons as a Seawolf, McBride earned four first team All-America East Conference honors and was a four-time All-America selection that included a third team nod in 2011, the same year he was crowned the America East Conference Player of the. In addition, McBride made a splash as a freshman with 44 goals which earned him America East Rookie of the Year honors in 2008.”

McBride, who received a degree in business management from Stony Brook, now works as a firefighter in Burnaby.