Justin Morneau is going into the hall of fame -- twice. The New Westminster native who was the second Canadian to ever win a Major League Baseball MVP award, was among the class announced Tuesday for induction into the Canadian Baseball Hall of Fame.
Feb 4, 2020 10:16 AM By: New West Record 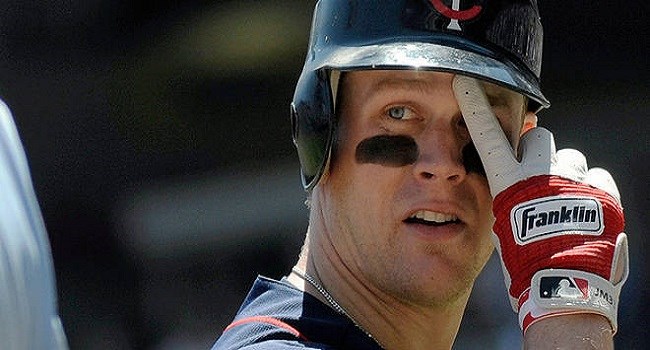 New West's Justin Morneau will be doubly-honoured in 2020, as both the Minnesota Twins and the Canadian Baseball Hall of Fame will celebrate his career with induction ceremonies.MLB

Justin Morneau is going into the hall of fame -- twice.

The New Westminster native who was the second Canadian to ever win a Major League Baseball MVP award, was among the class announced Tuesday for induction into the Canadian Baseball Hall of Fame.

Morneau led the Minnesota Twins to an AL Central Division title in 2006, batting .321 and driving home 130 runs to become the first Canadian to win the AL MVP award.

At that point, only Larry Walker, who was one of Morneau's inspirations growing up and last week was voted into the National Baseball Hall of Fame in Cooperstown, had achieved such a feat.

“When I heard the news that I would be enshrined in the Canadian Baseball Hall of Fame I was honoured,” Morneau said in a statement. “When I learned of fellow inductees John Olerud, Duane Ward and Jacques Doucet, I was at a loss for words.

“To think that I would be joining these distinguished members that had such a lasting impact on baseball in Canada is truly humbling. I am looking forward to being in St. Marys (Ontario) this summer to celebrate with my fellow inductees in person.”

A third-round pick in the MLB draft by the Twins in 1999, the New West Secondary alum climbed the minor ranks with the organization, making his major league debut June 10, 2003 at the age of 22 against Walker’s Colorado Rockies. He singled in his first career at-bat and finished 2-for-4.

He would go on to play 11 seasons in a Minnesota uniform before joining Pittsburgh of the National League in a late-season trade in 2013.

Primarily a catcher growing up, the lanky one-time St. Thomas More Collegiate student shifted to first base midway through his professional minor career, as the Twins recognized his big-league bat potential. He was twice selected to play in the All-Star Futures Game.

A four-time MLB all-star, Morneau posted some of his best numbers in an injury-shortened 2010 campaign, where he put up a .345 batting average for Minnesota over the first half of the season, with 18 home runs and 56 runs driven in just 81 games. Post-concussion symptoms caused him to miss the rest of the season. In 2014 as a free agent signee of the Colorado Rockies – the team where Walker carved out most of his Hall-of-fame numbers – Morneau was posting MVP-worthy numbers before suffering a concussion during a game at Toronto’s Rogers Centre. That season he finished with a .319 batting average, including 17 home runs and 82 RBI.

The Twins earlier announced that Morneau, who is employed by the club as a special assistant to baseball operations, would be enshrined into the team’s hall of fame in a special ceremony on May 23.

The Canadian Hall of Fame induction will occur June 20 in St. Marys, Ont.