The Glenbrook Griffins went toe-to-toe with the big schools and did better than survive -- they thrived.
May 26, 2016 2:29 PM By: Dan Olson 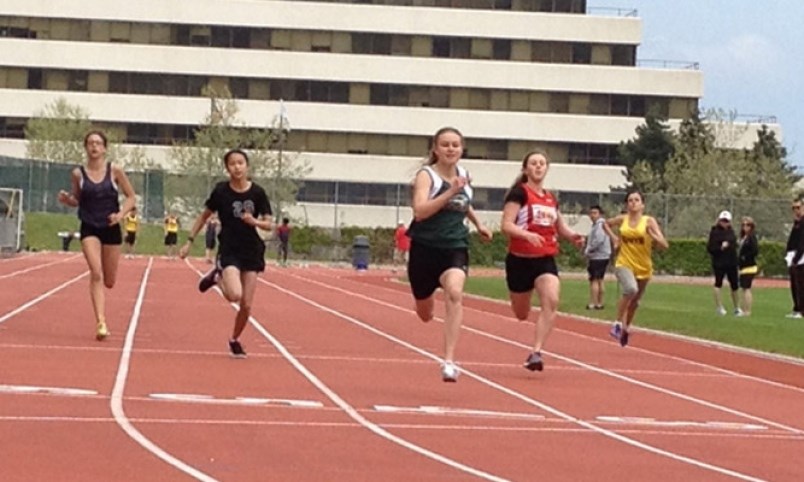 The Glenbrook Griffins went toe-to-toe with the big schools and did better than survive -- they thrived.
The New Westminster middle school posted the second-best overall tally for Grade 8 athletes at last week’s Burnaby-New West-Richmond zone track and field championships, hosted by Burnaby Central.
The only school that out-pointed them was Richmond’s McMath, which went on to capture the aggregate award.
Glenbrook’s Diego Meija and Owen Stark set the tone in the Grade 8 division, as both scored double gold at the competition.
Meija walked off with the long jump title, leaping 5.08 metres, and followed that by topping the 400m dash in a time of 59.20 seconds. He would also add the bronze in 100m.
Stark won both the boys shot put, with a distance of 10m, and the javelin, with a toss of 25.98m.
Vandao Yogyog picked up the top mark in triple jump, reaching a distance of 9.67m.
In a three-way tie for first in boys high jump was Lucas Burton, with a distance of 1.50m.
Collecting a gold in girls Grade 8 javelin was Glenbrook’s Lauryn Savela, who pinned a distance of 29.47m. She also took a bronze in high jump.
Glenbrook’s boys 4x400m relay team also secured the best time in its event, just as the Griffins swept both gold and silver in girls 4x400m relay.
Picking up silver was Marlo Cabilin, who finished second in the boys 200m dash. Megan Lauener placed second in girls 100m, while Ella Fetherstonhaugh stood second in the Grade 8 girls 3000m.
Pushing for a medal were fourth place finishers Sydney Smith, in Grade 8 girls 1500m, and Emma Gruger, in triple jump.