When the games counted most, the New Westminster Hyacks showed just what they can do. And with two big wins in their back pockets, the team will enter Thursday’s Burnaby-New West senior boys basketball final with a valuable jolt of confidence.
Feb 13, 2020 11:36 AM By: Dan Olson 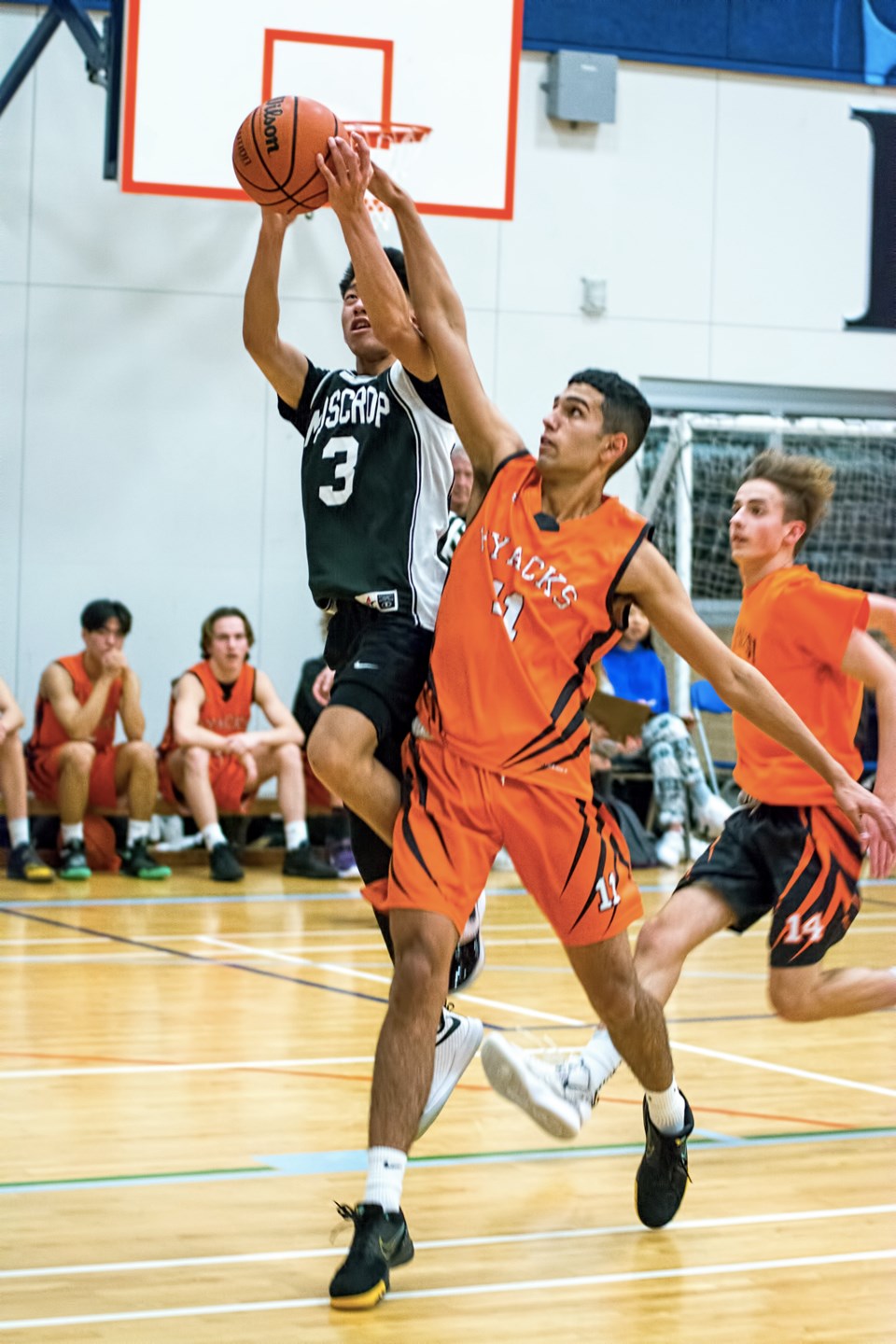 When the games counted most, the New Westminster Hyacks showed just what they can do.
And with two big wins in their back pockets, the team will enter Thursday’s Burnaby-New West senior boys basketball final with a valuable jolt of confidence.
Thanks to a pair of wins to start the league playoffs, New West has guaranteed its place in next week's regional playdowns in the hunt for a 2020 B.C. 4-A championship berth.
First, the Hyacks had to exact some revenge over two opponents this week that previously had their number.
By beating the Burnaby North Vikings 99-72 on Monday and Byrne Creek Bulldogs 70-63 on Tuesday, New West guaranteed themselves a spot in next week’s inaugural Fraser North zone tournament.
It also put them into tonight’s (Thursday) Burnaby-New West final against the No. 1-ranked Burnaby South Rebels.
And while the final has all the earmarkings of a mismatch, what coach Ted Cusick likes about his team’s current run is that there’s now some momentum to build upon.
“We’ve got something going now, and the guys are feeling good,” noted Cusick of his squad. “Burnaby South is a very good team, but we’re better than what we’ve shown.”
In Tuesday’s semifinal against Byrne Creek, New West had to overcome a nine-point deficit after one quarter and a four-point gap at halftime.
And while a big third quarter saw the Hyacks carve out a 58-50 lead entering the final frame, the Bulldogs continued to battle and got it to 64-63 before New West pulled away.
“It was a good, fun game to watch – although we high school coaches felt like throwing up,” joked Cusick.
Caleb Johnson led the offence for New West with 25 points and 10 defensive rebounds, while Quentin Leberg counted 19 points and 10 boards before fouling out. Udhay Mangat netted 10 points and 13 rebounds.
In the 99-72 win over Burnaby North, New West’s Kirk Bothwell came up big with 36 points and 15 rebounds. Mangat tallied 21 points and eight boards, while Johnson added 18 points and six assists. Adding 15 points and 13 rebounds was Leberg.

Just six days earlier, Byrne Creek delivered a 93-69 knock-down to the Hyacks, slotting them in a tie for third overall in the Burnaby-New West loop at 5-3. The Hyacks had launched league play in December with a 76-74 setback to the Vikings, which saw New West let a 30-point lead in the third quarter slip away.

"That was a lesson-learned for the coach," noted Cusick. "The kids just turned up the intensity, they were diving for balls."

This time, although North got ahead 22-17 in the first quarter, New West got on a heated run in the second quarter and led 56-32 at halftime.
The top three teams move on to the Fraser North playdowns, which start Feb. 20 in Coquitlam.