It seems 2017 is the summer of fast for New Westminster’s Grace Fetherstonhaugh. The 16-year-old distance runner added two more feathers in her cap when it comes to personal bests – and gold medals, as well.
Aug 17, 2017 3:09 PM By: New West Record 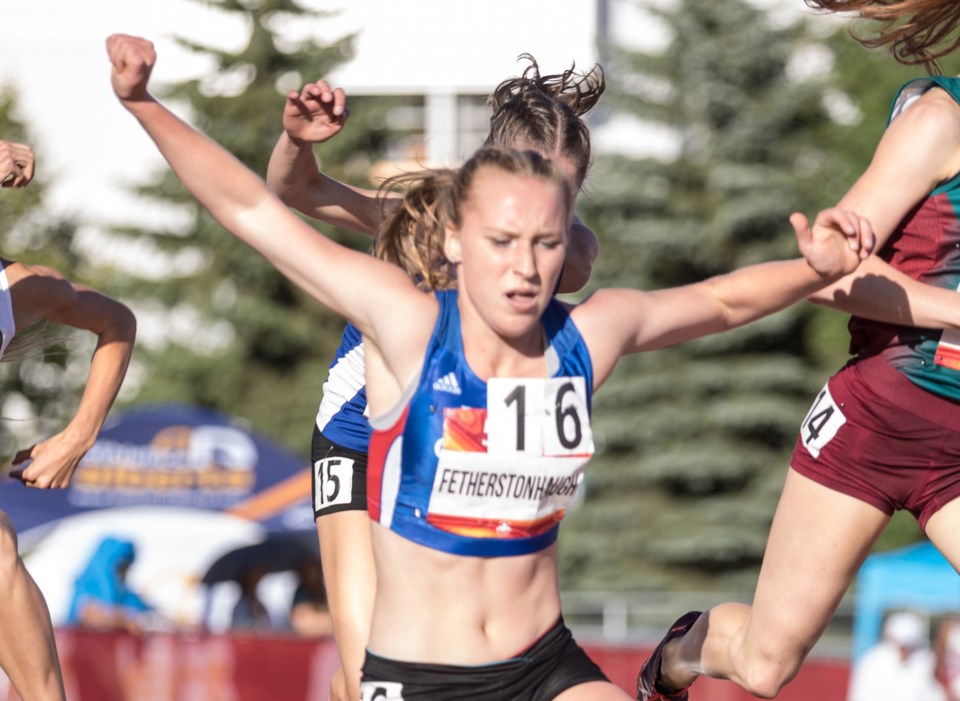 It seems 2017 is the summer of fast for New Westminster’s Grace Fetherstonhaugh.
The 16-year-old distance runner added two more feathers in her cap when it comes to personal bests – and gold medals, as well.
Fetherstonhaugh took top spot in the women’s 3000-metre and 2000m steeplechase at last week’s Legion National Youth championships in Brandon, Man.
It came just a week after she collected a gold medal for Team B.C. in the 3000m steeplechase at the Canada Summer Games in Manitoba.
Her time in the 3000m race was 9:37.91, beating her nearest rival by 15 seconds, while chopping more than seven seconds off her previous quickest time, set a month earlier.
In the 2000m steeplechase, Fetherstonhaugh again lopped seven seconds off a PB en route to gold. She won the women’s event with a time of 6:41.46 – with 23 seconds separating her and second place.
The Royal City Track and Field Club runner has made the most of the current track season, setting great times at the Oregon Relays, B.C. high school championships as well as Canadian under-20 championships.
She kept the momentum going with a gold medal for Team BC at the Canada Games in the 3000-metre steeplechase – the province’s first medal in track at the Games.
And keeping with a trend-setting summer, the New West Secondary athlete established a new personal best of 10:15.32, cutting nearly 10 seconds off her previous best mark, set at the
nationals three weeks earlier.
“I was trying to tuck in behind the lead girls because I raced them at nationals so I knew I was going to try and hold on to them,” said Fetherstonhaugh. “After a few laps, I thought, I will see what I can do and pull ahead a bit but I wasn’t expecting to win.”