For a brief moment, New West’s Grace Fetherstonhaugh found herself crossing paths with U.S. President Donald Trump. Stuck in the Helsinki airport while the U.S.
Jul 20, 2018 1:56 PM By: Dan Olson 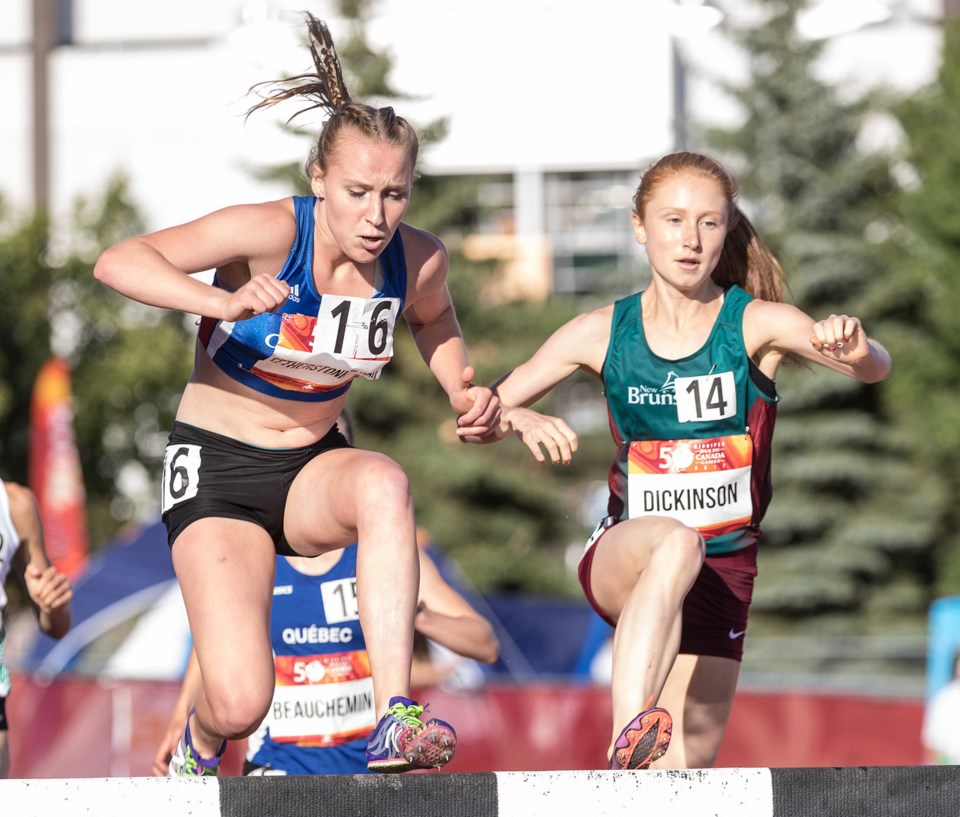 Stuck in the Helsinki airport while the U.S. presidential caravan took precedent on the tarmac following the Trump-Putin summit, the long distance runner and her Canadian track and field teammates had their forward progress stalled. That's about the only thing that could stop Fetherstonhaugh, as she continues her rise up the track charts.

As bizarre a week as it was in world politics, the past 10 days were a blitz of experiences and successful achievements for the 17-year-old Royal City native.

Representing Canada for the first time, Fetherstonhaugh advanced to the final at the IAAF world under-20 championships in Tampere, Finland and demonstrated that her progress in the 3000-metre steeplechase was going as planned.

“It was pretty crazy – just the energy there was super exciting,” Fetherstonhaugh told the Record. “Being there I heard so many different languages going on at the same time. Being at the starting line with the Kenyans – it was all super cool, and I was super excited to be there.”

In a summer which sees her transition from provincial high school champion to university freshman, Fetherstonhaugh entered the worlds with eyes open wide, eager to absorb as much of the international track experience as possible.

The first hurdle proved to be the toughest, and one she got through with some anxious moments.

Her preliminary finish put her in the 15th and final qualifying spot, a major achievement for someone who just a year ago transitioned to the longer steeplechase race.

“It’s so different racing in that kind of environment. I think I was pretty nervous – excited but nervous, and especially after I finished my race and there were two other heats after mine,” she recalled. “I thought, ‘Maybe I’ll make it through, maybe not.’ That was a little stressful and I was the very last spot through, so I was super relieved and super excited that I could make it to the final at that point.”

Wearing the Maple Leaf and going up against runners from around the globe had her adrenaline pumping, so it was a big challenge to maintain her focus, she noted.

“I feel like a big piece of advice from the coaches with Team Canada and my coach (Sean Dixon) was, ‘Even though you’re on such a big world stage and its super exciting, don’t try to change too much because it’s a different kind of race.

“‘Run your race how you usually do because that’s how you got there and that’s how you race your best.’ I had to try to keep my regular routine going, and my mindset. Obviously, just being there you’re excited and motivated, so it’s a great atmosphere to have a good race,” she said.

The teen, who is preparing for the start of her freshman university year at Oregon State under Louie Quintana, said everything about her journey to Finland as a member of Team Canada was eye-opening.