Growing up, Fiona Doyle could always turn to soccer for an outlet to any frustrations that troubled her.
Dec 8, 2016 11:28 AM By: Dan Olson 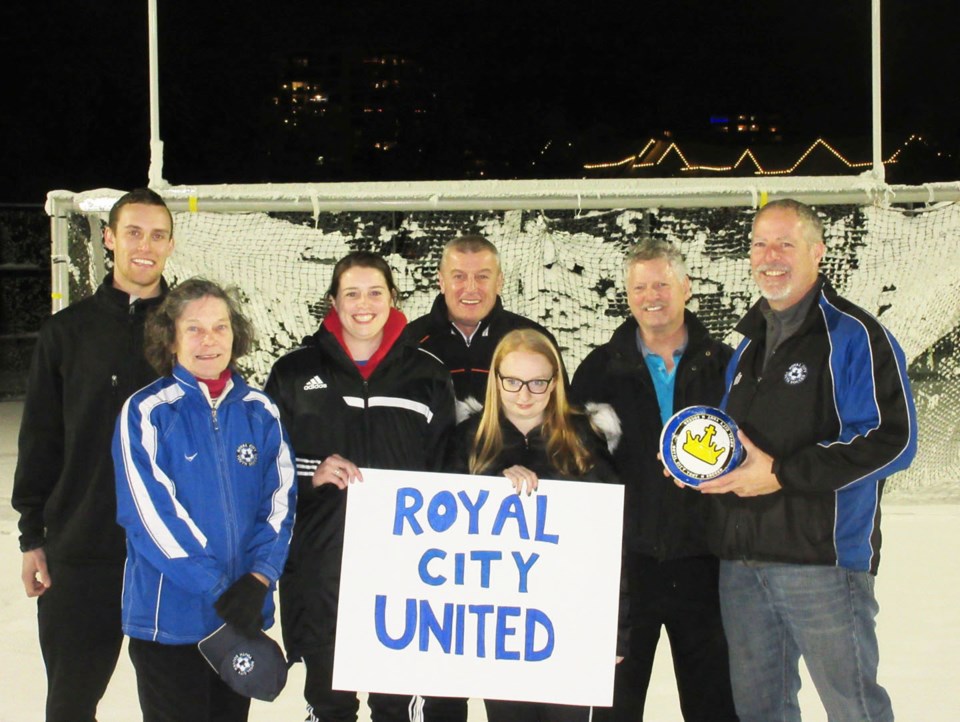 Growing up, Fiona Doyle could always turn to soccer for an outlet to any frustrations that troubled her.
The game presented not just a fun and serious competition – a blank slate to brighten her day – but it also brought her friendships, camaraderie and a healthy activity. It continues to do that for the 28 year old.
It’s something her younger sister Siobhan would watch but could not join in to the same extent, as someone diagnosed with autism.
Now the elder Doyle sister is helping spearhead a program that will give local kids ages 8 to 14 with special needs a chance to enjoy the soccer experience to the best of their abilities.
“I wanted somewhere for kids to play in their own community, meet other kids, and our goal is hopefully some of the kids will build confidence or know some of the basics and possibly play on other teams,” said Doyle, who noted her sister was an inspiration. “I just want to help them learn a little, enjoy a healthy activity like soccer.”
Working with the Royal City Youth Soccer Club manager Karen Murray, Doyle and coach Norm Stevens came up with the Royal City United adaptive soccer program, for children with developmental and/or physical needs. The goal is for it to open more doors for children who have fewer opportunities to be active.
A New West native and Douglas College graduate, Doyle will be applying the skills she has gained through personal experience, in college and as a special educational assistant at her alma mater St. Thomas More Collegiate.
Stevens, who coaches Doyle with the metro women’s Div. 3 Royal City Kodiaks, said he was inspired by watching the people with the Special Olympics, and seeing the younger Doyle sister attend the Kodiaks games to cheer on her sibling.
“Siobhan came to our games and was standing on the sidelines – just the greatest girl – and that probably got me thinking she should be on the field playing soccer with her peers, playing something,” noted Stevens. “I had been thinking about it for a long time. You watch the Special Olympics and go, ‘God, that’s neat.’”
The focus will be on fun.
“My sister does a lot of work with the Canucks Autism Network, and because she’s also in the Special Olympics, she’s on the soccer team and the bowling league I saw how it works and I wanted to bring it to New Westminster,” said Doyle.
There is no territorial boundary for the program, so people from Burnaby and other neighbouring communities would be welcome, although space is capped at 20 kids.
A key part of offering a program is having the right coaches – with experience and knowledge working with kids of various developmental and physical abilities – and Doyle said once word got around about her plan, qualified people stepped forward.
Doyle has a strong group of people who signed up to making the program a reality, with a majority of them from the Royal City ranks.
Dylan and Paul Myers have numerous years coaching experience, while Kodiaks’ teammate Kelsey Haines has, like Doyle, a special education assistance background. Stephanie Walker has coached Special Olympics and is working on her masters of education in special education, concentrating on autism and developmental disabilities.
Michelle Murray is a RCYSC technical coach and has experience as a behaviour interventionist.
The goal, Doyle said, is to have a high ratio of coaches with kids in 8-to-10 and 11-to-14 groups. It will run Mondays (Jan. 9 to March 6) for eight weeks at Fraser River Middle, with the cost being $60.
“The whole idea is to get them finding something they might like and hopefully they’ll be life-long players, even if it’s not soccer, just be active in their community,” said Doyle.
To register or for more info, go to www.rcysc.com.