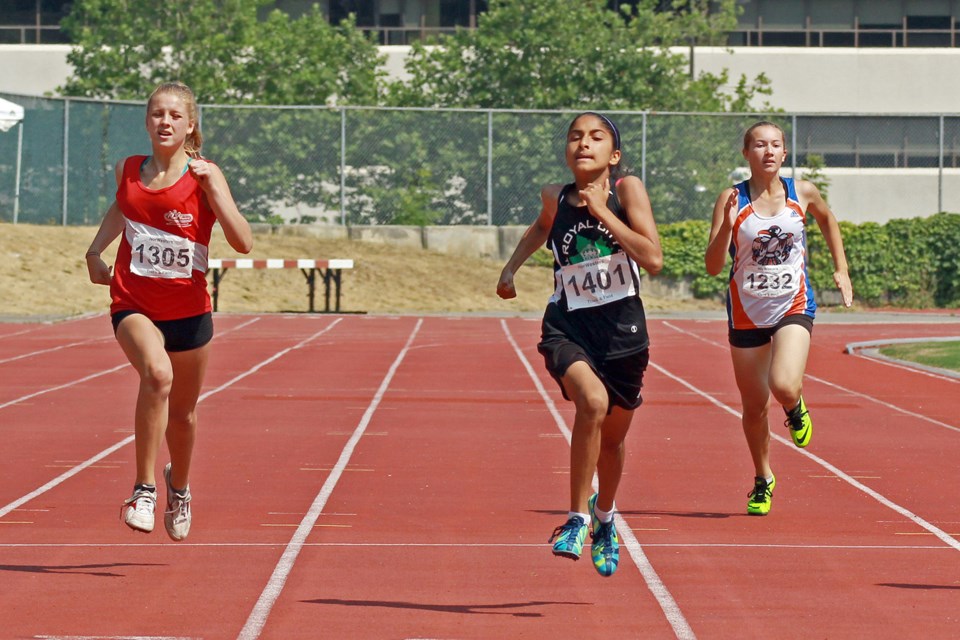 A Royal City Track and Field Club runner does her best at the Trevor Craven Memorial meet at Swangard Stadium last Sunday.Rob Kruyt

The Royal City Track and Field Club athlete leaped 1.57 metres in the high jump, 4.62m in the long jump, while heaving the shot 9.45m.

Foster had a solid effort in the long jump as well, leaping 5.27m in the competition.

Royal City Track also won 32 medals at the Norwester club's Trevor Craven Memorial meet, which drew competition from six other Lower Mainland junior development clubs and even one from Australia to Swangard Stadium.

Grace Fetherstonhaugh placed first in the 14/15 girls' 1,500m steeplechase and was a runner-up in the 1,200m. Jenevieve Patry-Smith claimed gold in the javelin, silver in the shot put and bronze in the hammer throw. Brianna Bates took home the silver medal in the javelin.

In the 14/15 boys' group, Finnley Cookson won the 2,000m and placed second in the pole vault behind winning teammate Max Jones. Shea Janke finished second at 2,000m and third at 1,200m