Public health directives limiting gatherings to fewer than 50 people made it impossible to proceed says league commissioner
May 28, 2020 11:35 AM By: Mario Bartel 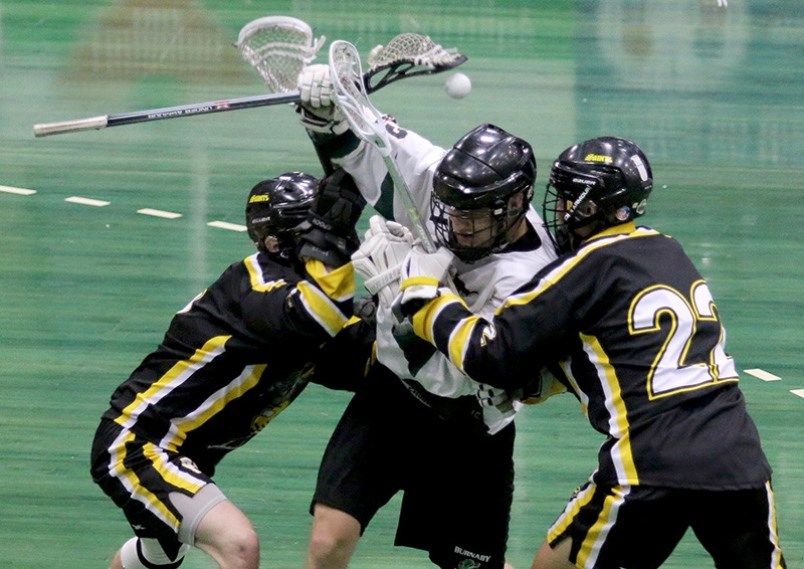 BCJALL teams like the PoCo Saints and Burnaby Lakers will not be getting on the floor this season because of the COVID-19 pandemic that has also cancelled the Minto Cup national championship.TRI-CITY NEWS FILE PHOTO

There will be no junior lacrosse in British Columbia this summer.

A month after the BC Junior A Lacrosse League was supposed to begin playing, the league officially cancelled its 2020 season.

The Minto Cup, along with all other minor and senior national championships, has also been cancelled by the Canadian Lacrosse Association.

In a release, BCJALL president Karl Christiansen said ongoing restrictions in British Columbia limiting the size of public gatherings during the COVID-19 pandemic to no more than 50 people made it impossible for games to be played.

“We had hope we might be able to compete this year,” he said. “But it became evident we wouldn’t be able to have a normal season.”

CLA president Shawn Williams said health and safety, travel concerns and venue closures were the main considerations in its decision to cancel all 2020 national championships from the Mann Cup senior men’s title to the U12 finals, as well as the U19 women’s field lacrosse championships.

“We recognize that national championships are important to lacrosse players of all ages,” he said, adding all hosts for 2020 events will be charged with staging their championships in 2021. That means the Minto and Mann Cups will both be played in Ontario.