After the BC Junior A Lacrosse League wasn't able to play last year because of COVID-19 health restrictions, the league is preparing for a delay to its season this year.
Feb 9, 2021 9:06 AM By: Mario Bartel 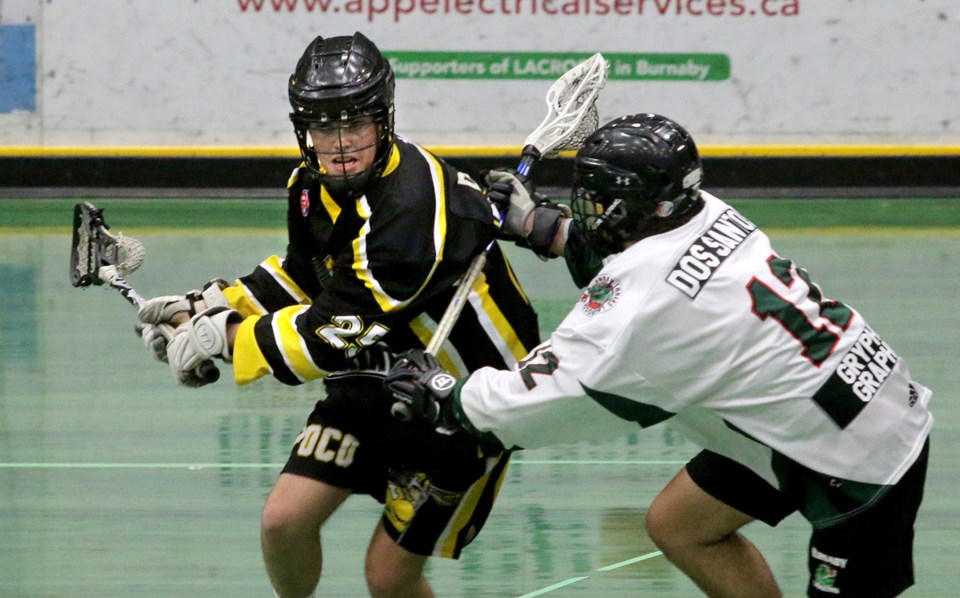 There’s still about two months until the BC Junior A Lacrosse League — which includes the Coquitlam Jr. Adanacs and the PoCo Saints, as well as the Burnaby Lakers and New Westminster Salmonbellies — is expected to start its season.

But commissioner Karl Christiansen is already girding himself for a delay that could extend until after the Victoria Day long weekend in May because of COVID-19 public health restrictions.

What he doesn’t want to happen, though, is another lost season after the 2020 campaign was scuttled by the pandemic.

“It’s very important to all our teams to be back playing,” Christiansen said. “A summer without junior lacrosse is very sad. Two summers would be very hard on all our clubs.”

Christiansen said plans formulated last year to play a reduced schedule of 14 games — and to place teams in cohort divisions to limit travel and possible exposures to the contagion — could be implemented this season if necessary to get the league back up and running.

Also in flux are local restrictions that could affect the teams’ ability to play and practise in their home arenas.

“Our clubs have been focusing on creating their COVID safety plans for their venues,” Christiansen said. “Clubs continue to communicate with their municipal venues to ensure they meet any expectations should we be able to have a season in 2021.”

Even if arenas are available, allowing spectators to attend games might be contingent on the province having success with its vaccination program, Christiansen added.

“We will have to hope for more vaccinations at a higher rate to occur.”

As a non-profit society, the BCJALL relies more on sponsorships and government funding through BC Gaming to operate than gate receipts.

Still, Christiansen said, he’s keeping a close eye on any potential assistance junior hockey teams in the province might secure as their chances of staging a 2020/’21 season whither away.

Christiansen said one potential silver lining to a delayed season would be the return of the league’s top players attending NCAA programs south of the border who sometimes miss the first weeks of their junior season as they wrap up those commitments.

The Canadian Lacrosse Association is expected to provide some indication in March of its plan for national championships like the Minto Cup.

Bad news for NLL could be good news for Western Lacrosse Association
Feb 4, 2021 9:39 AM