New Westminster's popular waterfront park is set to reopen April 2 after more than six months. It's been closed since a devastating blaze in September 2020.
Mar 30, 2021 3:45 PM By: Julie MacLellan 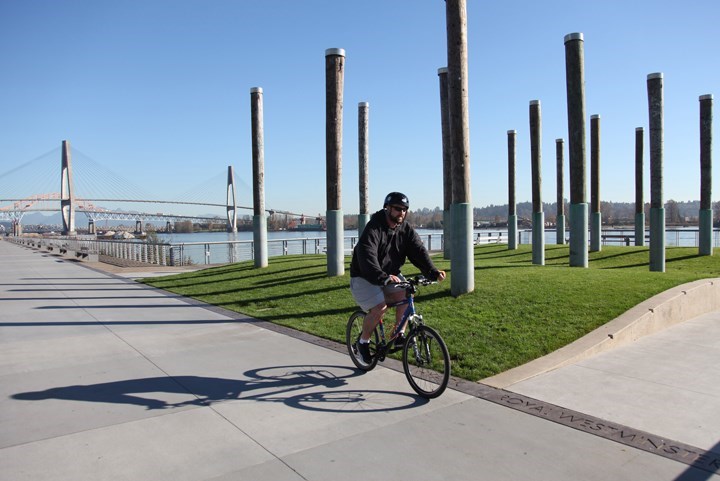 Have you missed Westminster Pier Park? You're not alone. The city has announced that the park will reopen on Friday, April 2 at noon. It's been closed since the September 2020 fire that took out the eastern portion of the park.Record files

New Westminster residents will be able to kick off their Easter weekend by heading back to Westminster Pier Park.

The park is set to reopen on Friday, April 2 at noon, the city announced during the March 29 council meeting.

The popular waterfront park has been closed to the public since the eastern section of the park was destroyed in a massive fire in September. The surviving section had been expected to open again in February but was stalled because of issues with access for emergency vehicles.

On Monday night, planner Carolyn Armanini provided an update to council on the long-awaited reopening.

She said paving has now been finished on an outstanding piece of work at the rail crossing so emergency and park services vehicles can get to the park site. A temporary gate is in place until a full-scale automatic gate can be installed at the crossing, so Armanini noted some temporary protocols will be in place.

She added the city may, in fact, be able to get the park open slightly earlier than planned – by about 9 a.m. on Friday. If that turns out to be the case, she said, the city will post the news to its social media channels.

“It’s been very challenging having that important public space closed since the fire in September, and I think people are eagerly awaiting to get back there.”