Emergency access to the site expected to be in place in April
Feb 9, 2021 4:34 PM By: Theresa McManus 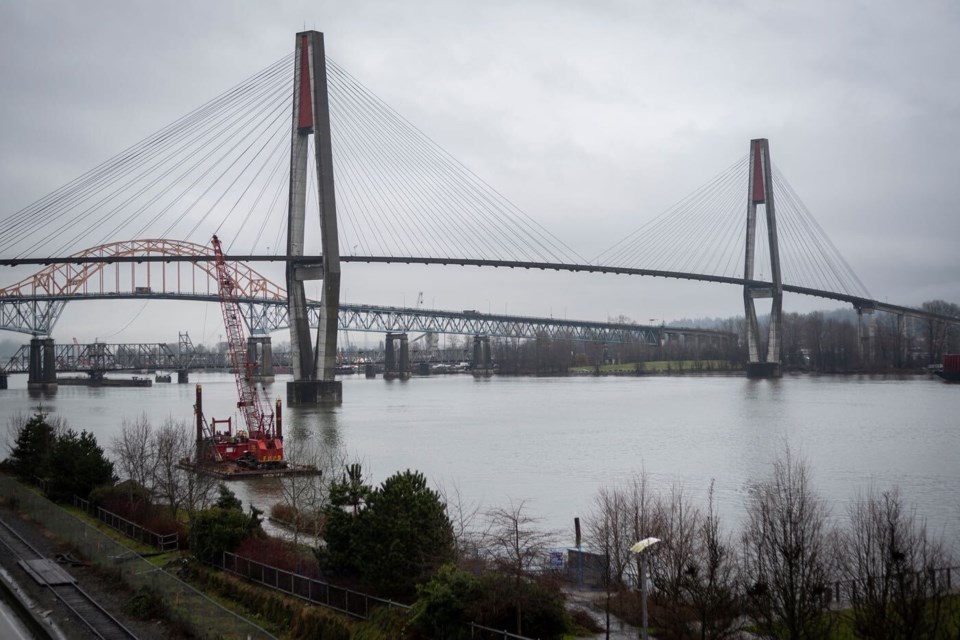 Providing vehicular access to Westminster Pier Park for service and emergency vehicles is holding up the reopening of the portion of the park that survived the September 2020 fire. Jennifer Gauthier/The Record

If you’ve been eagerly awaiting the reopening of Westminster Pier Park, you’re going to have to wait a while longer.

The eastern section of the popular waterfront park was destroyed by fire in September 2020, but the surviving section was expected to open this month. The park’s reopening has now been pushed back to April.

“We need to get this open as quickly as possible,” said Coun. Patrick Johnstone. “I just feel like there is not enough urgency being shown in providing this amenity.”

The plan has been for the park to reopen once a final site cleanup is done and a secondary emergency services access point from Front Street is reestablished. While efforts to remove fire debris from the Fraser River are on track to be finished this month, there have been delays in securing a new temporary crossing into the park.

Johnstone questioned why full vehicle access to this park is needed before the park reopens.

“If we did have a medical emergency or police had a police incident in the park, neither of us would be able to get into the park in a timely manner,” Fire Chief Tim Armstrong told council Monday. “That’s the main focus – public safety. If we can’t protect the public in our park by getting there in a timely manner, this was the main reason we decided to wait until we had the rail crossing and the ability to enter the park through that crossing.”

A Feb. 8 report to council states CP Rail recently finalized its work related to the new temporary access point. City staff have initiated a competitive bid process to select a contractor to do city works related to the new crossing; once a contact is awarded, it’s expected to take about six weeks (weather dependent) to do the work required to created the new access point. Johnstone questioned if the city has been “creative” in looking at ways of providing emergency access to the site, such as storing some emergency equipment at the concession stand in the park or providing access over the overpass via a small vehicle or golf cart.

Armstrong told council that having emergency responders using the existing pedestrian overpasses to get into the park for calls, such as someone having a cardiac arrest, would delay their response times and could affect patient outcomes. From a firefighting perspective, he said the fire department is unable to get a fire truck into the park without that new access point.

Jim Lowrie, the city’s director of engineering, said construction of the new access point is expected to be complete by the end of March or early April, weather permitting.

Council members stressed a need to reopen the park as soon as possible.

“We are trying to get people outside as much as possible,” said Coun. Mary Trentadue. “Obviously, it’s February so we have a bit of that on our side, but if we start to get into April and May and June, if it goes longer, I think that is unreasonable.”

Mayor Jonathan Cote expressed concern that there had been no warning the park wouldn’t be reopening in February as planned.

“Until this report came, there was no indication that that timeline was not going to be met,” he said. “It’s a bit frustrating when we are in February to be advised that the park is not going to be reopening and work to get that emergency crossing is still a few months away.”

Cote said the community would probably be OK with the park reopening in April, but further delays would be “intolerable” for people who have been cooped up inside because of COVID-19 restrictions.

“I think people are itching to get outside,” he said. “In our high-density neighbourhood, the Pier Park is the back yard for that neighbourhood. Given the circumstances, I think we need to do everything we can to make sure we are able to reopen this park as soon as possible.”

Lisa Spitale, chief administrative officer, said staff are “deeply concerned” about the timelines and have been talking about ways of expediting actions related to the new access point.

“If we do find that there are other surprises, we will respond back to council. If we do find there is any chance that this is going to go into the spring, you have our commitment to look at some other contingency situations to see if we can find other paths forward,” she said. “We hear council loud and clear. We are just as concerned about this as you are, but we are trying our best.”