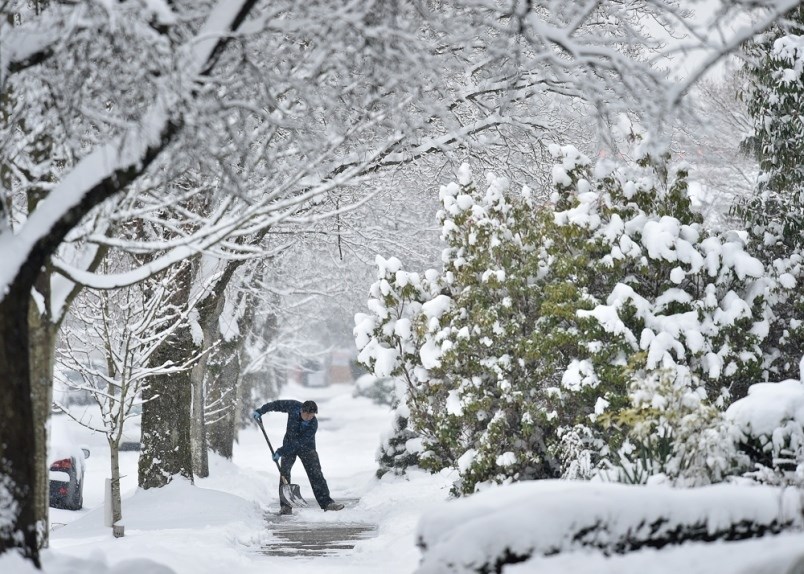 Winter is coming. Although the Weather Network is predicting milder temperatures along with south coast, with a few “high impact snow events.” File photo Dan Toulgoet

Back in September, the Weather Network predicted that British Columbia would have a milder winter, but that December was a “wild card.”

Since then, the winter forecast has been updated to include the most recent prediction, which calls for milder temperatures along the B.C. coast and across much of Northern B.C. However, the forecast adds that northeastern B.C. to the southern interior will see near normal temperatures.

While the north coast region is “expected to see above average rainfall and alpine snow,” the south coast region is expected to be drier than normal. With this in mind, the forecast adds that this dry pattern may break at times during the season. During these breaks, the Lower Mainland could have the “potential to see several weeks’ worth of precipitation in just five to 10 days.” As such, the final precipitation totals should reach the seasonal average, despite some dry patterns.

The forecast also mentions “the blob” — an expanse of unusually warm water that has been tracked stretching all the way from California to Alaska — noting that it has been a big driver for the Pacific Northwest. However, a couple of “high impact snow events” are also expected for the south coast of B.C.

The forecast notes that “periods of active weather should coincide with the periods of cooler weather, allowing ski areas to pick-up substantial snowfall at times.” It adds that the “Pineapple Express” is not expected to be a regular feature of the season, which will “help to limit the threat of excessive rain in the alpine regions.”