Vancouver creator of racist video lives with person of colour in U.S. for two weeks

B.C. Community Alliance demands educational program, protocols should be in place to deal with racist incidents at schools
Jun 29, 2020 1:59 PM By: Mike Howell 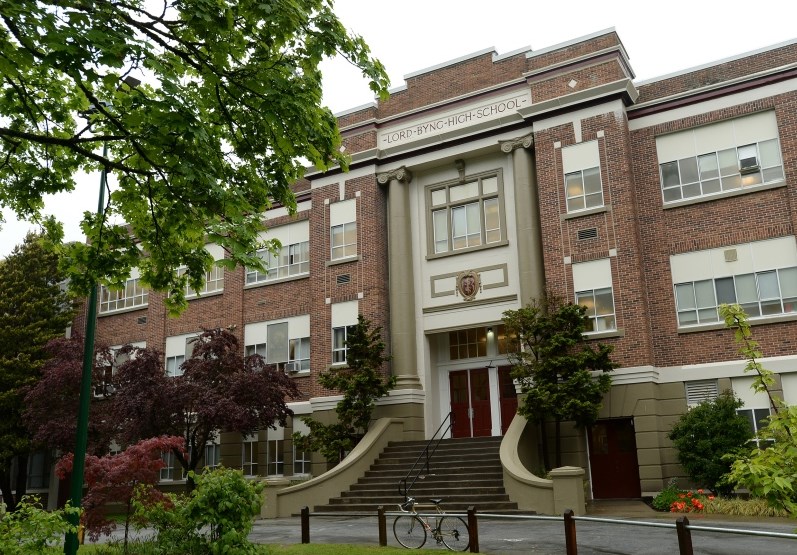 A Vancouver high school student who created a racist video in 2018 that targeted Black people later lived with a person of colour in the United States for two weeks as part of his effort to atone for his actions.

The report doesn’t provide further detail on the circumstances of the student’s stay in the United States or his connection with the resident. But the trip is mentioned among the measures the student either imposed upon himself or was ordered to do by police and school board officials.

“In the absence of formal programs, the youth learned about how his actions affected others through counselling and self-directed cultural education, which involved travelling to the United States and living with a person of colour for two weeks,” the report said.

The student, whose name was not released, was never charged with a criminal offence. Police chose instead to pursue sanctions and “extrajudicial measures” under principles set out in the Youth Criminal Justice Act.

The case dates back to November 2018 when the student created a video that was shared via Snapchat, a multi-media messaging app popular with teens.

Since that report, the Office of the Police Complaint Commissioner requested Vancouver police provide more details on penalties imposed against the student.

That request was based on a complaint from the B.C. Community Alliance, a local organization dedicated to fighting racism, particularly anti-Black racism.

The Alliance argued that no extra-judicial measures were taken to ensure the safety of racialized students at the school, and that sanctions imposed on the student were self-imposed and not meaningful.

Davey’s report to the board last Thursday provided a list of measures that were not included in the department’s report to the police board in February. The measures were only allowed to be revealed after getting permission from the student’s parents, as well as consulting with school board lawyers and staff.

The measures included the student’s stay in the United States, attending weekly counselling for “many months” and a “self-education plan” approved by a police school liaison officer.

The student was suspended for five days but was required to stay home an additional 20 days while school board officials worked on transferring him to another school.

The student offered to make an apology to people affected by his video. But numerous attempts by school board officials to facilitate the apology and “initiate a restorative justice-based interaction with the affected members of the community were declined,” the report said.

Markiel Simpson, a spokesperson for the B.C. Community Alliance, said he has been disappointed with the investigation of what police themselves described as an incident that was racist and hateful.

Failing the pursuit of charges, Simpson said there has to be an educational program, or protocols, in place to hold the student accountable for his actions, but none exists.

“That’s a problem,” he said, noting the police report questioned the wisdom of creating such a program, given the need to tailor any response to the specific circumstances and needs of the student. “It’s insulting to people of colour who are subject to hate crimes to say that it will take too much effort to develop these programs that will protect your lives.”

Simpson said he wants more detail on the student’s visit to the United States to live with a person of colour, how it was arranged and how the U.S. resident was identified.

“There’s lot of people of colour here, and it goes against what they were saying about reaching out to the community affected,” he said, noting living with a person of colour for two weeks would not make the student an expert on race relations.

Police board member Allan Black said at Thursday’s meeting that he was “troubled” by the case. He successfully urged board members to defer the case to a board committee for further review.

“I’m not sure that I’m prepared to accept the conclusions of what has happened to this individual at this stage,” Black said. “I’m just wondering if there are other sanctions, other things that can be done before this comes before [the police board] again.”

The move came despite Davey’s report and presentation recommending the case be concluded.

Davey told the board a thorough criminal investigation was conducted by Lord Byng’s school liaison officer, who concluded the case should not be forwarded to Crown counsel for charges.

That conclusion, she said, was also reached by senior investigators who reviewed the file, which came to the attention of police after a parent reported the video to the school’s administration.

“So as far as what else could be done, at this particular time, the criminal avenue has been exhausted, the youth has been held accountable, the youth has graduated from high school and moved on to other aspects of his life,” she said. “I’ll note that other sanctions were imposed on the student, but I’m not at liberty to reveal [them] to the board because they are protected under the Freedom of Information and Protection of Privacy Act, as well as the School Act.”

Patricia Barnes was the only board member to speak in favour of approving Davey’s report, saying: “It appears to me that a lot of work went into this and the young man was sanctioned and went through all the processes, and that we should move forward.”

No date was given when the case could return to the full board for decision. The board’s next public meeting is scheduled for July 23.