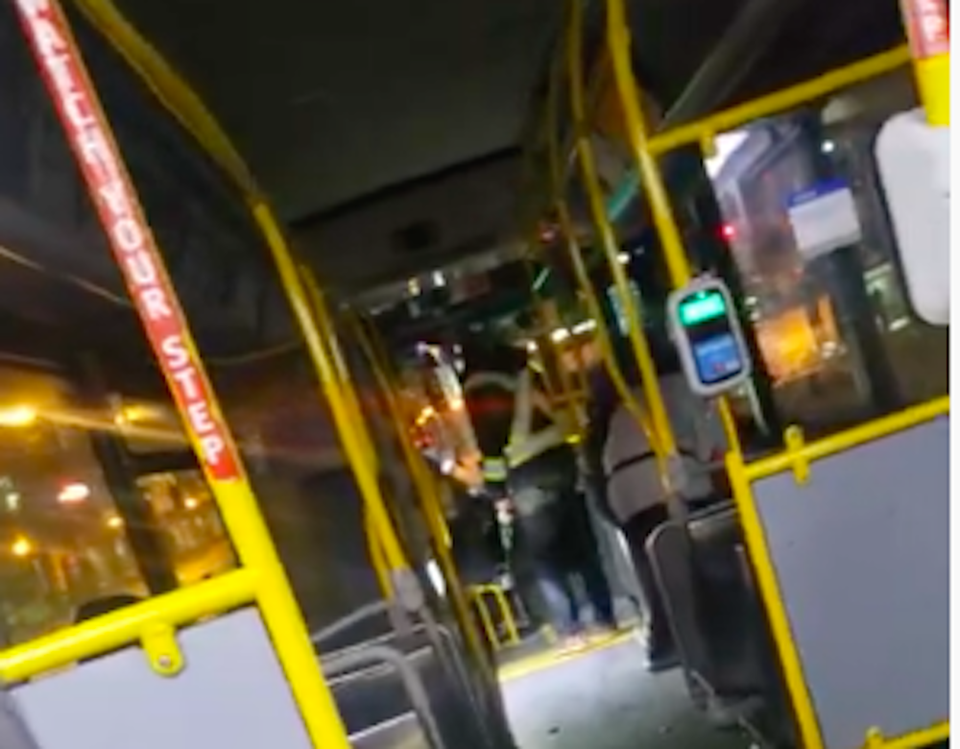 When the unmasked customer says they didn't understand what the driver was asking, the driver yells at them and says "for four months we've been wearing masks." photo Paul S / YouTube

A video circulating on social media shows a heated exchange on a Metro Vancouver bus where a transit operator yells at a passenger for not donning a face covering.

In the video, a transit operator tells someone that they have a mask on but that the "other guy didn't." When the prospective passengers question the driver, he responds by yelling: "What do you mean crazy? It is a pandemic!"

Following the initial confrontation, one of the passengers asks, "What is wrong with you?" and the operator yells that the unmasked individual came too close to him.

When the unmasked customer says they didn't understand what the driver was asking, the driver yells at them and says "for four months we've been wearing masks."

Another passenger remarks that "a pandemic doesn't excuse your tone of voice with the customer."

The bus driver then says the customer in question isn't "wearing a proper mask," while the other passenger underscores that "he is wearing a mask" and tells the driver to get an N95 mask if he has to be "so immune to anything that is in the air."

The customer who was yelled at can be heard saying "I'm sorry" multiple times.

TransLink Spokesperson Jill Drews tells Vancouver Is Awesome in an email that the transportation agency has identified the transit operator and is investigating the incident.

The video was shared on YouTube on Nov. 26 by Paul S, who writes that he boarded a bus near Kingsgate Mall around 3 a.m. ahead of "three young guys" before he recorded the incident.

"I didn't jump in right away but as the verbal tirade intensified and was clearly one-sided I decided to speak up for the guys," he explains.

"I take a stand for common decency when I'm out in public, but I try to pick my battles. Nevertheless, while riding transit I have intervened on many occasions to put a stop to assault, unwanted touching/creeping, heckling, gross vulgarity, and racist ramblings.

"This was the first time confronting a bus driver for their behaviour."

Violating B.C. mask order can result in a $230 fine

The mask order applies to all British Columbians, 12 years and older, in many indoor public settings including:

Masks can be removed temporarily when individuals are in a place designated for consuming food or beverages, receiving personal or health service, or required to identify themselves in an indoor public space.

--With files from the Richmond News.