Windows smashed and thousands of dollars of product stolen from two shops about a block apart on 6th Street
Jun 12, 2019 10:39 AM By: Dustin Godfrey 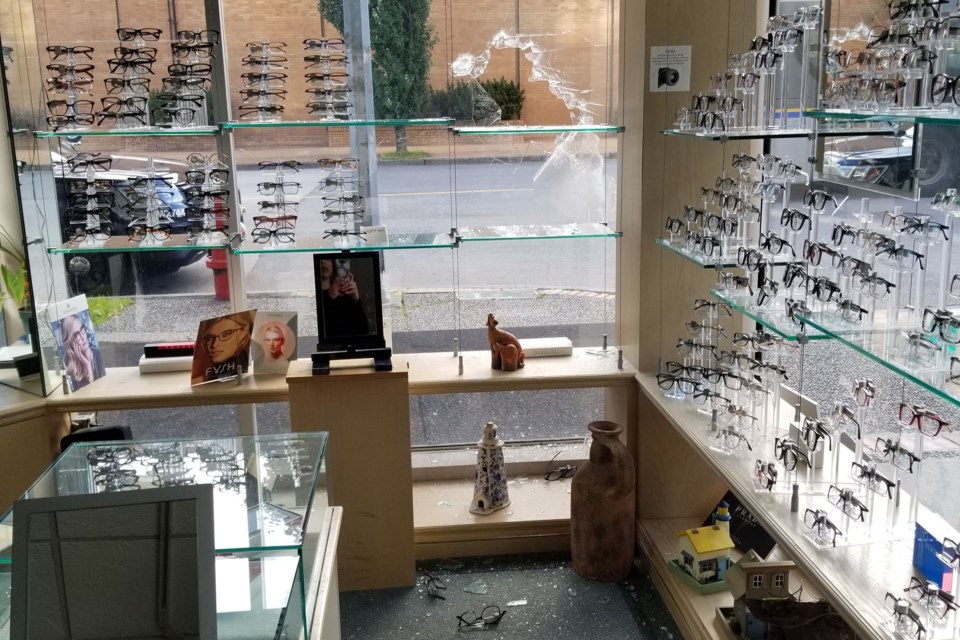 Sureen Bachra was notified by police Saturday morning that the window to her eyewear shop was smashed. Thousands of dollars of product was stolen, she said. Submitted photo

Two eyecare shops about a block away from each other were broken into within just a few days.

“We had a big mess to clean up Saturday morning,” Bachra said, adding that thousands of dollars worth of product was stolen from her shop as well.

“I don’t know if they targeted … I guess they grabbed whatever was in reach, and it just happened to be high-end frames.”

Both shop owners said the police are aware of the incidents – Bachra said she heard about the break-in from the police Saturday morning.

Ren added that she submitted security camera footage for police to review.

Sgt. Jeff Scott, spokesperson for the New Westminster Police Department, did not return a request for comment by deadline.

Both shops are along 6th Street, and only about a block away from one another – Lifetime Eyecare is at the corner of Princess Street and New West Optical is near the corner of 7th Avenue.

630
New West sees big jump in COVID-19 cases
607
Opinion: Now NIMBYs are whining about shadows from new housing
433
Here is how fast COVID-19 can spread after a road trip in B.C. (INFOGRAPHICS)
411
Filming in New West: A bright spot in a challenging year
401
Pfizer temporarily reduces European deliveries of vaccine