TransLink is promoting something called “bus stop balancing” that would remove some stops in Burnaby and New Westminster in order to speed up buses.
Aug 1, 2020 6:03 AM By: Chris Campbell 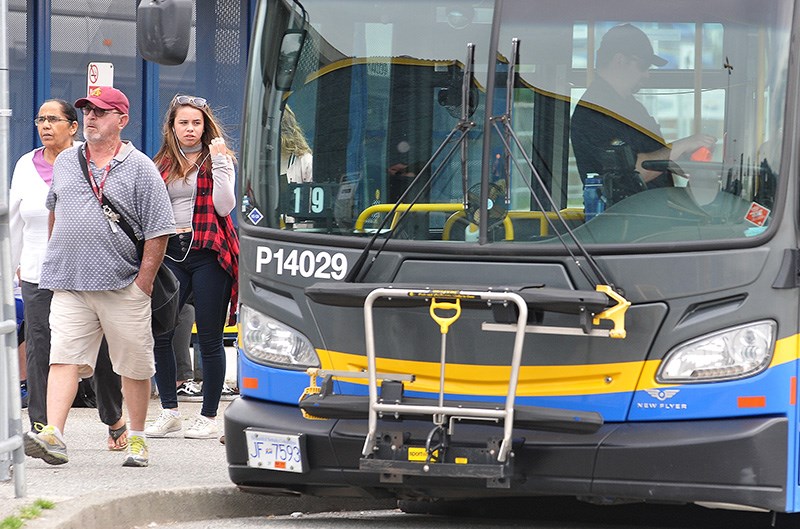 TransLink is promoting something called “bus stop balancing” that would remove some stops in Burnaby and New Westminster in order to speed up buses.

TransLink on Thursday released its assessment of “near-term opportunities” for municipal projects aimed at improving bus travel times around Metro Vancouver while also improving the overall flow of traffic during the pandemic.

One of the main items is called bus stop balancing – “removing or consolidating bus stops that are too closely spaced together to improve bus travel times, increasing sidewalk space and freeing up curb space for more parking,” said TransLink.

One of the routes selected by TransLink “based on estimated opportunity to consolidate stops, benefits to customer travel time, and operating cost savings” is Route 106 - New Westminster Station/Edmonds Station in New Westminster and Burnaby.

“Bus stop balancing is another opportunity to reduce delay for buses and customers, which can be implemented quickly without requiring new infrastructure,” said a TransLink report. “About two-thirds of bus stops in Metro Vancouver are closer together than recommended by the 2018 Transit Service Guidelines. In some places, there are two bus stops on the same block. In others, there are bus stops immediately before and after an intersection.”

According to TransLink, when stops are too close together, it increases the length of the trip for everyone and the time spent slowing down, pulling into the stop, waiting for traffic to pass, pulling out of the stop, and speeding up again increases both bus speed and schedule reliability.

One item that some might take issue with is TransLink saying that getting rid of some stops will help expand the “public realm by freeing up curb and sidewalk space for other uses, such as parking.” Transit use might not like stops being eliminating to add more parking, although TransLink said other uses could be “patio seating and parklets, bike racks, and landscaping.” TransLink estimates that bus stop balancing will affect about 10 – 20% of bus stops per corridor.

Other ideas TransLink is considering include:

About half of the opportunities identified by TransLink are in the City of Vancouver, while the other half are along key bus corridors in communities such as North Vancouver, Burnaby, Surrey, West Vancouver, New Westminster and Richmond.

Bus customers travelling through proposed areas could save as much as ten minutes of travel time per round trip. These opportunities are estimated to cost about $2 million in funding already set aside for bus priority initiatives. If all are implemented, they could generate an estimated $2 million per year in operating savings for the region, recuperating costs within one year.

“Our region has a unique opportunity now to rethink how road space is used and find ways to make our roads work better for everyone,” according to New Westminster Mayor and Mayors’ Council Chair Jonathan Coté. “It is possible road congestion will become worse than it was before the pandemic as people choose single occupancy vehicles due to anxiety over COVID-19. Changing the region’s roads to improve the reliability of buses makes transit a more attractive option for people trying to get around during and after the pandemic.”