It could be months before New West residents have full access to parks and recreation facilities.
May 17, 2020 2:24 PM By: Theresa Mcmanus 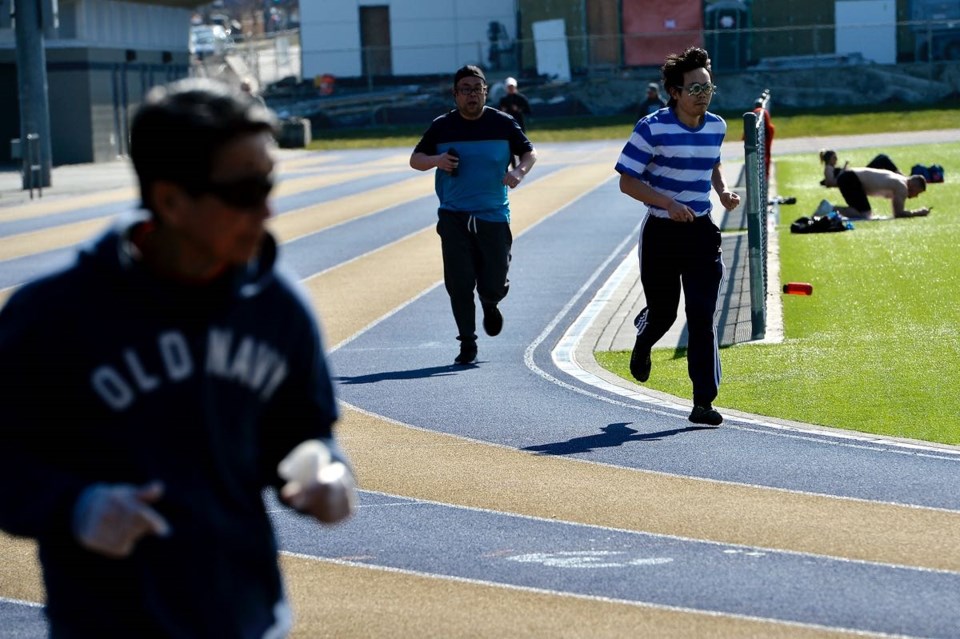 Mercer Stadium is among the latest parks and recreation facilities to reopen after being closed to stop the spread of COVID-19. Community facilities and park features will be phased in over the coming months with safety, staffing and financial considerations all playing a role in how soon that happens.

It could be months before New West residents have full access to parks and recreation facilities.

In an effort to minimize the spread of COVID-19, in March the City of New Westminster cancelled special events and has closed many facilities, including community centres, Canada Games Pool and Anvil Centre. Along with community facilities, some features some in local parks are still closed, including playgrounds, basketball and volleyball courts, outdoor fitness circuits, spray parks and the Belmont parklet.

“We are still continuing to encourage informal use of park sites only and are not issuing any permits for organized group use at this time,” said Dean Gibson, the city’s director of parks and recreation. “That’s about where we are today.”

Gibson said the province has asked various organizations, including provincial sports organizations and the B.C. Recreation and Parks Association, to develop guidelines that will enable the safe operation of recreational services and parks spaces during the COVID-19 pandemic.

Gibson said a number of factors will influence the resumption of parks and recreation services through the four phases of the Restart B.C. plan. This includes adherence to the public health officer’s health orders and recommendations, safe working conditions for staff, community need, availability of permanent staff for program development, limitations on the use of auxiliary staff (two-thirds of the city’s 600 or so auxiliary employees who have been laid off work in parks and rec) and financial considerations.

“So, as we look to mid-May in our recreation services areas, most of our facilities remain suspended and the facilities are closed,” he told council May 11. “But we are wanting to turn our minds to planning and preparation for modified services under the public health guidelines. We are anxiously anticipating the sectoral operating guidelines from the B.C. Recreation and Parks Association, as well as guidelines through WorkSafeBC, which will help guide our protocols in terms of workers safety.”

In Phase 2 of ReStart B.C., parks and rec is working on initiatives such as peer counselling services for seniors and youth, games/activity resources at Century House, a virtual Canada Day celebration and informal use of parks, trails and greenways.

“It’s been a very interesting period of time over the last several weeks to see how community has responded to our parks. I think it has been an amazing time for rediscovery of, not only or biggest parks within the city, but also some of the smaller neighbourhood ones that are closer to people’s homes,” Gibson said. “We see opportunity for leveraging some of that new interest in an unstructured way through interpretive programming, enhanced park promotion and way-finding.”

Phase 3 of the province’s plan is suggested to be from June to September, but doesn’t have a specific end date.

“Most of the changes that the community has been inquiring about and would be hoping to see would be focused in Phase 3, to bring as much on as we feel that we can safely can do in a managed fashion over the summer months,” Gibson said. “Then, as we move out of summer and into the fall we will begin to turn our attention to how we can resume services within our recreation facilities and those indoor activities.”

In addition to continued informal uses of parks, trails and greenways,  in Phase 3 the city would look to implement a phased-in summer opening of playgrounds, spray parks, sports fields by organized sport groups, basketball and volleyball courts, and small booking in the Queen’s Park rose garden and picnic shelters – all subject to risk assessments and enhanced operating guidelines.

“Playgrounds are a particular concern within parks and recreational departments, largely because of the high-touch nature of all the surfaces that are there. … It is looked at as something that perhaps will become a later phase in the program, as opposed to one that can be introduced earlier,” Gibson said.

Gibson said the city is anticipating it would begin to look at resuming modified recreation services in its indoor facilities in the fall. It’s during this phase that the city would look at reopening pools, arenas, community centres, Centennial Lodge and Century House.

Phase 4, which will begin at a to-be-determined date, would be conditional on treatment or vaccination related to COVID-19.

“It is only, according to Dr. Bonnie Henry, when we get to that point that we should be imagining a full resumption of parks and recreation services, and being able to reintroduce things like community and special events. I have taken great heed in those comments in terms of tempering our expectations as to when normal, as we used to know normal, is going to come back to us again,” Gibson said. “I think there are a number of health thresholds that need to be crossed at that point before we would be looking at something that resembles life in parks and recreation before the middle of this past March.”

2574
Luxurious residences are setting a new standard of living in Langley
311
New West now grappling with second big COVID-19 outbreak
251
Opinion: This protest in front of NWSS against an affordable housing project is ridiculous
219
New West rapid access clinic opens as 'safe way to get sober'
210
UPDATE: Here's where you could be able to buy cannabis in New West