New West politicians continue to visit cities in effort to drum up support for their Pattullo plan
Apr 2, 2014 10:47 AM By: Theresa Mcmanus 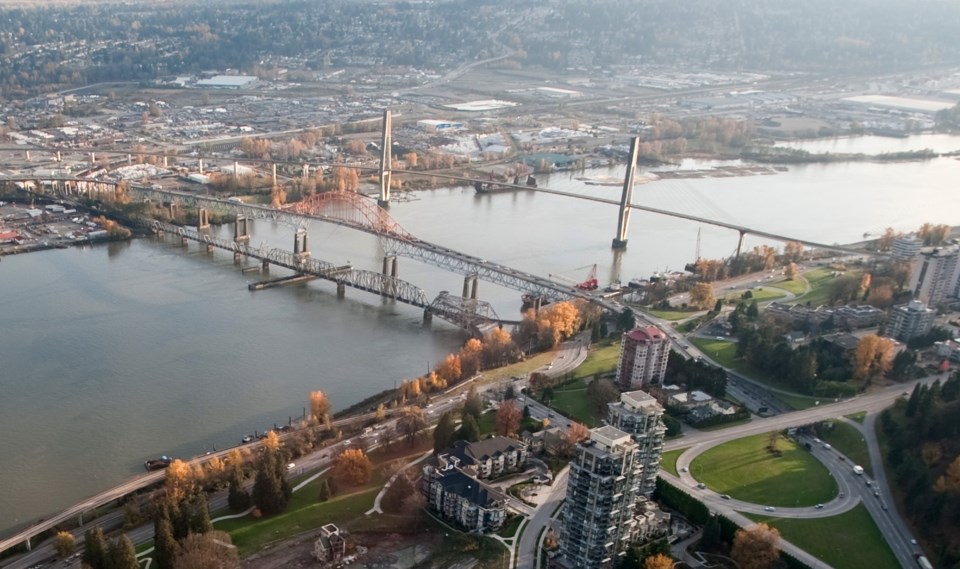 The Mayors Council on Regional Transportation is proposing a new four-lane Pattullo Bridge as part of its 30-year vision for the region. New Westminster is appealing to the premier to cancel a referendum about funding of the region's transit system.

Next stop: Surrey.
New Westminster city councillors are continuing their tour of Lower Mainland city councils to present their position paper on the Pattullo Bridge.
“We are at our wit’s end here,” said Coun. Chuck Puchmayr. “It’s a move of desperation.”
Some councillors in Burnaby suggested the bridge should be demolished – and not replaced. Port Coquitlam mayor Greg Moore questioned the city’s attempts to sell its position by visiting other councils in Metro Vancouver.
“There are some that look at this and say this hasn’t been done before,” said Mayor Wayne Wright. “My answer to them is that it is such an important issue to our city that we need to get them the information.”
In addition to neighbouring cities, New Westminster presented the information to downtown businesses April 1.
The tour of Metro Vancouver city councils will continue in the coming weeks, including stops on April 7 in Surrey (Coun. Jonathan Cote), Richmond (Coun. Bill Harper) and Delta (Coun. Lorrie Williams). That will be followed by appearances on April 14 in Langley (Coun. Jaimie McEvoy) and Maple Ridge (Williams) and in the city of township of Langley (McEvoy). On April 22, the tour stops in Vancouver (Puchmayr), April 28 in North Vancouver City (Cote), April 28 in White Rock (McEvoy) and May 6 in Pitt Meadows (Williams). In addition to Burnaby, Harper has already presented the city's plan to Port Moody council.
On March 6, the City of New Westminster released a 33-page report, A Reasonable Approach: A Perspective on the Pattullo Bridge. The city supports a new or rehabilitated four-lane tolled Pattullo Bridge, as well as proper connections from South Fraser Perimeter Road to Highway 1 and the Port Mann Bridge.
According to New Westminster, traffic on the Pattullo Bridge has increased by 8,000 trips per day since tolls on the new Port Mann Bridge were introduced.
“We just want to get the right information to get the right result,” Wright said. The Pattullo Bridge was closed to traffic for several hours on Saturday, after a motorist suffered a medical emergency and went into an oncoming lane and hit another vehicle head-on.