If your idea of a fun night is sitting by a campfire in your back yard, you may be luck. While campfire tables and fire pits are readily available at many retailers, they’ve been prohibited under the City of New Westminster’s fire protection bylaw.
Jun 25, 2020 4:48 PM By: Theresa Mcmanus 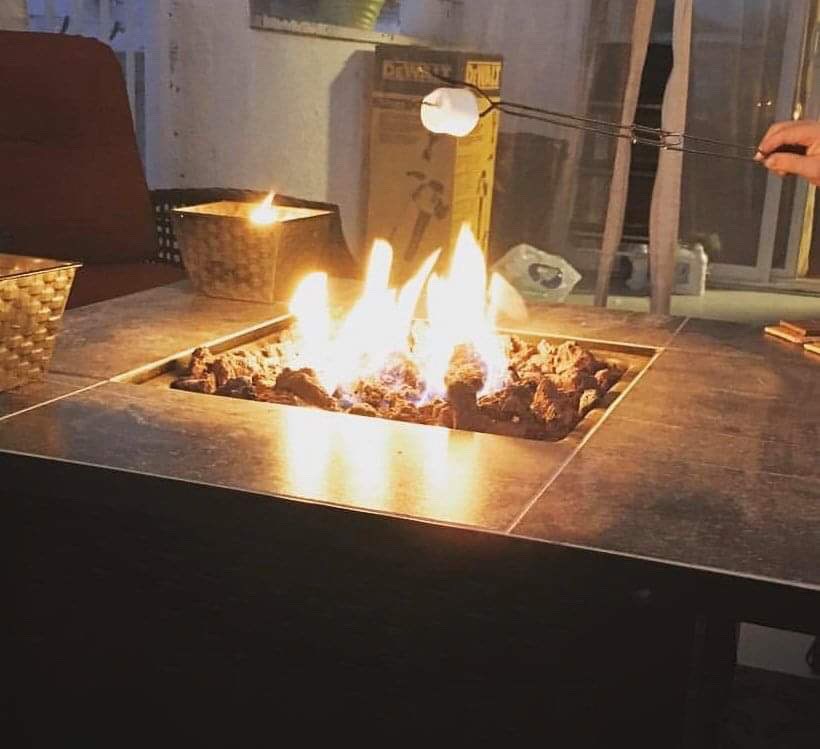 Fire tables, like this propane version, haven't been permitted in New Westminster under the current fire protection bylaw - but they're now allowed as long as they meet certain conditions.Contributed

If your idea of a fun night is sitting by a campfire in your back yard, you may be luck.

While campfire tables and fire pits are readily available at many retailers, they’ve been prohibited under the City of New Westminster’s fire protection bylaw. The fire department, however, has now decided that propane and natural gas outdoor appliances will be permitted if they meet certain conditions, but wood-burning fires are still prohibited.

Assistant deputy chief Erin Williams said New Westminster Fire and Rescue Services has had quite a few inquiries from residents about the use of outdoor appliances. Having reviewed the matter, he said the fire chief has agreed that devices will be allowed as long as they meet certain conditions.

“Given the ease of accessibility, the desire of residents to use clean-fuel outdoor appliances and the fact that there is no data supporting an increase in fire damage due to these appliances, to be consistent with other local jurisdictions New Westminster Fire and Rescue Services will allow the use of these devices provided that … criteria is met,” he wrote.

Fire pits, portable heaters and decorative fire tables are permitted provided that all of these conditions are met: the appliance is fueled by natural gas or propane; the item is Canadian Standards Association (CSA) or Underwriters Laboratories of Canada (ULC) approved; the appliance is used in accordance with listed manufacturer's instructions; in the absence of listed manufacturer clearances, a minimum of a three-metre clearance from combustibles shall be used; and the appliance is used only on private property. The chief notes it’s the responsibility of people living in strata properties to confirm whether their strata rules and regulations allow the use of these devices.

The fire protection bylaw will be updated to reflect the city’s new policy, but the devices are now permitted under the direction of the fire chief.

“It will be amended eventually. We are in the process of reviewing all of our fire bylaws. It takes a bit of time to amend the bylaw. It has to go through council readings,” Williams told the Record. “Rather than have that not completed until the end of summer when people actually want to use these devices, we thought we would get an interim letter out.”

In the early days of COVID-19,  Queen’s Park resident Geoff Pomper, his wife and two sons had lit a fire in one of the fire tables the family had purchased at a local retailer when they received an unexpected visit from local firefighters telling them the device was in violation of city bylaws and they needed to put it out. While Pomper quickly doused the fire with water, he later told the Record he believed it was time for New Westminster to reevaluate its bylaw.

“I think there has to be a little bit of give and take, especially in times like this,” he said. “We were just trying to get outside, enjoy the weather and do something a little bit different instead of sitting in front of the boob tube.”