Opinion: COVID-19 has given BC NDP a licence to spend big 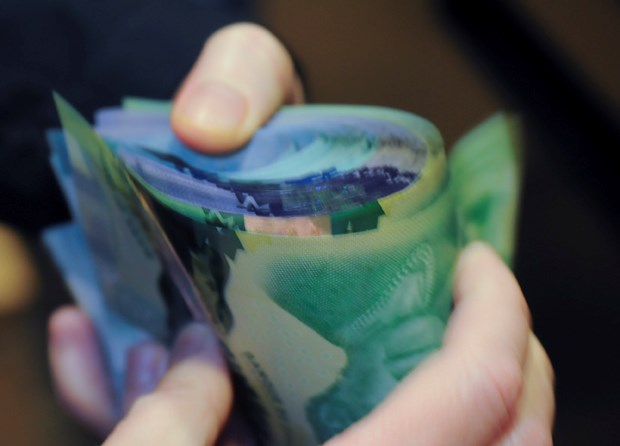 The deficit this year is pegged at $9.7 billion this fiscal year, $5.5 billion next year and $4.3 billion the year after that. Mike Wakefield, North Shore News files

Far more than any Throne Speech, a provincial budget is usually a much-anticipated annual event that sets the course for the coming year and lands the government of the day in a bit of controversy, good and bad.

So much for the old days.

This year’s budget landed with all the excitement that comes from watching an accountant fill out a tax form.

Even though it is projecting a record – by far – budget deficit and will ratchet up the provincial debt to unimaginable levels over a short period, Finance Minister Selina Robinson’s first budget on her watch failed to generate any buzz.

It is not her fault, of course. It is just that the COVID-19 pandemic continues to reframe how the public views issues, as everyone’s priorities have been turned on their head.

No one was really expecting much from the budget going in. We knew there would be a huge deficit and that the NDP government was going to spend a lot of money on health care, social services, infrastructure and programs aimed at assisting in economic recovery while we wait for the blasted pandemic to finally end.

And on that point, the NDP delivered the anticipated goods.

The deficit this year is pegged at $9.7 billion this fiscal year, $5.5 billion next year and $4.3 billion the year after that. So almost $20 billion in collective deficits over three years.

That includes almost $9 billion in new program spending over that period. Another $26 billion in capital spending will flow out the door as well.

And yet, there seems to be a collective shrug in response to these mind-numbingly huge numbers. A very vocal “meh.”

If anything, the most common reaction from various interest groups – including business groups – was that there was not enough new spending. More “investments” were required, goes a common refrain.

Both business and labour are upset there was no money for a new program to ensure paid sick leave.

There was a budget increase for child care, but not nearly the size that is required, argued advocates.

In other words, spend more.

Even the BC Liberals were rather modest in their criticism, focusing on spending cuts and saying there was no vision set out to steer the province to economic recovery.

No sooner had the budget been tabled than everyone’s focus shifted once again to the issue that has dominated our lives for more than a year: the latest in our COVID-19 situation.

I guarantee there is far more public interest in the new travel restrictions than there is in the size of the deficit and the growing public debt.

More people could probably quote COVID-19 case statistics from around the world before they could cite many numbers from Robinson’s budget.

Eventually, we will return to the days when seemingly quaint concepts such as balanced budgets and public-spending discipline become the norm again.

That, however, remains on a very distant horizon.

In the meantime, the New Democrats get several more years to spend, spend and spend while being urged to spend even more from groups right across the political spectrum.

It is an enviable position for any government to find itself in.