Opinion: A New West KFC closed due to COVID-19 and people aren’t happy

New West eaters are looking for other fried chicken options
Dec 16, 2020 11:52 AM By: Chris Campbell 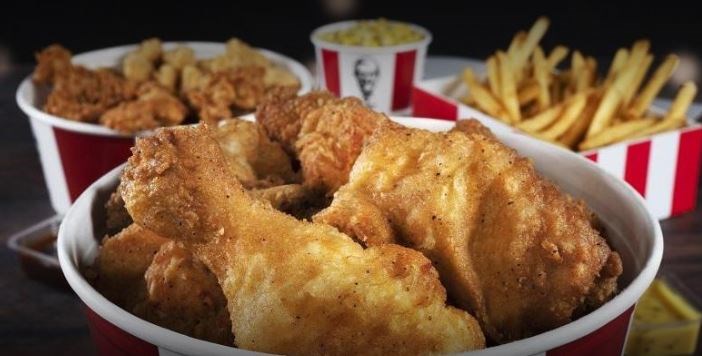 That’s the inescapable conclusion after I received a bunch of messages about the KFC on Sixth Street in New Westminster being temporarily closed.

The sign on the door just says closed due to the COVID-19 pandemic so it’s unclear if there was a case or cases involved, or if the pandemic has just taken its toll on business.

But people are not happy about the situation.

One local resident named Diane wrote about what happened on Tuesday when she arrived to some sort of toonie deal that is offered on that day, but the place was closed.

She described people arriving and looking disappointed that they couldn’t get their deal.

Another reader wrote in about how the cheap Tuesday meals are heavily in demand for some folks on low incomes.

“It's about an affordable meal during a global pandemic, in an area heavily populated by seniors, who are much more likely to be affected by food insecurity. I grew up dirt poor, and I remember waiting for KFC to open in my mother's car. It would be the cold dead of Northern BC winter and we would turn the car off to save fuel. That two dollar Toonie Tuesday meal was how my falling apart at the seams mother fed us, sometimes for a day or two if the restaurant let us buy a few meals.”

Several people wanted to know more and expressed frustration that they couldn’t get the fried chicken they wanted.

As a big foodie, I find this fascinating. People are passionate about the most interesting things. It would be one thing if it was just a single person contacting me about this, but it was several and they seem genuinely pissed off about the whole situation.

There are, however, fried chicken options out there.

Just down the street is Highlight By Re-Up BBQ. I’ve been there and it’s pretty solid.

If you want to go a little further, you can check out Hi-Five at Crest Plaza on the Burnaby-New West border. They’re cheap and open 24 hours in case you get those late-night or early-morning cravings.

I hope this closing is indeed just temporary, for the sake of the owners and workers as well as those die-hard fried chicken lovers.

17497
Pfizer temporarily reduces European deliveries of vaccine
1159
Filming in New West: A bright spot in a challenging year
421
New West athlete remembered for her zest for life
210
UPDATE: Here's where you could be able to buy cannabis in New West
203
Keep those gloves handy: Environment Canada updates winter forecast for Vancouver