New Westminster school board grapples with May Day’s future

How and when the board will provide information to a May Day citizens group stirs up debate
Apr 16, 2018 5:57 AM By: Cayley Dobie 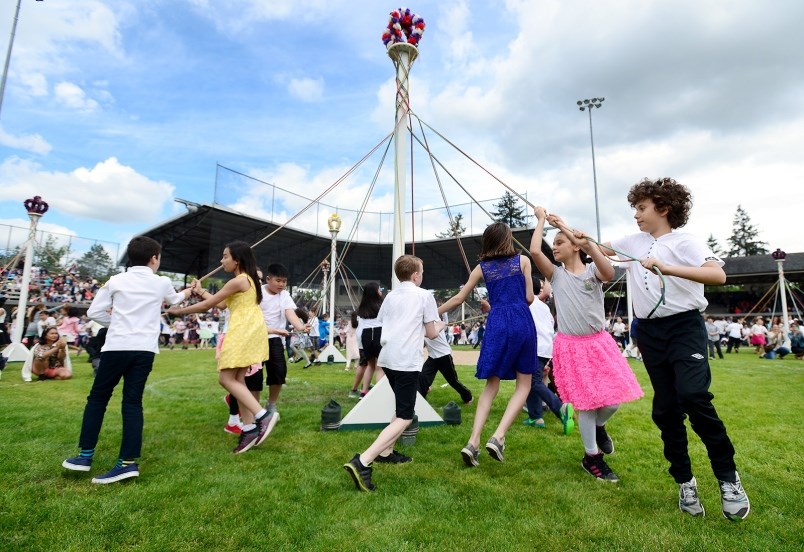 May Day returns to New West this week - and all residents are invited to attend.Record files

Emotions ran high at a New Westminster school board committee meeting Tuesday night over the future of May Day.

The school district is transitioning out of hosting the annual spring celebration in hopes a community group will take it over. One such group is the Citizens May Day Focus Group, a group led by Rocky Suffron, Nikki Binns and Lisa Graham with the goal of exploring the future of May Day.

Trustee Mary Lalji proposed the board have staff prepare a report on May Day, including an update on consultations with the city and a response to questions posed by the citizens group, in time for the board’s operations policy and planning committee meeting next week.

Trustees Kelly Slade-Kerr and Mark Gifford took issue with the timeline and accused Lalji of subverting board policies and procedures.

“This motion is out of order because of the dates supplied, and that’s why I can’t support it,” Slade-Kerr said. “Putting short-fuse responses on our staff of one week between a motion and being compiled and reporting to the board, particularly at this time of year, and also when we happen to have three vacancies with pending replacements in the organization, I think we just have to be very careful about the timing on this for our staff.”

Lalji, whose work includes planning events, said at any given time she would be able to provide an update if asked.

“I do events for a living,” she said, “and in any part in that event I can give you an update exactly where we’re at and it actually doesn’t take that long in terms of staff time. If you’re doing a good job and you know what you’re doing, it’s very easy to do an update.”

“We are treading very much into territory that is attacking staff’s ability to do their job,” she said.

Gifford suggested the timeline be extended.

“I have no problem changing things, making sure that we’re all working together and meeting the needs of what’s been laid out,” she said.

Staff will present a report on the May Day process and associated costs at the June 12 operations policy and planning committee meeting, after this year’s celebrations.

Superintendent Karim Hachlaf added that he and senior education consultant Bev Rundell had recently spoken to the city’s chief administrative officer, Lisa Spitale, about the school district embarking on a joint public consultation with the city.

Hachlaf said the city was open to the idea but only after this year’s event, which is planned for Wednesday, May 23.