A special council meeting has been called for Tuesday, Feb. 25 as part of the 2020 budget process. The city has hosted a number of events to get feedback on its 2020 to 2024 capital program and the city’s seven bold steps for climate action.
Feb 11, 2020 10:35 AM By: Theresa Mcmanus 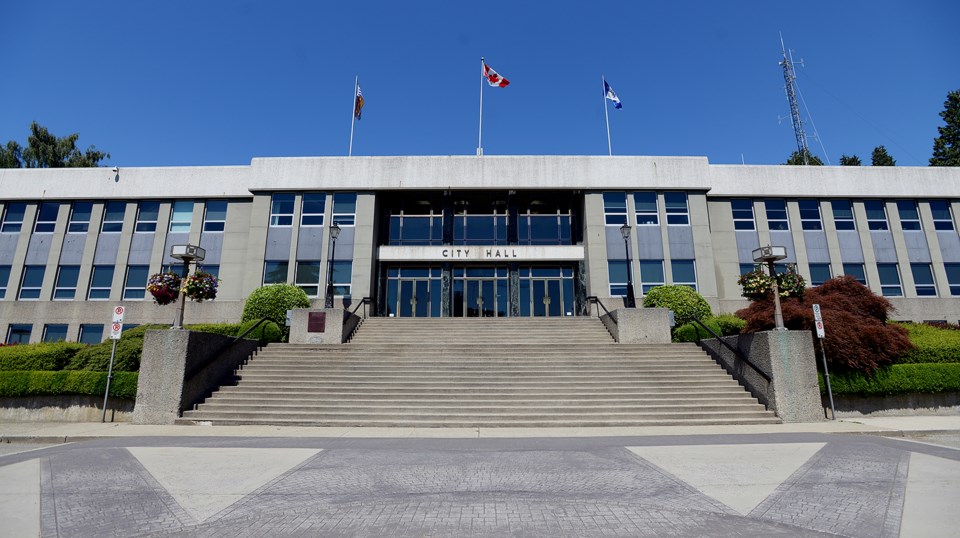 The City of New Westminster will hire a consultant to help it develop and implement a framework that advances diversity, inclusion and equity across the civic organization. Diversity and inclusion is also something being pursued by the New Westminster Police Department.

A special council meeting has been called for Tuesday, Feb. 25 as part of the 2020 budget process.

The city has hosted a number of events to get feedback on its 2020 to 2024 capital program and the city’s seven bold steps for climate action. Through an open house, a workshop, an online survey and opportunities to appear as delegations at council meetings, the city says it’s heard from about 370 community members.

A staff report outlines a number of themes heard in the consultation process. These include a desire for more information to better understand the budget and how projects are prioritized; mixed feedback on spending, with some uncomfortable with increased spending and others indicating support for the capital plan projects and spending levels; and support for climate action.

“It is important to note that while trends and themes were identified in the engagement feedback, it is evident that there is a lack of consensus on many priorities,” said the staff report. “For example, while there is broad support for the climate action steps, some participants expressed that the plan is not bold enough and more needs to be done. In contrast, a few participants questioned taking a climate lens to the budget at all or expressed a lack of belief in the city’s ability to effect change.”

Similarly, the report noted that while the vast majority of participants expressed support for investing in sustainable and active transportation, while actively discouraging vehicle infrastructure, some participants wanted more investment in road infrastructure to allow vehicles to move through the city.

Based on feedback received during the public engagement process, staff presented council with 12 budget recommendations. At its Feb. 3 meeting, council endorsed these recommendations as part of the 2020 budget deliberations:

* Prioritize and accelerate affordability and livability capital projects, such as housing, child care, economic development and incentives for improved housing.

* Prioritize initiatives with a greenhouse gas-reducing positive impact and/or potential to reduce city costs for community benefit. (Projects such as the district energy system must show significant reduction or cost savings to be implemented.)

* Prioritize initiatives that maintain and upgrade utilities and critical infrastructure and/or add capacity, such as new substations, combined sewer separation, and/or support public safety and emergency preparedness and employee health and safety.

* Prioritize and accelerate projects that support inclusion, reconciliation and engagement.

* Prioritize and accelerate projects that support the implementation of the arts and theatre strategies.

* Prioritize e-gov initiatives and continue to develop paperless practices within the corporation.

* Ensure the lifecycle of the city’s fleet of vehicles and equipment is maximized to the full extent possible and accelerate the transition to alternative fuel and electric vehicles to coincide with manufacturers’ availability.

New Westminster resident Christopher Bell appeared at the Feb. 3 meeting to praise the city for its efforts to engage with the community about the budget. He was upset that there was no staff presentation highlighting the information gathered to date or any comments from council members acknowledging the “extraordinary work” done by staff.

“It’s worth a celebration,” said Bell, later telling the Record city staff have worked like "draft mules" on this year's budget.

According to the staff report, the engagement process has revealed the need for “Budget 101” type workshops to promote community engagement around the annual budget process and the need to start engaging with the public earlier in the process and to offer more opportunities for engagement. In response to those findings, staff will develop and begin to host Budget 101 workshops in 2020.

“During the engagement process, staff heard questions such as ‘where is the biggest bang for the buck’ on climate action spending and ‘city spending on climate action and other priorities must be balanced with affordability,'” said the report. “The evaluation criteria will need to address these community comments: the city needs to develop the return on investments for each project; the city needs to list the greenhouse gas emission savings/reductions for each project; and the city needs to show more data on trade-offs, co-benefits and qualitative analysis on options.”

This year, staff will develop project-evaluation criteria that will be applied in the 2021 budget process.