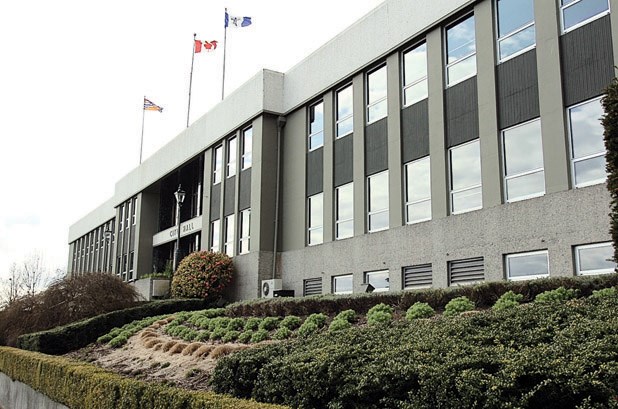 New Westminster is acting on a resident's appeal to implement a diversity mandate, which seeks to increase diversity of folks serving on city committees.

Could Pac Man, Donkey Kong and Space Invaders be returning to the Royal City? Maybe.

Back in 1999, the City of New Westminster restricted amusement arcades in the city because of complaints about noise, hours of operation and disrespectful or unlawful behaviour. Nearly two decades later, the city is considering changes that would allow amusement arcades to operate in some commercial areas of the city.

A retro-style amusement arcade is looking to open shop in downtown New Westminster, which has prompted the city to consider allowing amusement arcades as a permitted use in the C-4 and C-8 zones. In response to an inquiry about the possibility of opening an arcade in the downtown, the city is proposing changes to the regulations for amusement arcades in the city through amendments to the zoning, business license and development services fees and rates bylaws.

“Amusement arcades have regained popularity given the resurgence of the classic arcade or ‘barcade’ games geared towards adults and arcade games from the 1970s, 1980s and 1990s,” said a staff report.

The issues that led to the restrictions on arcades back in 1999 aren’t as applicable today, said a staff report.

While staff is generally supportive of the idea, it’s taking some steps to manage possible concerns. The amusement arcade can’t be located in a building or area where liquor is served; can’t be used for gambling or gaining money; can’t depict any graphic or realistic depictions of physical violence, blood, mutilated body parts, sexual acts or sexual behaviour or uses any prolonged or frequent use of profane language; and can only be able to operate between 6 a.m. and midnight, and can’t serve liquor

As part of the public process, the city will be advising the Downtown Business Improvement Association, the New Westminster Chamber of Commerce and affected residents associations of the proposed change. A public hearing is being held on Monday, Feb. 20

Quayside Park getting a new look

The submarine will be setting sail from Quayside Park.

City council has endorsed a design for the redevelopment of the small waterfront park at 1260 Quayside Dr. After the engineering department replaces a storm sewer outfall below the park in February and March, work on the new park will get underway.

Erika Mashig, the city’s parks and open space planner, said the city gathered input for the project through three open houses and two meetings with stakeholders.

“We heard loud and clear that Quayside Park is a community space and should be designed for everybody,” she said. “It’s not just a playground.”

The proposed design aims to provide improved pedestrian and cyclist circulation through the park, to maintain as many trees as possible as they provide shade and habitat and to include social seating, including communal seating for larger community events. The plan includes removal of remnants from Expo 86, including the submarine and four lighthouses, as these don’t meet current safety standards and require higher levels of maintenance over time.

Mashig said community members expressed a real desire to keep a themed play area for the kids, but were divided on the submarine. Some people love the submarine and are nostalgic about Expo 86, she said, but others support its removal so the city can improve the park’s sightlines and create a play experience that’s more diverse and more accessible to a greater age range of children.

The play area is divided into three areas, with one space featuring an adventure swing/play area and another having a marine-themed play zone (including a custom-designed play feature resembling a tipped over boat, slides, climbing structures and rubberized mounds representing waves.) Another space will have a children’s sand-play area and social seating area.

The park will also be home to movable table and chairs, a large communal table, table tennis and a community sign board.

For the past few months, more than 50 Grade 6 and 7 students have been considering the play-friendliness and child-friendliness of their local neighbourhoods. The project is part of Desiree Wilson’s dissertation research through Interdisciplinary Studies at UBC.

“Students participated in classroom sessions, during school time, related to children’s rights, outdoor play, photography, mapping and child-friendly communities,” Wilson said. “The students then went on neighbourhood walks and shared their experiences, ideas and stories about playing in their local neighbourhoods through photographs and narratives.”

The project, designed in collaboration with representatives from the school district and the city’s planning department, will complement the New Westminster Child and Youth Friendly Community Strategy. The strategy, adopted last fall, aims to help the city create neighbourhoods that meet the needs of children, youth and families.

Twelve Glenbrook students also participated in a project leadership group that helped plan the classroom sessions, a photo exhibit and a presentation to city council. Some of those students appeared before city council on Feb. 6 to provide an overview of the work they’ve done and to make some recommendations for council’s consideration.

“We started off by going around New Westminster and taking pictures of things that are friendly and unfriendly for play,” said the students. “There are some really great things in our city, but lots of kids don’t appreciate the outdoors and would rather stay at home.”

The students believe city facilities will be better used by kids if they’re included in the consultation process. They urged the city to get kids’ input when planning facilities like a new skate park (which is contemplated to be replaced when the new high school is built) and Canada Games Pool (which is planned to be redeveloped in the coming years.)

The students’ presented council with a several recommendations for its consideration, including:

*Install grips on playground equipment, as it can be slippery when wet.

* Provide wider sidewalks so kids aren’t walking as close to the road.

* Provide softer bedding on playgrounds so it doesn’t hurt as much when kids fall down.

Council unanimously referred the group’s recommendations to staff for a report.

Mayor Jonathan Cote commended the students for their “really great work” and must consider the needs of children and young adults.

“For us to really create a child-friendly city, we actually have to see the city through the eyes of the youth,” Cote said.

Wilson said it’s been a great experience working with the Glenbrook students on the project.

Two new public art installations in New Westminster will be focusing on photography.

Two large-scale temporary photo installations will adorn two walls in New Westminster as part of an annual photography festival. The city has approved installations for a wall at 350 Columbia St. and a wall at 610 Sixth St.

“This project is in partnership with the Capture Photography Festival, which is an annual festival. It takes place over one year,” said Biliana Velkova, the city’s arts coordinator. “It opens in April 2017, so the minimum that we would like the art to be up on those two sites is one year. The material itself lasts for up to five years.”

A staff report stated that the art and photography will be viewed by residents, commuters and visitors to the city. The city has endorsed a jury’s recommendation of art for the two locations in New Westminster.

*The UFCW Local 1518 building at 350 Columbia St.: Matthew Brooks will be creating an original work for this site called Phone Wall, which is a photograph of dozens of retro rotary telephones mounted to a constructed carpeted wall.

* The Telus building at 610 Sixth St.: James Nizam will create an original work of a B.C. landscape inspired image that will integrate reflections of light.

Since 2013, the Capture Photography Festival has sought to exhibit “challenging and thought-provoking photography” from local and international artists. More than 50 galleries throughout Metro Vancouver will include public installations, tours, films, artist talks and panel discussions as part of this year’s festival.

A staff report states that the total budget for both installations is $60,000, which will come out of the city’s public art fund. While the festival itself lasts one year, Velkova said the artwork may remain on the buildings for a longer period.