Pop-up recycling events are being planned to bridge gaps created by the closure of the city’s recycling depot.
Oct 7, 2019 4:48 PM By: Theresa Mcmanus 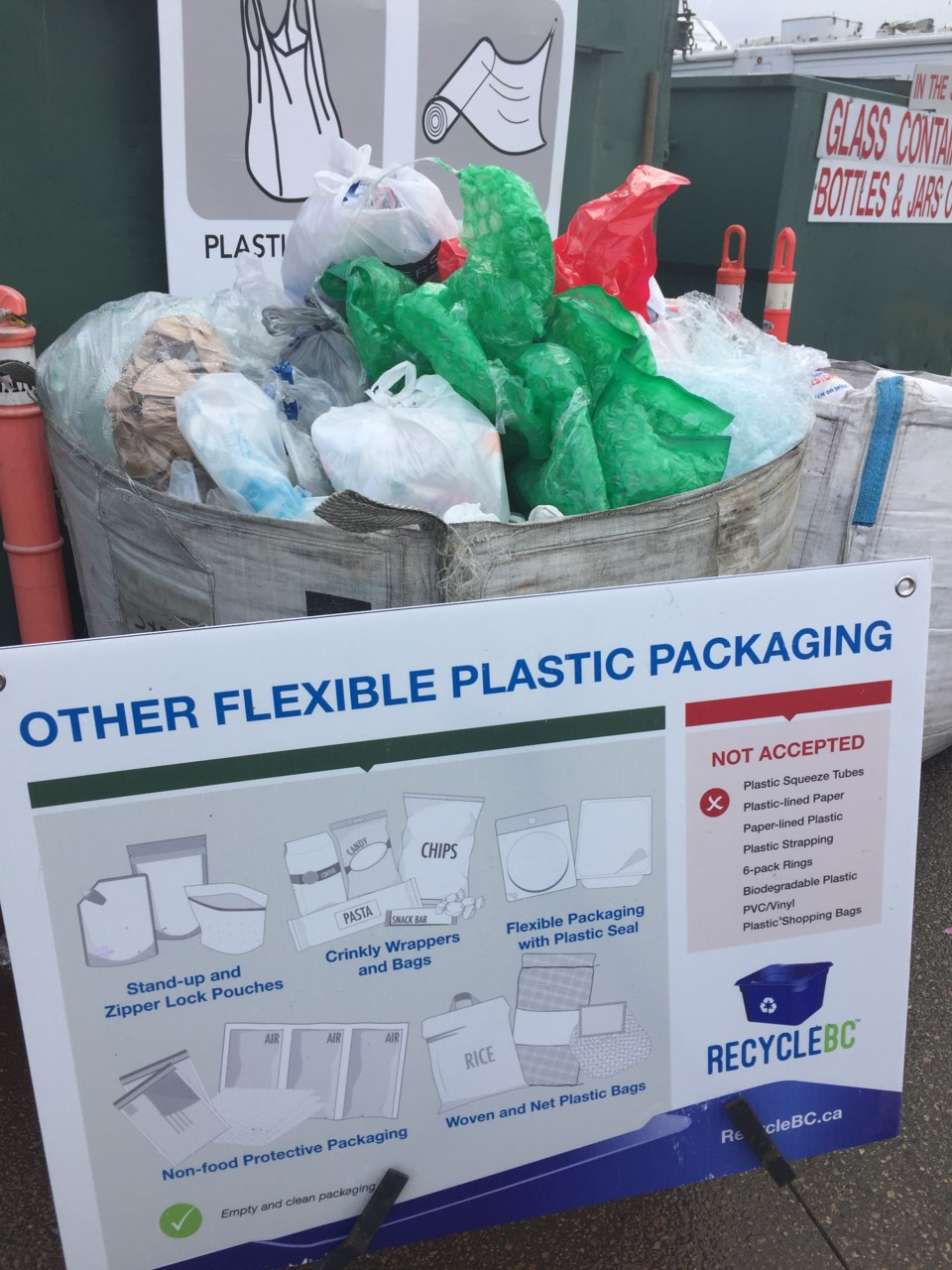 Flexible plastic packaging is currently one of the items New West residents can recycle at the recycling depot but that's going to change when the depot closes next year. Residents will be able to recycle a wider variety of items at the Coquitlam Transfer Station that's currently under construction on United Boulevard.

Pop-up recycling events are being planned to bridge gaps created by the closure of the city’s recycling depot.

The City of New Westminster anticipates it will be closing the recycling depot in early 2020 to prepare the site for construction of the new aquatics and community centre project. While the city is set to participate in a new facility on United Boulevard with Coquitlam, Port Coquitlam and Port Moody, that facility isn’t expected to be complete until the end of 2020.

Between the time that the city’s recycling depot closes and the new regional facility opens, staff will be directing residents to take their recycling materials to the existing Coquitlam Transfer Station on United Boulevard or to other recycling programs that are currently available. The city is also planning pop-up events where residents can take some of the items that aren’t collected in curbside or multifamily collection programs, such as glass packaging, Styrofoam, and soft plastics and other flexible plastic packaging.

“Those three themselves are probably the three most common items that are recyclable, but not in your curbside or multifamily," said Kristian Davis, supervisor of the solid waste and recycling branch.

City staff are planning five pop-up recycling events on Saturdays in 2020 – three at the Fourth Street parking lot next to city hall (April 18, Aug. 22 and Dec. 12) and two at the Queensborough Community Centre (June 20 and Oct. 24.) These locations were selected because they have enough space to accommodate collection containers and traffic from people dropping off materials.

“We will have bins delivered there in advance, similar to what we have at the recycling depot already,” Davis said. “These would have those sliding pockets on the side so people can access on their own. We would have staff members there to assist.”

Davis said the plan also includes incorporating a Repair Café into the pop-ups, where volunteers with different skills, such as repairing bikes or darning socks, would help repair items so they don’t have to be discarded.

A staff report estimates the cost of holding five pop-up events will be $10,000, with the bulk of those costs going toward the purchase of tools and supplies to be used for all of the events.

Since being elected in October 2018, Coun. Chinu Das said the closure of the recycling depot has been the top issues she’s heard about from residents. She supports the pop-up events to fill the gap until the new facility opens, but believes the city needs to better communicate other places people can recycle items.

“We do already have stuff in place – it is a question of communication of that information,” she said.

Coun. Nadine Nakagawa said she is “very enthusiastic” about the idea of the Repair Café.

“At the end of the day, truly Reduce Reuse and Recycle is in an order. I think people randomize them at items,” she said. “Recycling isn’t the be-all end-all. We have to continue to reuse items and repair items.”

Coun. Chuck Puchmayr said he’d like the city to consider whether it can “notch it up a bit”, as a lot of residents generate recycling in December.

Davis said it’s expected that the recycling depot will remain open until at least Feb. 1, 2020, which will handle this year’s holiday rush.

“I think what we can do is have a review at this time next year, after we’ve had a few of these events, and consider what the costs are and whether or not the city wants to continue to run events similar to these in the following years,” he said. “I agree with you – right after the holiday rush in December, we usually have our highest volumes of materials that come through our depot.”

Mayor Jonathan Cote said he’d like to see the city “push the envelope” and make the events more than places to take their recycling and to consider what other services, such as the Repair Café, can be offered to make it a Zero Waste hub.