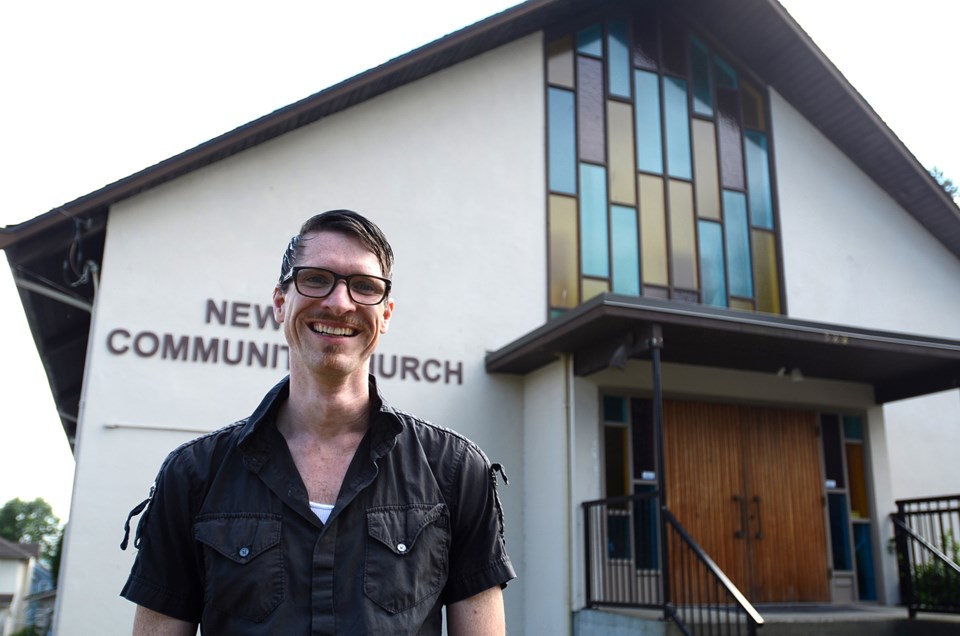 A New Westminster pastor said it’s not right to compare his campaign against adding gender identity and gender expression clauses to the Canadian Human Rights Act with neo-Nazi posters found in the city last month.

“I love trans people. I love de-trans people. I love gays and straights. I value and respect all people,” New West Community Church pastor Paul Dirks told the Record, “but there are other things at play here in regards to women and their protection.”

Posters promoting Dirks’s Woman Means Something campaign, which opposes proposed legislation that would add gender expression and gender identity to the list of prohibited grounds of discrimination, popped up in Vancouver’s Davie Street neighbourhood last week.

They are addressed to Prime Minister Justin Trudeau, stating “In order to be a Feminist, you have to believe WOMAN means something. Take action against Bill C-16.”

“The underlying principle is hateful,” said Trans Alliance Society chair Morgane Oger, who is also the provincial NDP candidate for Vancouver-False Creek. “This man is proposing to deny me my human rights.”

But Dirks said the purpose of the campaign is to protect women’s safe spaces because the proposed legislation could lead to men being allowed into women’s washrooms and change rooms.

“The bill opens spaces for predators to come in,” Dirks said.

The website attached to the campaign, which Dirks said involves about 20 people, including radical feminists and social conservatives, lists reports of voyeurism and sexual violence in gender- neutral spaces.

“It’s not based on fact,” she said. “Trans women have been using women’s spaces for almost two decades in Canada.”

The proposed legislation would do nothing legally to open up women’s safe spaces, according to Oger, because it’s not actually currently illegal for a man to enter a women’s washroom.

She called the bathroom issue “a façade” for opposing trans rights.

To Oger, bill C-16 is important because adding gender expression and identity to the prohibited grounds for discrimination, would, among other things, allow for crimes against trans people to be tracked.

“Hate crimes against trans people need to be tracked,” she said. “I’m tired of living in a world where I have an eight per cent chance of dying by homicide.”

Oger also questioned why Dirks, a straight man, was taking it upon himself to argue against C-16 on behalf of women.

Dirks said he is taking the issue on to protect the women he knows, including his daughter and wife.

“Some of them feel that the politicization of the issue means that they’re silenced,” Dirks said. “When you speak out, even if you’re saying, ‘I love trans people, I love de-trans people, I love gay, I love straight, I value every single person,’ you’re still labelled a Nazi or transphobic.”

To Oger, however, there is no way to love trans people and oppose bill C-16 at the same time.

“No, you can’t,” she said, “because this bill is about trans people, and the rest is all just a fancy, shiny façade.”