New Westminster parents fed up with portables at Queen Elizabeth

News of two more portables being added to the already crowded Queen Elizabeth Elementary School site has parents concerned about the welfare of their children.
May 18, 2018 10:05 AM By: Cayley Dobie 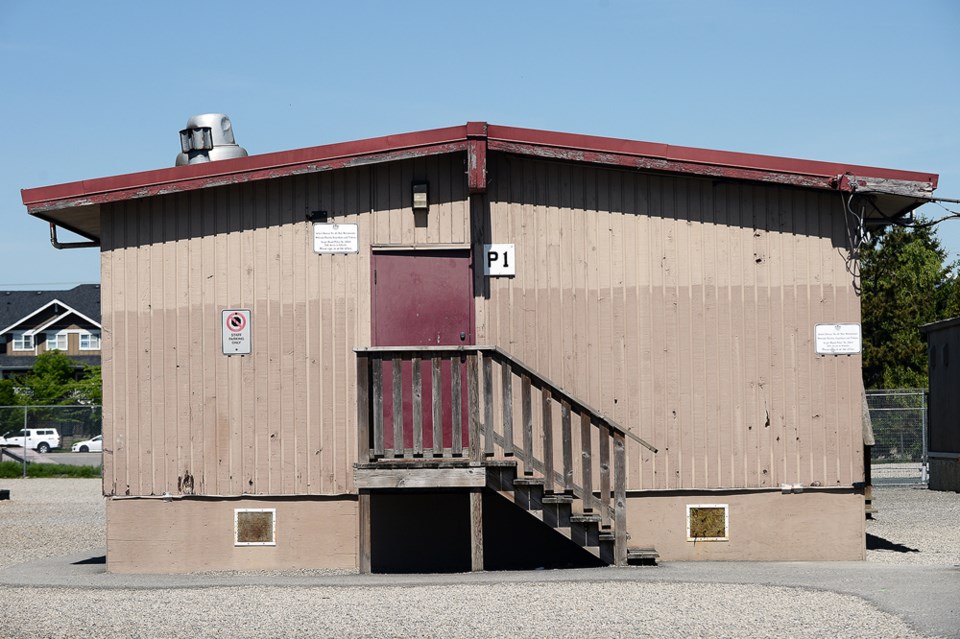 News of two more portables being added to the already crowded Queen Elizabeth Elementary School site has parents concerned about the welfare of their children.

Queen Elizabeth Elementary in Queensborough was built for a capacity of roughly 300 students, but a development boom in the neighbourhood has seen enrolment balloon to more than 400. To make room, Grade 5 students were moved to Queensborough Middle School and portables have been added over the years.

Currently, the school has five portables and two modular buildings on the site, and because enrolment at the school is expected to continue to rise, the school district is bringing in two new portables to the site for next September (next year’s projected enrolment is more than 450 students).

But parents don’t want more portables – especially if they don’t have running water or bathrooms.

Alison Dendoff’s child is in Grade 2 at Queen Elizabeth, and, while her child isn’t in a portable, Dendoff is concerned about the distance the kids who are will have to travel just to use the washroom.

“This school only goes up to Grade 4, so these are quite young kids,” she told school trustees and staff at last week’s board meeting.

Dendoff and two other Queen Elizabeth parents were at the meeting to ask the board to have the new portables plumbed.

Right now, the modular buildings and one portable have plumbing. Students in the four other buildings have to either walk to the school use the washroom or the one portable bathroom.

“I mean it’s kind of unacceptable the way it is, and it’s dirty. You’re walking in the mud to get there and it’s cold and it’s far, and from the last set of portables it’s going to be very hard to go wash your hands,” said one parent who wouldn’t give her name. Next year her son will be in Grade 4 and her daughter will be starting kindergarten.

“It just seems like the right thing to do in terms of plumbing, not only for safety reasons but just in sheer number. We are packing kids on the site,” she said.

Lalji wants the school district to plumb the new portables right away, but staff says that decision won’t be made until the principal and maintenance and operations staff determine if plumbing is necessary or not.

“The principal is still determining what classes are going where and how the portables will be utilized, and if there is need for additional washroom space, that will be planned,” secretary-treasurer Kevin Lorenz said at the meeting.

If a bathroom is needed, staff will install what’s called a washroom cart, which is a separate building that’s attached to a portable. The existing portable bathroom is a washroom cart, and it is accessible internally from one of the classrooms and externally by the others, Lorenz said.

The principal, in consultation with operations and maintenance staff, is expected to make his decision by the end of the school year. If a washroom cart is necessary, it’ll be installed in time for September.