Staff to report back to council with options and timeline
Jul 9, 2021 10:51 AM By: Theresa McManus 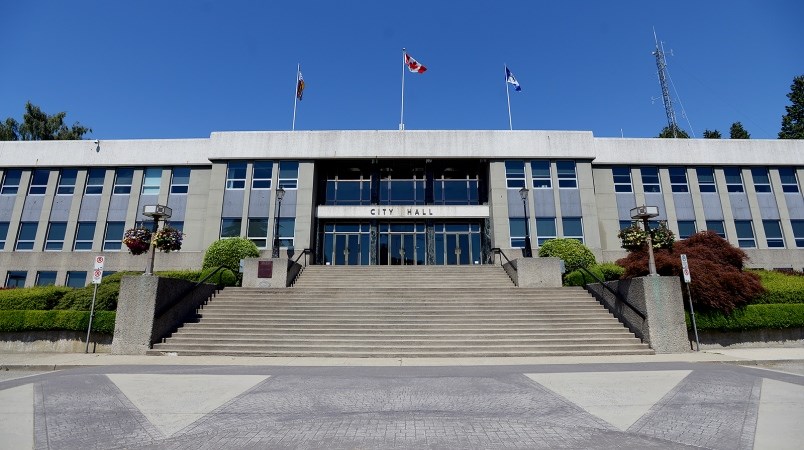 New Westminster is taking a break from accepting applications for heritage revitalization agreements in the Queen’s Park neighbourhood.

In a five-to-two vote, council recently approved a motion by Mayor Jonathan Cote to temporarily suspend heritage revitalization agreement (HRA) applications in the Queen’s Park heritage conservation area, excluding those that had been received by the city before the motion was approved on June 21. Staff will report back to council on the number and status of HRA applications and pre-application reviews that the city had received by June 21.

Cote said he’s supported many of the heritage revitalization agreement applications that have come forward, but he’d like to pause the consideration of new applications until the city puts some policies in place. He noted the city’s HRA policies and guidelines were developed before the Queen’s Park heritage conservation area was created in 2017, which makes it “challenging” for council to evaluate the benefits of supporting heritage revitalization agreements in Queen’s Park compared to neighbourhoods where that level of heritage protection doesn’t exist.

“How do we evaluate that from another area that doesn’t have a heritage conservation area to really kind of determine what the appropriate benefit or corresponding benefit should be?” he said. “From my perspective, I do think this is actually a policy gap that we do have that does need to be looked at to ensure that we are getting the level of heritage benefit for an HRA for the level of benefit that we are giving.”

Cote believes council, residents and applicants will all benefit by having better clarity on the use of HRAs in Queen’s Park.

“It is an area of policy work that I think I’d like to see the gaps filled until we start receiving any new applications,” he said.

Coun. Jaimie McEvoy said council anticipated this type of policy work would be done after the heritage conservation area was created but it hasn’t happened because of the pandemic and workload issues. As a result, he said council has been making ad-hoc decisions – leaving some to question if those heritage revitalization agreements are achieving a heritage benefit.

“We need to do some good governance and some good policy building,” he said. “We need to give people a chance to be heard other than in an ad-hoc way one battle at a time which will only create ill will in terms of all the good work that we are trying to do.”

Coun. Chuck Puchmayr said the city created a heritage conservation area because it believes the heritage houses in the Queen’s Park neighbourhood are an asset to the city. He said some of the HRA applications have left him scratching his head, as people are pledging to protect a home that’s already protected under the heritage conservation area – and they’re also getting a “huge density” as part of that agreement.

“I do see there are speculators out there that do see this as a way of getting something extra in that community,” he said, “so we need to iron that out.”

While this policy work will help create a “smooth system” for people wanting to develop in Queen’s Park, Puchmayr said council’s motion won’t halt applications for heritage revitalization agreements in other neighbourhoods.

Coun. Nadine Nakagawa said she had mixed feeling about freezing HRA applications in Queen’s Park without introducing a timeline for the completion of policy work by staff, as she doesn’t want the process to drag on. While she thinks it makes to have some additional clarity around community benefits in HRAs, Nakagawa said this isn’t her top housing priority for the city.

Emilie Adin, the city’s director of development services, said staff will continue to consider applications that have already been presented to the city and will report back to council with some options and a timeline for undertaking this policy work.

Cote said this policy work will require some staff resources, but it’s a “pretty narrow scope” of work staff are being asked to undertake. He said it wouldn’t be a complete review of all heritage revitalization agreements but will consider how more recent work done as part of the official community plan and the Queen’s Park heritage conservation area should be reflected in the HRA policy.

“Failing to answer that question, we are not really saving staff time because I think we have seen, even in the past year, the amount of staff time that has gone into individual applications where there have been policy gaps and issues,” he said. “I think that has actually extended the amount of time and work put into these applications that could go a lot smoother and not create as much issues if that gap was filled.”

Councillors Mary Trentadue and Patrick Johnstone supported a motion to have staff report back with a timeline for doing the proposed work, but they voted against the motion to pause consideration of heritage revitalization agreements in Queen’s Park.

“I guess I can understand how this motion has come about. I have to say, honestly, that I am not that supportive,” Trentadue said. “I do support the idea of increased density in single-family neighbourhoods. I think we have spent a lot of time trying to achieve that. Absolutely, it is not perfect and there have been some challenges that were perhaps unexpected, but I actually think the HRAs that have been supported by council, I still support them.”

Johnstone said he doesn’t think that freezing HRA applications is in spirit of what was discussed when council considered and approved the Queen’s Park heritage conservation area (HCA).

While the heritage revitalization agreement process “is bumpier than we might like right now,” Johnstone said he’s not supportive of freezing new applications in Queen’s Park.

Based on council’s input, Cote said he thinks there should be some kind of time limit on when staff would report back to council with some recommendations. Although heritage revitalization agreements can support the addition of new forms of housing and gentle density in Queen’s Park, such as laneway homes, he said that’s not their main intent.

“If that is your primary goal, an HRA is actually not the right tool for that. We should actually be doing a review of our zoning bylaw as to what is allowed in our zones. That is the true intent,” he said. “Solely waiting for someone to fix up their heritage house or do something with their heritage house to achieve that is probably the least effective way of achieving those types of housing goals. So if that is your primary goal and motive, I would probably say there are bigger and more important conversations to be having in that regard.”

What is an HRA?

According to the City of New Westminster’s website, a heritage revitalization agreement is a form of long-term, legal protection of a home that’s negotiated between a property owner and the city.

In exchange for retention of a heritage building and some restoration work, an HRA allows the city to supersede local zoning regulations and provide non-financial incentives that would make it viable for the applicant to conserve the property.