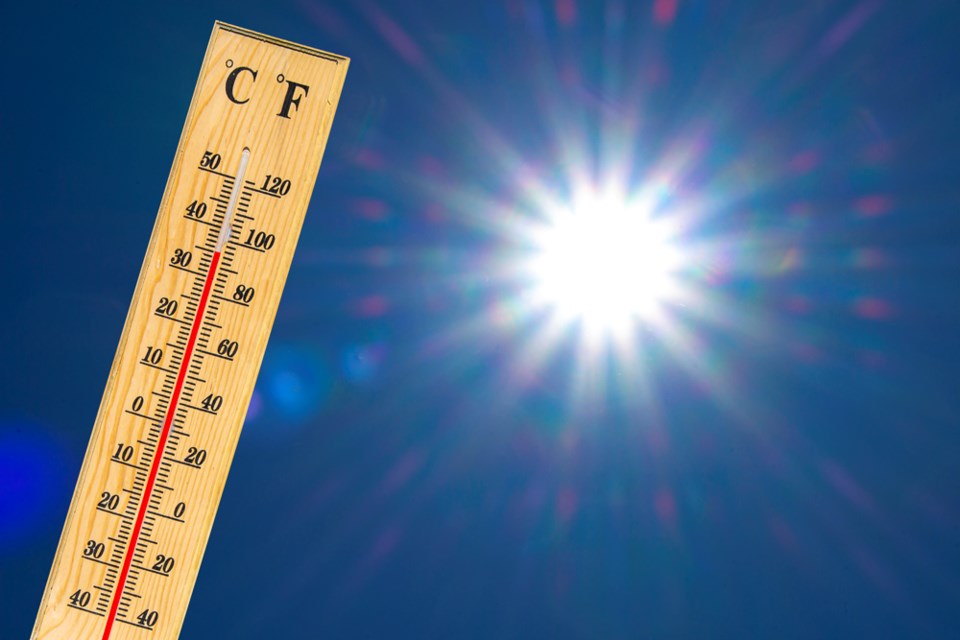 The response to the recent record-breaking heat wave was a “failure” by the province’s medical response system, says Mayor Jonathan Cote.

“We recognize at this point though, there were terrible losses and there was a lot of suffering in the community related to the heat,” he said. “I think all levels of government, including the local government, need to look at the work we do to help and respond and to be able to serve our community. In all communities across the province, I feel we have let community members down. We have let seniors down. As has been very clear, people have lost their lives coming out of that heat.”

Temperatures soared across British Columbia in the final days of June, with a record-setting 42.3C reported in New West on June 28. In a 24-hour period from June 29 to 30, New Westminster police had attended about 18 sudden death files.

Across the province, hundreds of people died of sudden deaths in the heat wave, which prompted some paramedics to say the system had failed British Columbians. Many people who called 911 during the heat wave were unable to get through because of the high call volumes.

“First and foremost, I think we need to recognize and call out the failure of our provincial emergency medical response system. It was overwhelmed and it did not deliver to provide the protection that was needed in this type of emergency situation,” Cote said. “We had lots of reports of the E-Comm system, the emergency system, long wait times to get through and inability for service to get there.”

Cote said it’s not a new issue, as local governments have been calling for improvements to the emergency medical response system for years.

“It’s unfortunate that it’s come to this type of crisis where people have lost their lives,” he said. “I am hoping this is the galvanizing point that allows us to come together and finally fix and improve that system, and provide more resources to make sure that our ambulance system can do what it was always intended to do, to not only respond to normal conditions but in emergency situations, to be able to step up too.”

Cote said local governments also have a role to play in responding to these types of heat events, as they’re the level of government that’s most closely connected to residents and provide services that are critically important in helping community members.

“I do recognize the tireless work from our emergency professionals that did have really difficult positions responding to the emergency,” he said. “I do thank them for the tremendous work they did to help and respond and really help our community members the best they could during that time.”

When the temperatures soared, Cote said the City of New Westminster had a heat plan in place, which was implemented. That included the opening of cooling centres in the city.

Reflecting on the situation, Cote said the city needs to spend some time making improvements and increasing actions in its heat response. He said the city also has to improve its ability to communicate to residents, so they have information, know how to get help and know where cooling centres are located.

Cote said the province and municipalities have work to do to prepare for future heat events.

“As part of our climate work, we need to make sure that our community is more resilient, more adaptive and be able to support residents, particularly those most vulnerable to these effects,” he said. “I think we certainly have a role to play, to play strong advocates for the provincial government to step up the work they need to do, but I think we also have to be reflective of the work we can do locally and have to do to better respond and take case of our community.”

Coun. Chuck Puchymar said the city formerly had an emergency advisory committee, which included representatives from the Royal Westminster Regiment, St. John Ambulance, BC Ambulance, Qayqayt First Nation, the Justice Institute of BC, the New Westminster school district, New Westminster Police Victims Assistance, Fraser Health and the Salvation Army. Through the police and fire departments, he said he’d like that committee to be reinstated.

“I feel strongly that not having that planning mechanism with all those very high-profile players is a disadvantage to us,” he said. “I think there is a huge advantage in having those players at the table.”

Staff will report back to council about the idea of reinstating the committee or other options that council may want to consider.

Coun. Jaimie McEvoy said the heat wave demonstrated the need to expect that “disastrous and deadly heat waves are going to happen” and to plan at that level.

“One thing that was different about this is that when New Westminster has a disaster we can normally get help. We have arrangements with a regional ambulance service. We have arrangements with other fire departments,” he said. “This time, the outside help was busy too. There was nobody else who could help and respond to our city or to any of the other cities because everybody was overwhelmed dealing with the same problem.”

“Now we are responding to the reality of it,” he said. “To be a leader on climate change now becomes to become a leader on disaster planning and response.”