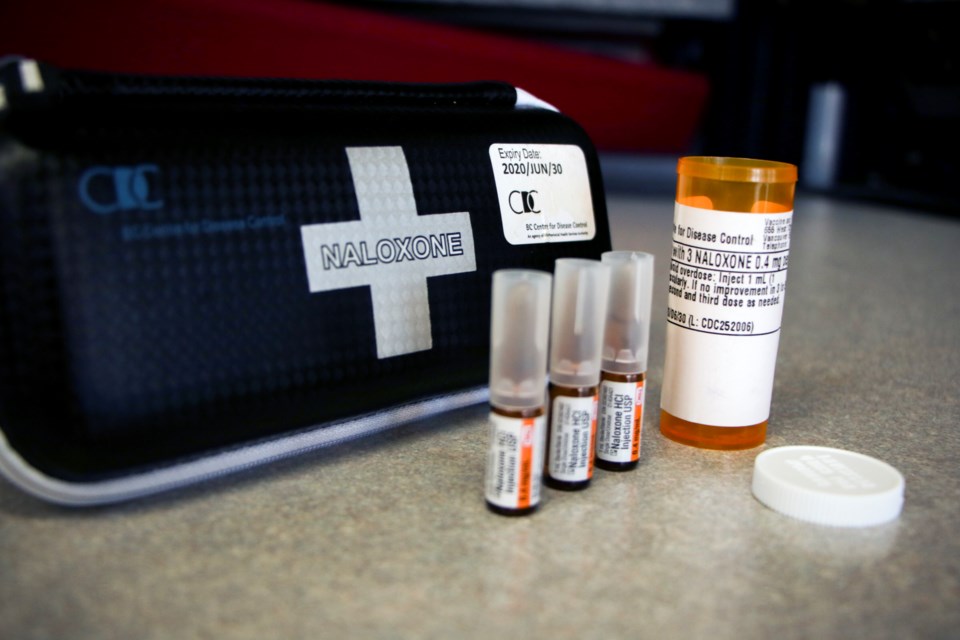 New Westminster wants an overdose prevention site to open as soon as possible to help prevent people from dying in the drug poisoning crisis.

Fraser Health has selected the Lower Mainland Purpose Society to operate a health contact centre at 40 Begbie St. The facility, which would be open daily from 3 to 11 p.m., would provide witnessed consumption, drug testing, harm reduction supplies, take-home naloxone kits, training on naloxone, education on safe drug use, nutritional information, a medical clinic, regular needle sweeps of the neighbourhood and referrals to treatment centres and other economic and/or health services.

On Monday, council directed staff to process the Purpose Society’s application for a temporary use permit for the health contact centre. Council also urged staff to do whatever is possible to ensure the facility opens as soon as possible.

“We know that 31 people died last year in New Westminster. That means that’s two to three people per month,” said Coun. Nadine Nakagawa. “I am just deeply concerned how long this consultation will take. That could be people’s lives.”

The engagement process related to the application will include a project webpage and a virtual information session.

John Stark, the city’s supervisor of community planning, said the city is “moving this forward as quickly as possible,” recognizing community notifications are required and the space where the facility will be located is occupied by Purpose Independent school.

“Even if we were able to move quicker, it probably wouldn’t mean that the health contact centre could go at 40 Begbie St. any sooner,” he said. “Purpose Society is currently in the process of relocating its Purpose independent school, and the health contact centre would occupy the main floor, which is where Purpose independent school is now. That would probably take a minimum of several months because they are still doing some work around the site where they plan to relocate the school.”

Stark said staff are working with Fraser Health and trying to have everything ready for council’s consideration by March 30.

“I appreciate the complexity of that space,” Nakagawa said. “I guess the problem is, with absolutely no criticism to our staff, that’s potentially four to five people who could be dying in the meantime needing this service. I just don’t think that that is acceptable.”

A temporary use permit is required because a health contact centre isn’t a permitted use under the current zoning.

“We recognize that this is a public health emergency. It’s not hyperbole to say people may die waiting for services like this to be available,” said Coun. Patrick Johnstone. “I think we do need to keep that in mind. Anything we can to assist Fraser Health in getting these types of services open as soon as possible, I hope we will be exploring those opportunities.”

Time of the essence

Stark said staff would follow up with Fraser Health and see if an interim strategy could be put in place until this facility is up and running.

“Staff is fully aware and very concerned about any time lag, given that there were 31 deaths during the first 11 months of 2020. We are fully aware of that, trying to work with Fraser Health,” he said. “We are trying to get a better understanding as to the funding parameters too. Of course, we know that funding will be in place as of March 31. But there is also staffing and funding considerations that we would have to look at as part of any health contact centre overdose prevention site.”

Provincial medical experts have reported an increasingly toxic drug supply, a higher propensity to use drugs alone, declining mental health, and increased substance use during the COVID-19 pandemic as reasons for the soaring death rate, said a staff report.

In response to the drug overdose crisis, the provincial government declared a state of emergency in B.C. in April 2016. In July 2020, city council directed staff to work with Fraser Health to explore an overdose prevention site and a safe supply program in New Westminster.

“There is evidence that overdose prevention sites save lives and reduce the rate and spread of infectious diseases,” said the staff report. “They also facilitate enhanced access to drug treatment, rehabilitation and recovery services.”

Johnstone said the city needs to be honest and clear with the public that a decision has already been made an overdose prevention site.

“We asked to have these services in New Westminster, and the health authority has announced it is supportive of it to support a public health emergency,” he said. “This is a vital public health intervention that will save lives. And in that sense, I don’t want people to think that we are consulting on whether we support this existing in our city or not. … We have already made that decision as a council.”

“Please let us know what we can do to let it happen faster,” she said. “We are talking about people’s lives, so we need to do that as quickly as possible.”

Trentadue said engagement about the temporary use permit isn’t being done to get the public’s “permission” to open the facility but to get input on how to make it work in the neighbourhood.